Three youths who threatened to kidnap a man and went ahead to demand for N2 million but eventually collected the sum of N1 million have been arrested by operatives of the Kano State police Command, the command announced on Saturday, October 16.

What is particularly worrisome about the development is that two of the three youths were teenagers and they, alongside the third person, were said to have contacted the man on phone, threatening to kidnap him and his family if the N2 million was not paid.

The three youths, whose names and ages were given as Salihu Usman, aged 24 years; Mubarak Aliyu, aged 18 years and Sahibul Husna Auwal, aged 17 years, were arrested by a team of detectives of the state police command following a report lodged by the man at the police station. 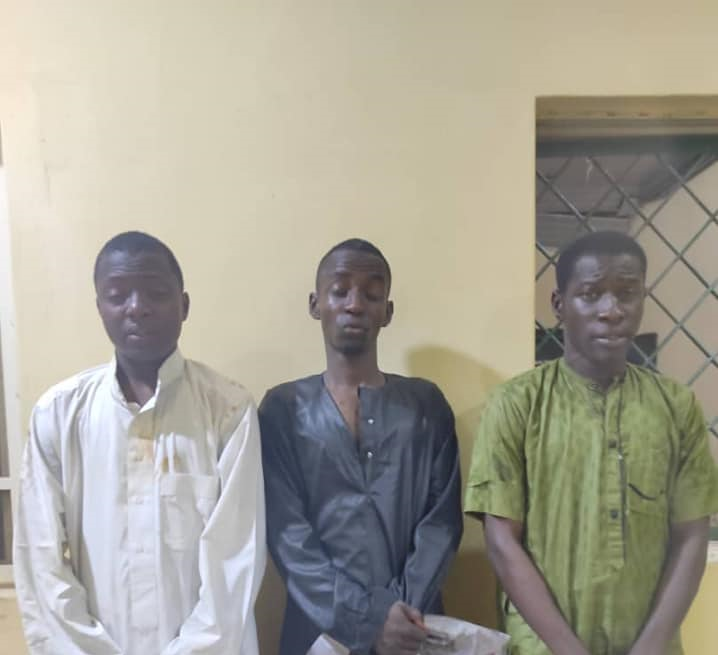 It was gathered that the three youths contacted the man on his phone in Kano City and threatened to kidnap him and his family unless he paid the sum of N2 million for them not to abduct him.

The man was said to have received another call from the same people the second time, telling him his whereabouts and warning him to pay the money or else, he would be kidnapped. He was said to have negotiated with the youths and paid the sum of N1 million.

However, according to a statement by the state police command through its Public Relations Officer, DSP Abdullahi Haruna Kiyawa, after paying the amount, the three youths still contacted him and demanded for more money.

This made the man lodge a report at the Sharada Phase II Police Station about what he was going through and upon receiving the report, the detectives swung into action and, following intelligence gathered, they were able to trace the three youths to their location and they were promptly arrested.

The statement added that after their arrest and during interrogation, the three youths were said to have admitted planning to kidnap the man and that they demanded the sum of N2 million. They added that they collected the sum of N1 million from him.

The statement added that the three youths are still being investigated after which they would be prosecuted in the court of law.