The five projects contain a new trailer park, flyover at the customs roundabout, a double carriageway from customs to Muna, Kwanan Yobe road and drainage system, and Maiduguri-Bama expressway.

He began his inspection with the new Maiduguri trailer park and authorized the discharge of more funds to fasten actualization.

The Governor walked to the Customs flyover project which links three toads that contain binding Maiduguri to Dikwa-Ngala economic road that leads to neighboring nations of Cameroon and Chad. The flyover is 2.4 kilometers long with two distinct corridors on top of the bridge and at the underside.

The Governor explained that the flyover is aimed at easing traffic at the typically overcrowded Customs roundabout in Maiduguri.

He explained further that he is opening up the state capital as a component of the retort to boosted vehicular activities on the roads induced by public growth greatly stimulated by unnatural migration of families some of whom have resolved in Maiduguri as a result of banishment by insurgents.

He was later at the site of the ongoing 10km double carriageway tying custom roundabout to Muna and 2.5km Kwanan Yobe road and drainage structure in Jere Local Government Area.

The Governor examined the 65km Bama-Maiduguri highway which, when finished, will link the state capital to the Cameroon Republic through the commercial town of Banki. The Governor was amused by the betterment of work.

“We need to fast the operation and this should not influence the virtue and specifications”, Zulum said during the visit.

In the program of his inspection of projects, Governor Zulum visited Alau agro community and disseminated irrigation loads to over 120 farmers.

30 groups of four people each making a total of 120 farmers were empowered with water pumping machines and other structures that the Chad Basin Development Authority contributed to the Borno State Government to strengthen agricultural programs. 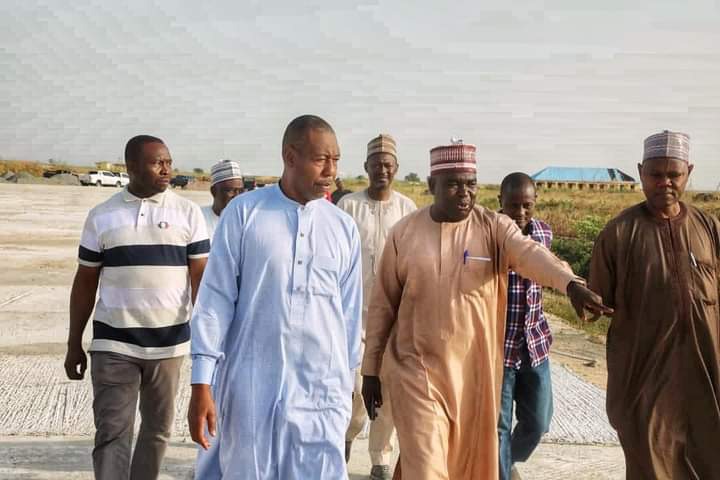 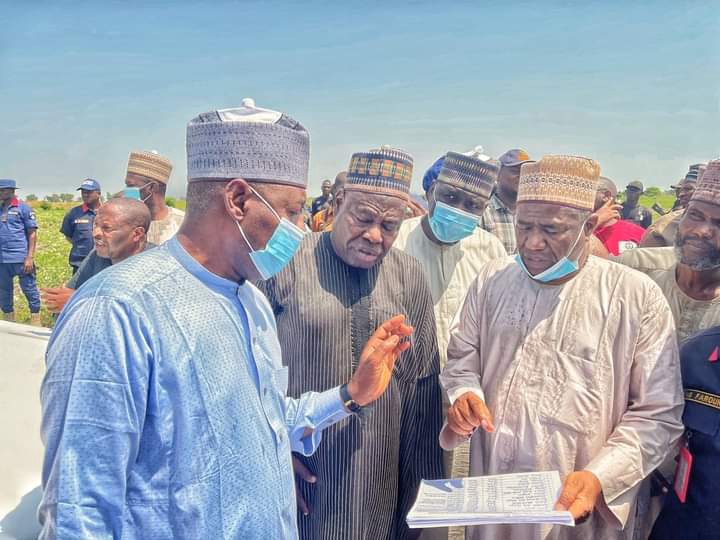 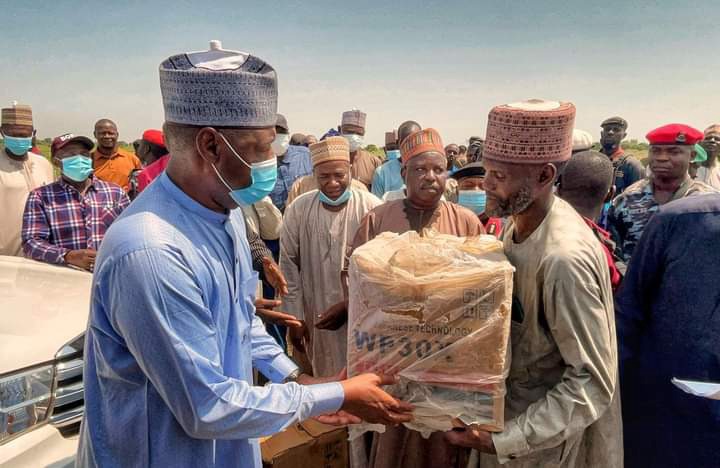 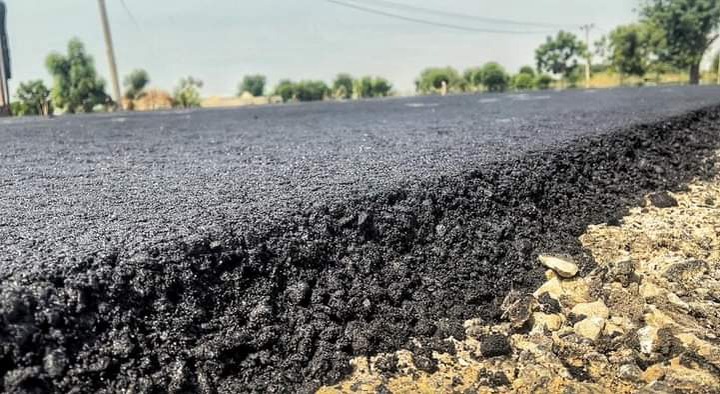 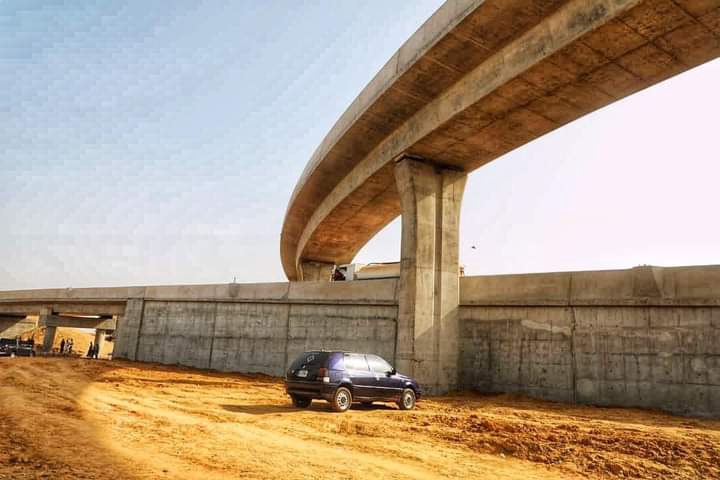 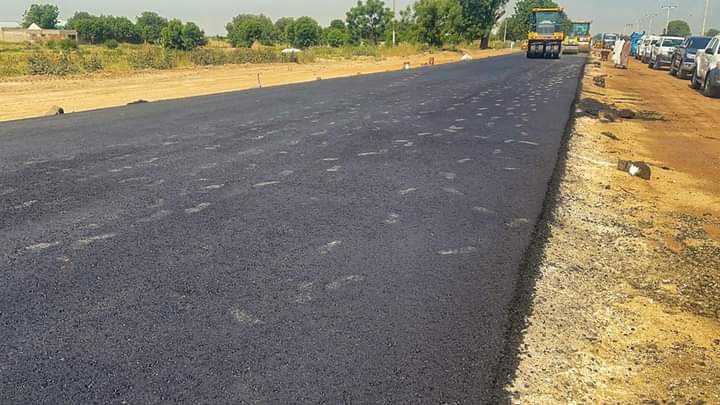 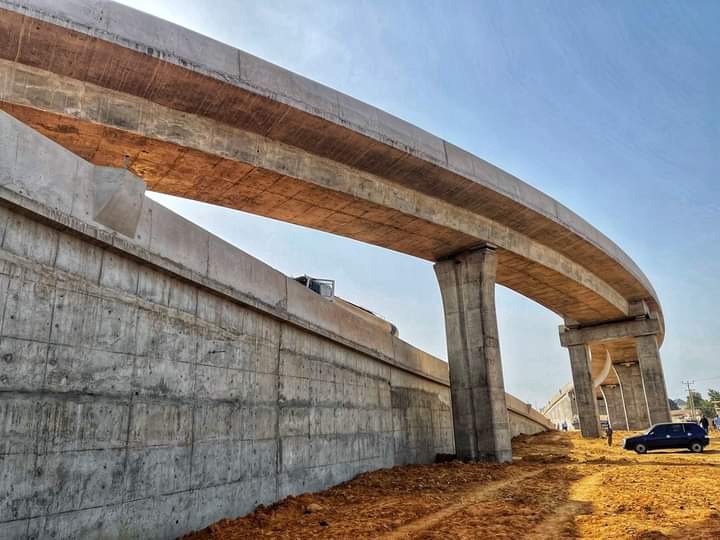 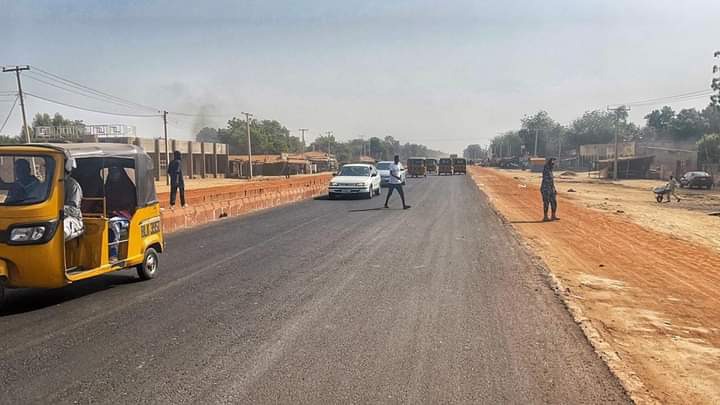 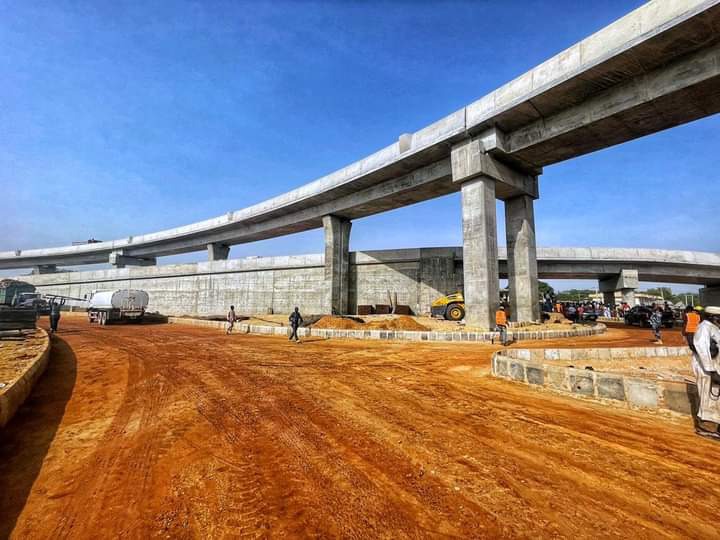 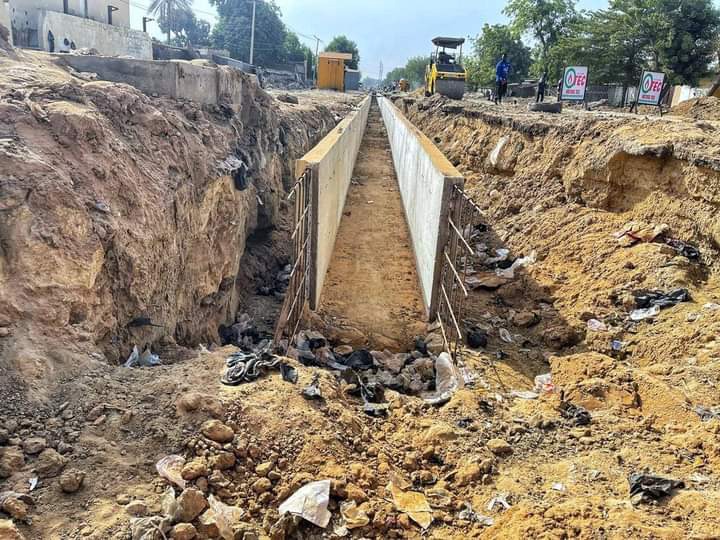 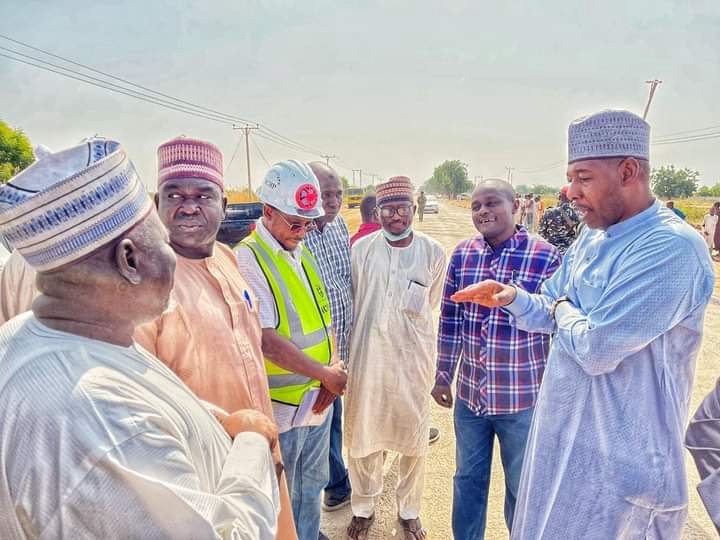 Source: The governor of Borno state