A one handed Man Identified as Dauda Sheidu is one of those individuals that need the help of the Government. He is proving his disability is not the end of his life and he is doing his best to be happy. The Man currently works as a vulcanizer in Okene, Kogi State. Mr Dauda helps people in fixing their car tyres and he is really good at it. The only problem he has is the fact that alot of people get discouraged whenever they find out he has one hand, they believe that he is not competent enough for the job. 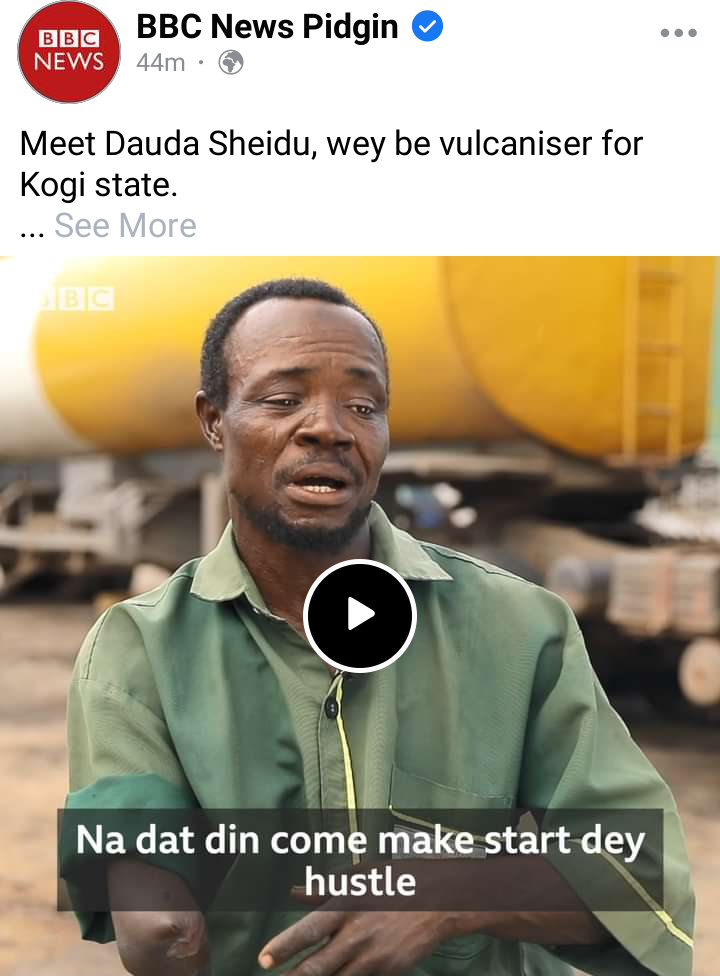 Speaking on how he lost his hand, he explained that he learnt how to be a Vulcanizer when he was still in Secondary School. After he gained his freedom he decided to open up his own shop but he had no money for that. He decided to be a Motorcycle rider so he would be able to earn money and open up his shop, it was while driving his motorcycle that he had an accident. 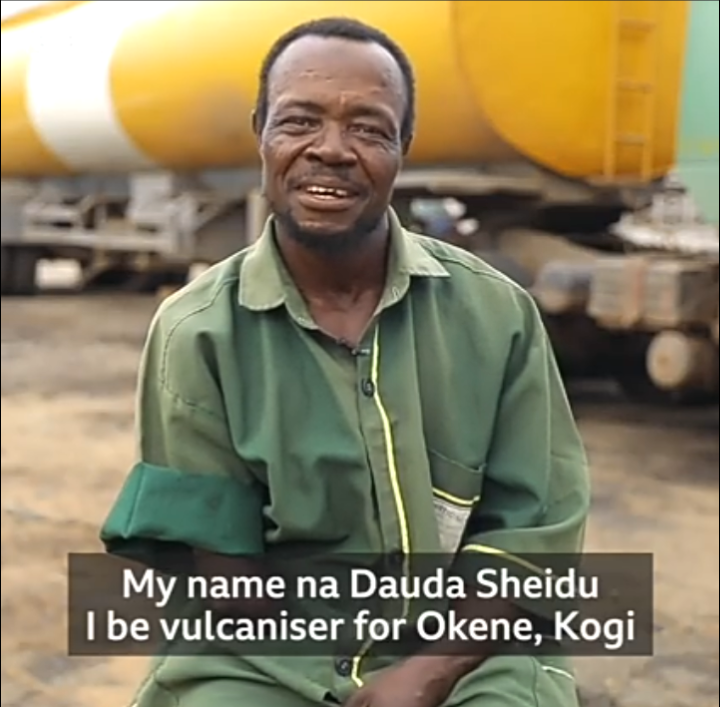 That accident landed him in the hospital for one year and it was there that the Doctors had to cut off his one hand. Even while he was in the hospital his Wife left him, she could no longer stay with him because of his condition. After she left him, Mr Dauda became motivated and decided to hustle and make money. He was able to work hard and find another Wife that loves him with his condition. 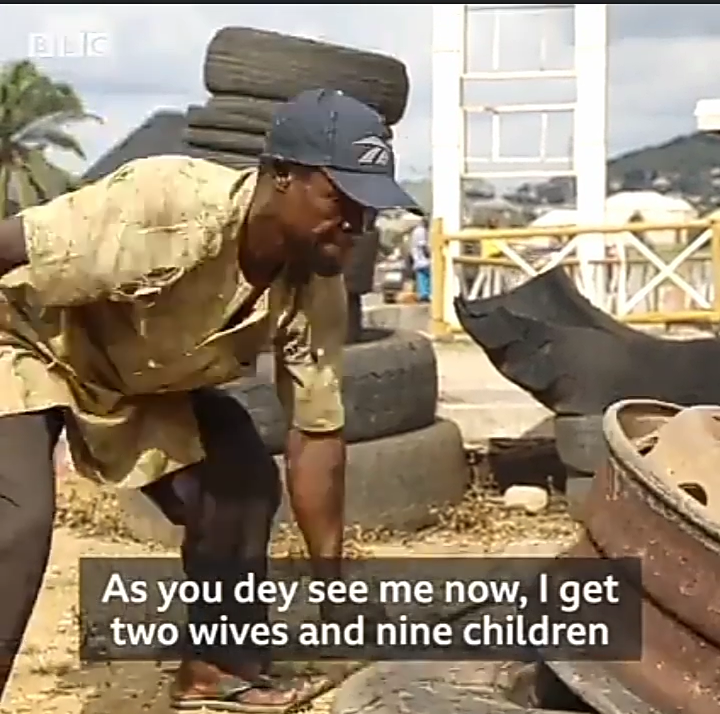 Now he is married to 2 Women and they have 9 children together, he is able to take care of all of them with his work as a vulcanizer. He further revealed that he resisted the temptation to go into the street and start begging for money. At first he was worried about how he would cope with such a job, but as time went by he got used to it and he is doing well. 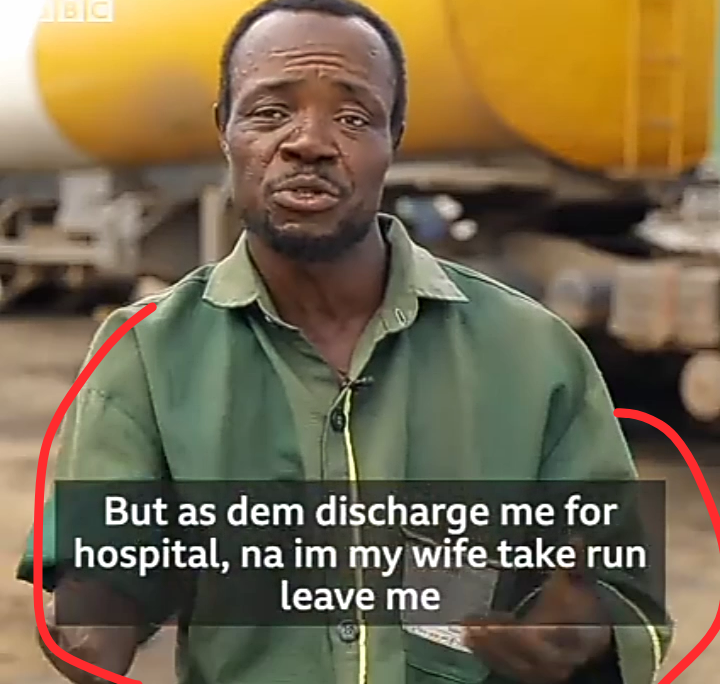 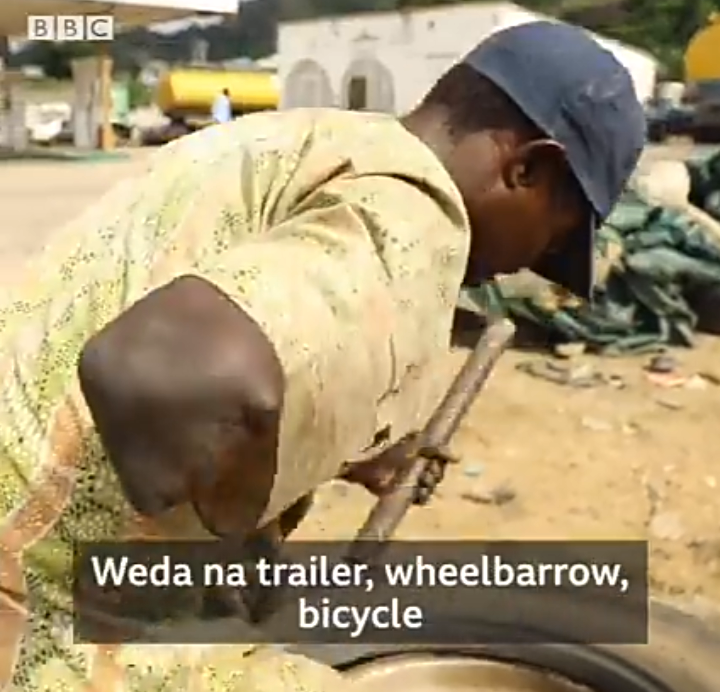 The young Man is happy doing his work but his only problem is that he doesn't have enough tools. The Government should be able to take him up and empower him, he has alot of responsibilities to take care of and he can't do this with his little shop. 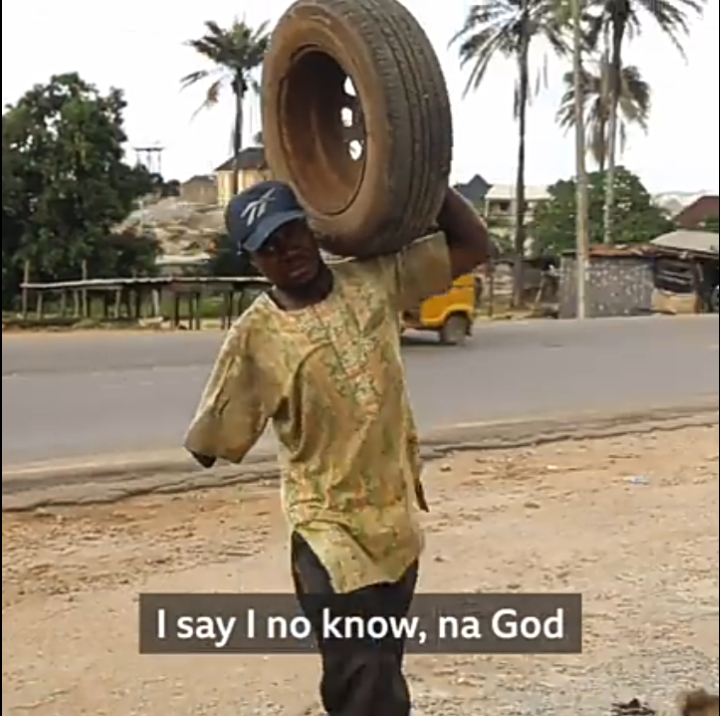 Government should try their best in providing him with a better shop and also the necessary tools that he needs. It is rare to find someone with such a condition on the street working for his money, most people just end up being beggers. This Man did not give up even after he lost his hand and his Wife, he still continued to work hard to earn money.

People like him deserves help from the Government, he deserves to be empowered so he can take good care of his Wife and kids. The Man serves as an inspiration to everybody living with one disability or the other, it shows that you can still do anything you want even when you do not have complete body parts. 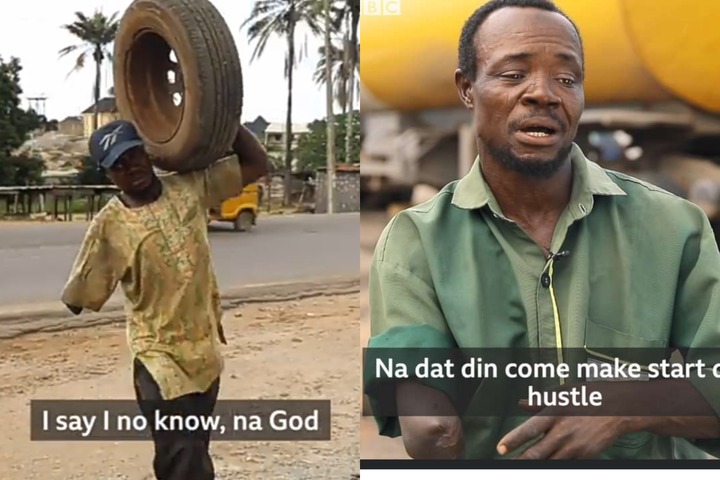 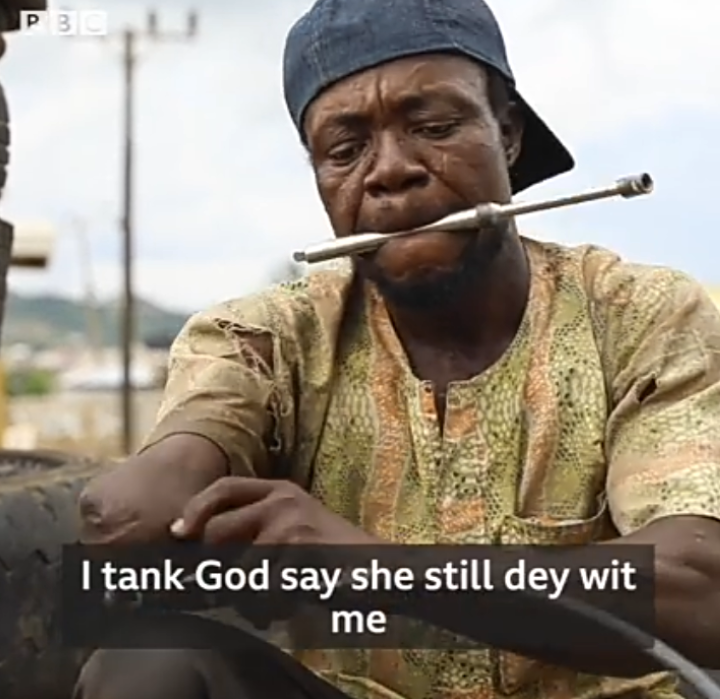 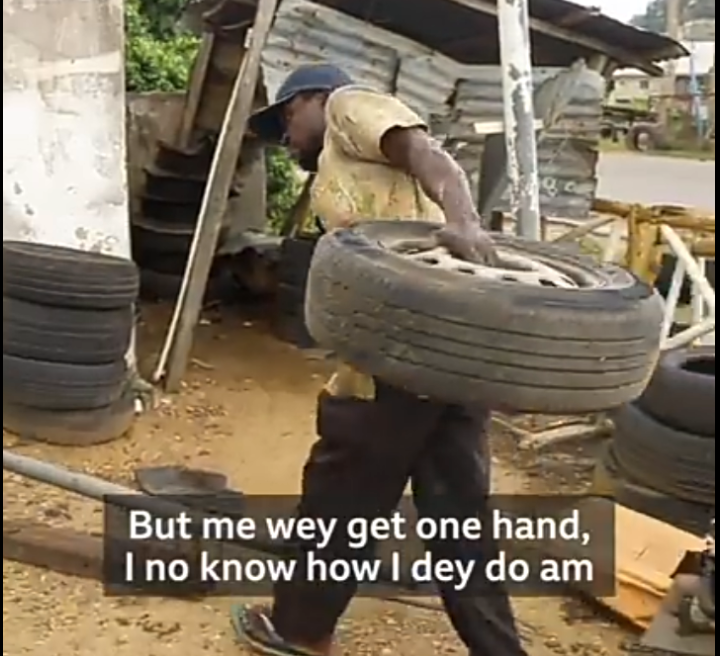 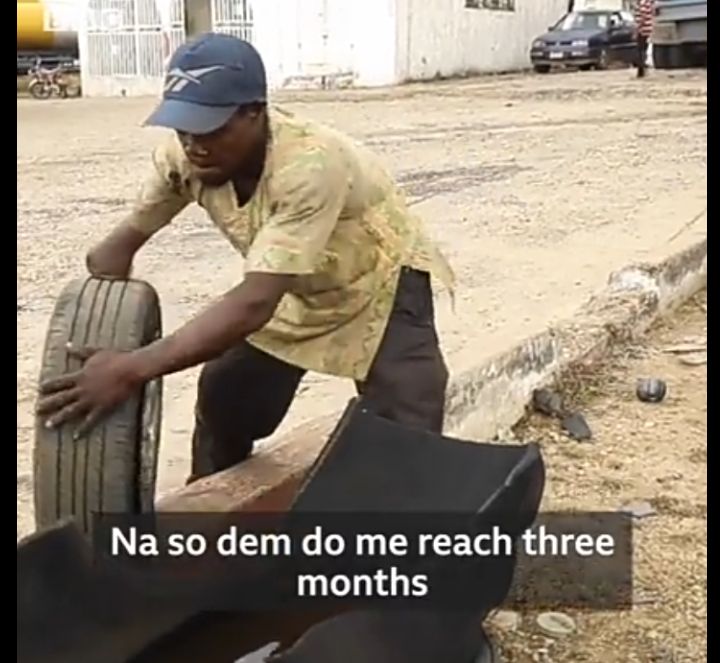