Earthquake Proof Buildings: Everything You Need To Know 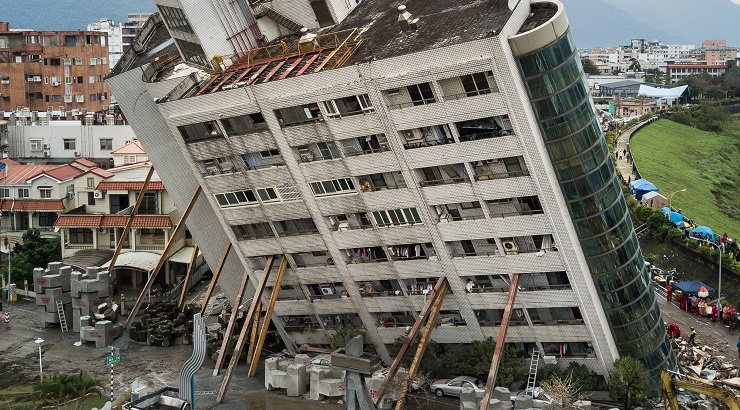 The demand for earthquake proof buildings has risen over the past few decades as high-rise developers in vulnerable countries seek to avert potential damage posed by quakes.

This is a step in the right direction especially when you consider that there are about 20,000 earthquakes recorded each year globally —16 of them being major devastations. On January 12, 2010, for example, a 7.0 earthquake struck near the Haitian capital of Port-au-Prince killing about 250,000 people – becoming one of the deadliest earthquakes in history.

As with other similar catastrophes, the huge damage to property and loss of life was not caused by the earthquake itself but by the collapse of structures with people inside.

Such tragedies call for the design and construction of earthquake proof buildings.

Here’s how to earthquake proof a building:

The first step to the design of earthquake resistant building is to place the structure on top of flexible pads made of steel, rubber, and lead, which separate the foundation from the ground. Known as base isolation, this technique ‘lifts’ the building’s foundation above the ground.

The flexible pads act as shock absorbers between the building and the ground motion – allowing a structure to slide back and forth while remaining upright during an earthquake.

Base isolation is used in about 9,000 structures in Japan today.

This involves using shear walls, cross braces, diaphragms, and moment-resisting frames to transfer earthquake forces that travel through them during an earthquake.

Made of panels, shear walls and cross braces help a building to retain its shape during a seismic event by redistributing forces away from the foundation.

They are capable of supporting compression and tension, which helps to offset the pressure and push forces back to the foundation. On their part, diaphragms – consisting of the floors, roof, and the decks placed over them – are a central part of a building’s structure.

They are designed to distribute forces to the columns and walls. During an earthquake, diaphragms help to remove tension from the floor while pushing the force to the vertical structures of the building, thus helping the house to remain steady.

Moment-resisting frames are designed to keep joints rigid while allowing the structure to bend. They offer more flexibility in a structure’s design.

Moment-resisting frames enable a building to resist the strong forces of an earthquake while allowing the designers more flexibility to organize the elements of a building.

This is achieved using vibrational control devices and pendulum dampers.

This involves placing dampers at each level of a structure between a column and a beam. Each damper has piston heads inside a tube filled with silicone oil.

During an earthquake, the building shifts the vibration energy into the pistons against the oil. This energy is converted into heat – thereby dissolving the force of the vibrations.

This is used in supertall buildings. It involves the suspension of a large ball with steel cables and a system of hydraulics at the top of a skyscraper.

When an earthquake strikes and the building begins the sway, the balls act as pendulum moving in the opposite direction of the earthquake’s movement to dissipate the force.

Rather than just offsetting seismic forces, scientists are testing innovations that can enable buildings to deflect and reroute the energy from earthquakes. Known as seismic invisibility cloak, this involves creating a cloak of 100 concentric plastic and concrete rings in and putting it in the ground at least 3 feet beneath the foundation.

Seismic waves entering the rings are forced to move through to the outer rings for easier travel. The waves are then guided away from the house and dissipated into plates below.

While the above techniques can help create earthquake proof houses, the materials used in a building greatly determine the structure’s ability to withstand seismic waves.

Structural steel — a component of steel allows buildings to bend without breaking.

Wood is also a surprising earthquake resistant material due to its high strength relative to its lightweight structure.

Scientists are also experimenting with a new innovation known as shape memory alloy, which has the ability to withstand tension and to revert to its original shape.

Fiber-reinforced plastic wrap, which is made by a variety of polymers, can be draped around columns to provide up to 38% greater strength and plasticity.