Check out these photos from Prince Philip’s burial

The funeral of Late Prince Philip, the husband of Queen Elizabeth of England, was held today, April 17. The funeral service was conducted at St. George’s Chapel, England. 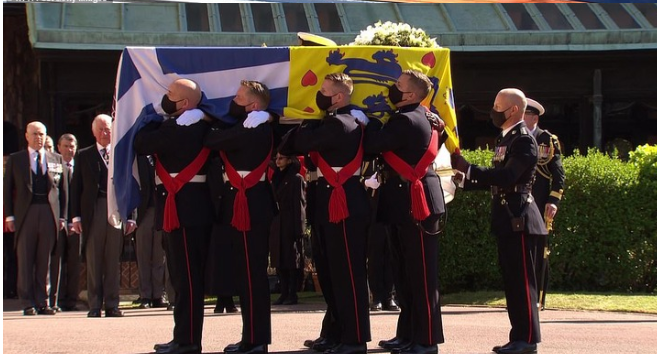 The Duke of Edinburgh’s casket was brought into the church with a royal procession. Queen Elizabeth was unable to hold back her tears as she was seeing shading tears uncontrollably, while following her husband’s coffin. 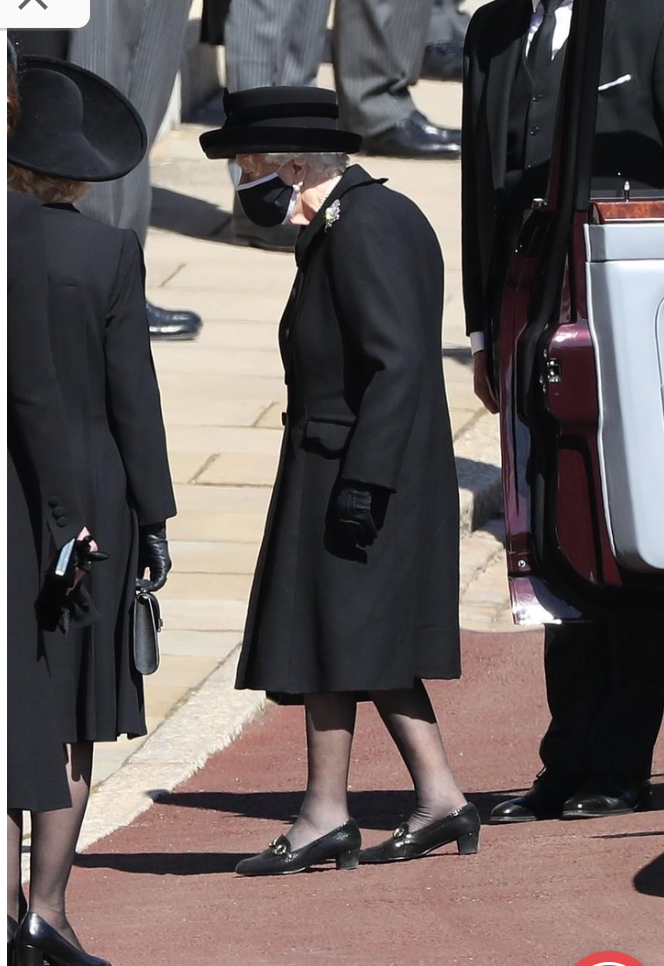 The Queen who was dressed in a black attire, was later seen sitting alone at the front of St. George’s Chapel, during the national minute’s silence. 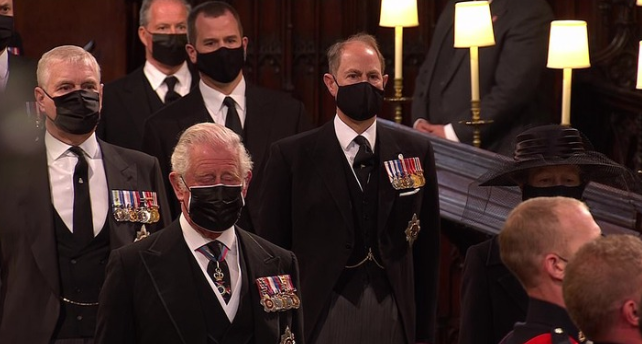 Before the burial, the Queen ordered that no one from the royal family should wear military uniform, so they were only allowed to put on their medals.

The casket was decorated with Prince Philip’s navy cap and a sword which was given to him by Queen Elizabeth’s father, the day they got married. 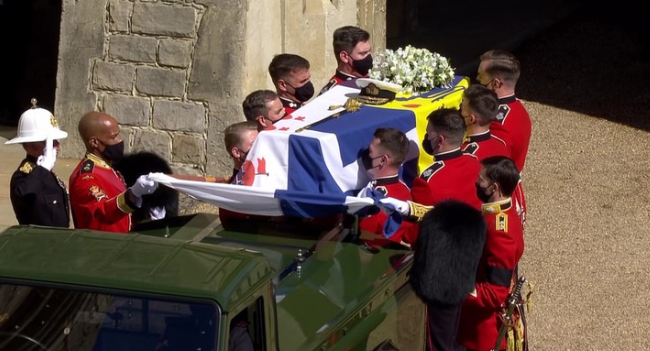 Recall that the death of Prince Philip was confirmed by Buckingham Palace on April 9.