By EmmysteveWrites (self media writer) | 10 months ago 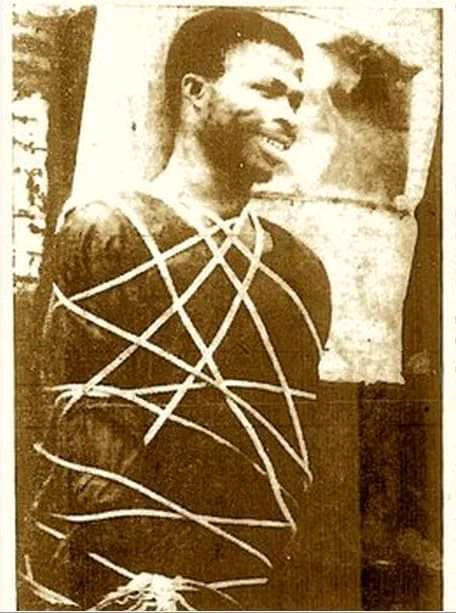 The name "Doctor Ishola Oyenusi" will forever be remembered in the history of crime in Nigeria due to the havoc and pains he caused people when he was alive.

History has it that Ishola alongside his 6 robbery syndicate terrorized Lagos State residents as well as neighboring cities in the 1970s. They were said to be specialized in robbing banks, factories, snatching vehicles and killing innocent people like chickens.

Oyenusi began his robbery career by stealing a car from its owner (who died in the process) simply because his girlfriend (Oyenusi) needed money. According to some sources, Oyenusi was a romantic. 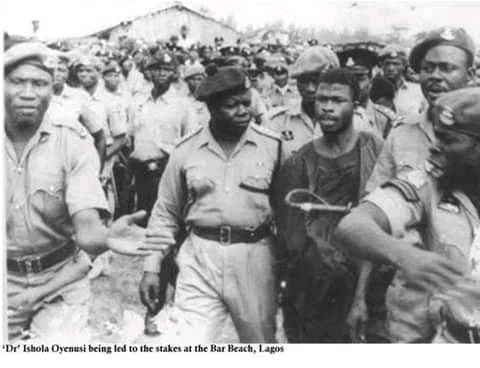 He was reported to have sold the car for N400 and handed the money over to his girlfriend.

Oyenusi was also rumored to be hot-tempered and arrogant. He slammed his fist into a police officer who was escorting him around during his arrest. “When I'm armed, people like you don't talk to me like that; I shoot them!” he said. ”

As they said everyday for the thief one day for the owner, the notorious robber was arrested on March 27th, 1971, during one of his operations that led to the death of a police constable.

Oyenusi was subsequently prosecuted and handed a dead sentence. He was to die by firing squad. 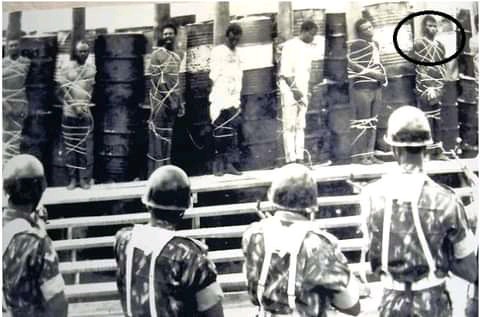 Before he was gunned He was sweating profusely but managed to smile all the way to the stakes.

He kept smiling, smiling and smiling but could still not hide the agony and terror written boldly on his face.

He blamed his parents for their inability to send him to school to acquire education.

He also said, “I am dying for the offence I have committed“.

His execution sent the streets of Lagos deserted at night.