By Sourcementor (self meida writer) | 25 days 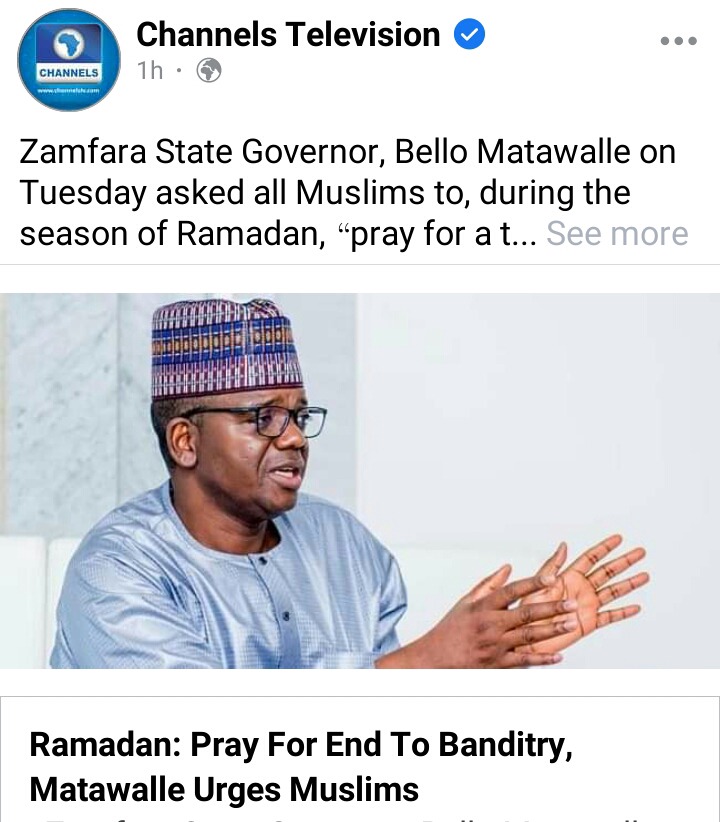 His Excellency, the Executive Governor of Zamfara State and a prominent member of the opposition party (PDP), Bello Mattawale has urged the Muslims faithfuls all over the country to pray for a total end to the issues of banditry and kidnapping and other sort of heinous crimes against humanity.

As the moon was sighted, Muslims all over the world commenced the Ramadan fasting to further strengthen their faith and belief in practicing of Islam.

Ramadan is the ninth month of the Islamic calendar, observed by Muslim faithfuls all over the world as a month of fasting, prayer, reflection and commitment.

Speaking through the spokesperson of the state government, Governor Mattawale congratulated the Muslim faithfuls in the state and across the entire country over the commencement of the Ramadan fasting. The Governor wishes all Muslims a successful fasting and urged them to use the period to rededicate their beliefs for Allah to continue to make life easy for all Nigerians.

He appealed to traders and people engaged in selling essential commodities to cut down prices during the period of Ramadan.

Why there is high cost of cement in Nigeria - Dangote 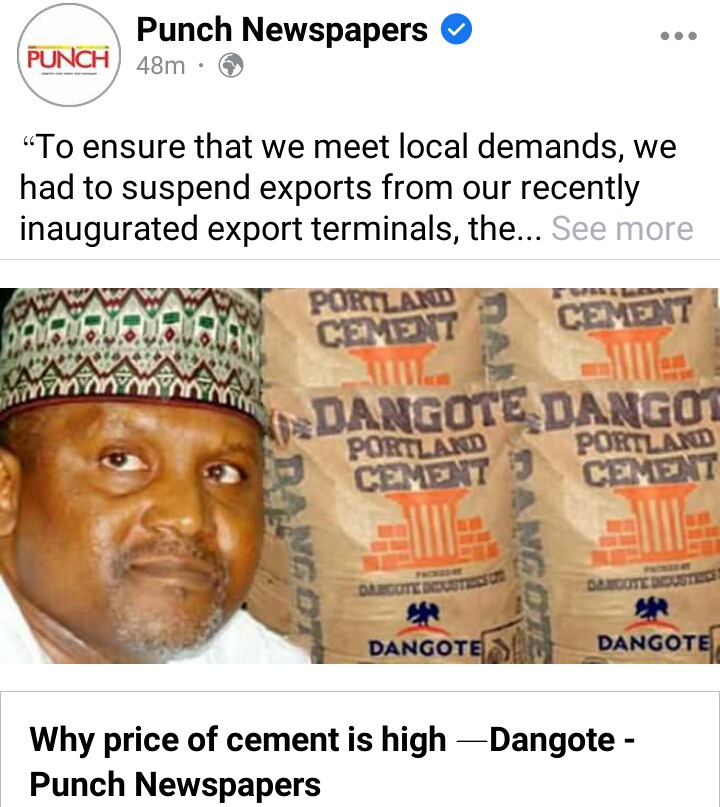 The management and staff of the Dangote Group Cement Company has disclosed the real price of cement in the country. The management says the price of a bag of cement from its two major factories; Obajana and Gboko factories is N2,450 respectively and N2,510 at Ibese. The company stated this in a statement released on Tuesday. They said that these were the prices of Dangote cement which also includes VAT as of April 13.

Some places in the country sells a bag of cement ranging from N3,300 to N3,500 depending on the location.

However, the management of the company attributed the high cost of cement in some part of the country to the global rise in demand for cement as a result of the COVID-19 pandemic.

They said Nigeria is no exception as a combination of monetary changes and low returns from the capital market has resulted in a substantial increase in construction works and activities. So to make sure the company meet local demands, the company had to suspend exports from the company newly formed export terminals, thereby forgoing dollar returns.

The management also says the company had reactivated its 4.5 million naira plant in Gboko which was closed down four years ago and the company is running it at a higher cost.

They said the company had only adjusted its transport rates to account for other expenses including high cost of diesel, spare parts, tyres, and trucks maintenance and replacement 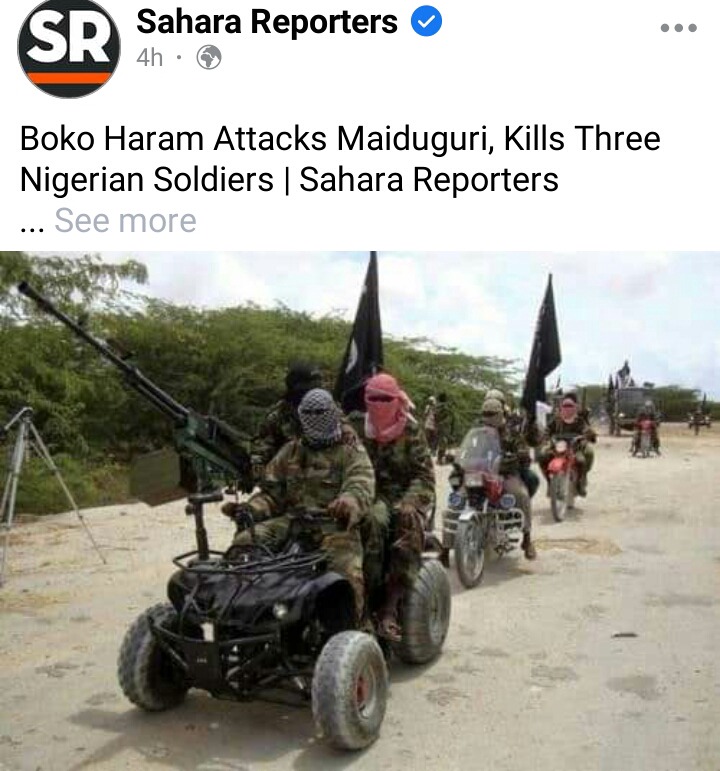 As reported by Sahara reporters, the terrorists attacked one community in Maiduguri, the capital city of Borno State, killing three troops and injured many. The terrorist wore military uniforms and camouflage before storming the area at around 8pm, and started shooting sporadically.

A source said they also made an attempt to overrun a military check point in one community located in the area where the incident had happened. The army officials also confirmed the incident and says about three troops during a shootout with the terrorists lost their lives.

Boko haram sect and its offshoot and killed thousands of Nigerian troops and displaced many residents in the Northeast state since its inception about 22 years ago.

The Nigerian army and federal government has repeatedly claimed that the terrorists has been technically defeated, but till now, Nigerians are not seeing any sign of improvement.

In the past few months, the terrorists have been targeting the Nigerian troops across the entire North East zone. Hundreds of thousands of soldiers have been reportedly killed by the insurgents since January this year. 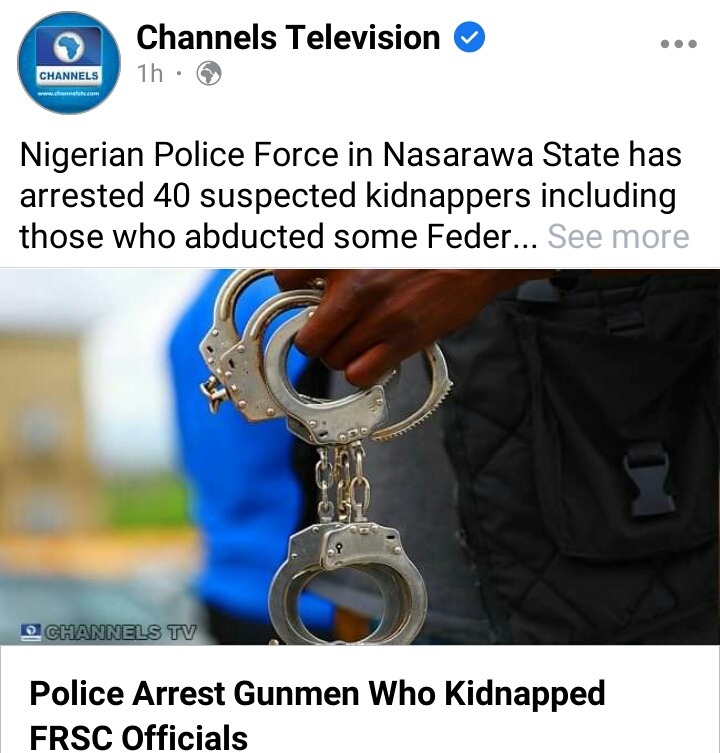 The Nasarrawa State police command has arrested 40 suspected kidnapers including those who abducted some FRSC officials in the state.

The commissioner of police, Bola Longe announced the news during a security meeting with traditional rulers and other stakeholders in the state. He says the police has arrested about 40 kidnapers including those who kidnapped some FRSC officials and they are being investigated.

He assured a sustained cooperation with other security operatives to improve the security atmosphere in the state.

The FRSC officials were kidnapped last year while traveling in two buses from Sokoto and Kebbi commands of the corps for a training programme which was expected to hold in Abuja. They were attacked in Nasarrawa State and one of the corps officials died inside the vehicle during the attack while another died in the hospital and four others were injured.

Officials of the FRSC confirmed that eight officers escaped as others were reportedly taken away by the kidnappers.

Mummies, Check Out These 23 Fashionable Slit And Top Styles For Ladies

History of The Igbo People Of Nigeria

7 Months After Inauguration, Onitsha Sea Port Is Yet to Start Functioning