By firstnews (self media writer) | 1 year ago

Report has it that the Nigerian Army has confirmed the killing of its personnel. This is according to a social media post by Babajide Akolade Otitoju (BKO), an award winning investigative journalist. 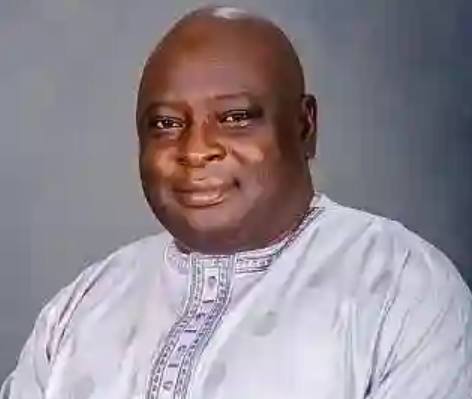 According to a post on his facebook page, BKO seem to imply that the Nigerian army confirmed the loss of 11 personnel, allegedly killed by the late Gana's men. They were said to have also killed policemen and a Chinese man.

"Army confirms the killing of 11 personnel in Benue, by suspected late Gana's men who also killed 3 policemen and a Chinese man."

Terwase Akwaza alias Gana was reportedly captured and killed by the Nigerian Army, last year. And from the facebook update by BKO, one may be right to guess that the killing of the military personnel is a revenge attack by Gana's men. 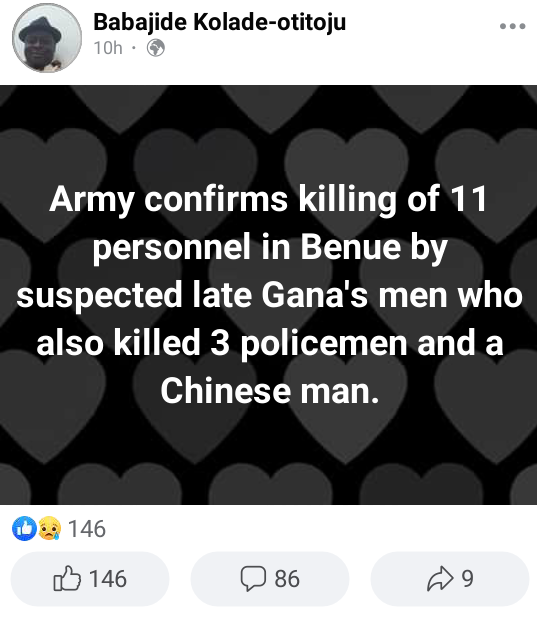