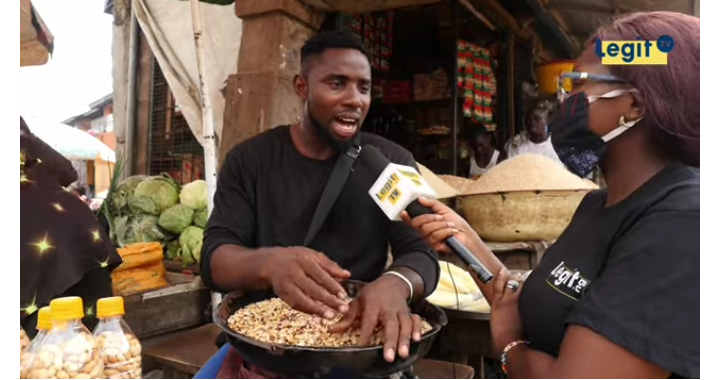 In a news that was shared by Legit Ng, a man has shared his life experience after he went to school and dropped out in 300 level. He made it known that after he dropped out of school, he went to Lagos State to search for greener pasture and it started working at Finger Licking Eatery, where he was sacked after he sold the bread of N300 for N350 to a customer who came back to report him to the management.

He said a week after the incident, he was at home crying and praying to God because, he had already vowed not to cheat anybody in any way and on the seventh day, he went back to the eatery to return the clothes they gave to him while he was still working there. 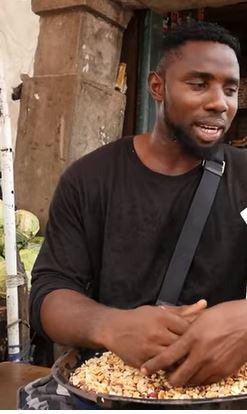 When he got there, his manager told him that he was so sorry for what happened to him, as he alleged that he would not have sacked him if he was the owner of the company, but it was the founder that made the decision.

However while he was leaving, the manager gave him two thousand naira as transport fare, and when he was going, his mind told him never to allow the money finish in his hands, as this made him thought of what he could be doing with the money, as groundnuts selling came to his mind even though he has never done it before.

The Akwa Ibom State indigene made it known that he started selling groundnuts on October 10th 2017, at the front of Eco Bank in Iyana Ipaja, but KAI do send people away and one day, he thought that he should start selling at Ikotun due to the disturbance at Iyana Ipaja and on his way going, he saw a big market at Egbeda, as people were moving in and out in large number and he decided to start selling there, and this place became favourable for his groundnuts business to the extent that he built house and also married from it.

He made it known that he was studying Physics in the Univeristy of Uyo and that, he went for Gulder Ultimate Search, where they told them to go and bring their admission letter and when he got back to school, they could not find his admission letter, which might be as a reason that he was offered a fake admission, but he was writing exams and paying school fees.

When this happened, he could not go back home because, his parents were struggling then to pay his school fees and that was how he found himself selling groundnuts and that he was already in Lagos State when he called his mom and explained the whole situation to her.

Checkout The Money An Indian Man Requested From Dangote’s Son-In-Law, Jamyl, That Made Him Laugh.

How Inter-Agency Co-operation Will Benefit the Maritime Industry