By Able-gist (self media writer) | 1 year ago 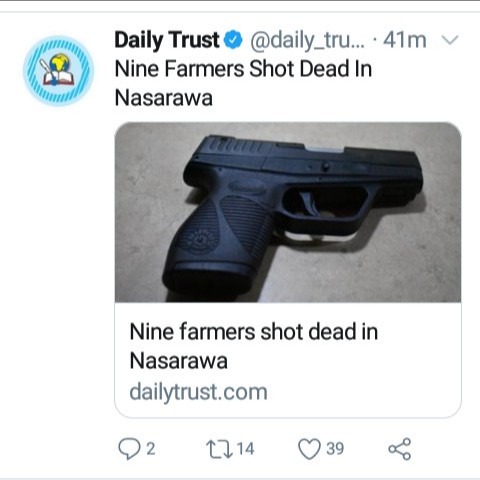 Nine farmers in Ajimaka community, a Tiv settlement in Doma Local Government Area of Nasarawa State, have been killed.

The incident occurred in the early hours of Saturday.

It was gathered that the gunmen stormed the community at exactly 2am on Saturday, shooting sporadically into the air and chanting war songs. 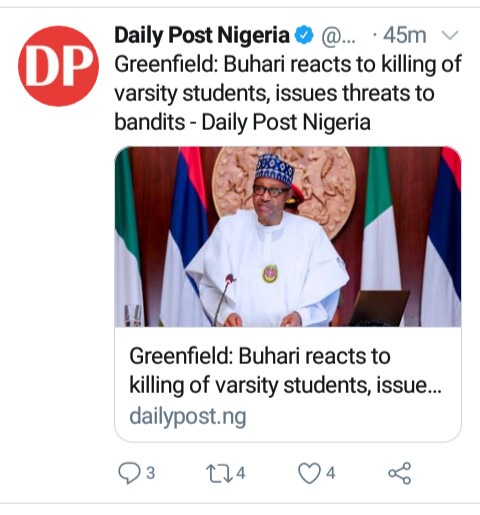 President Muhammadu Buhari has reacted to the killing of three students of Greenfield University by bandits operating in Kaduna State.

A statement signed by Garba Shehu, the spokesman to the President, said Buhari strongly condemned the killing.

According to Shehu, Buhari said the bandits, who he described as evil people, have cut down the bright youngsters in their prime. 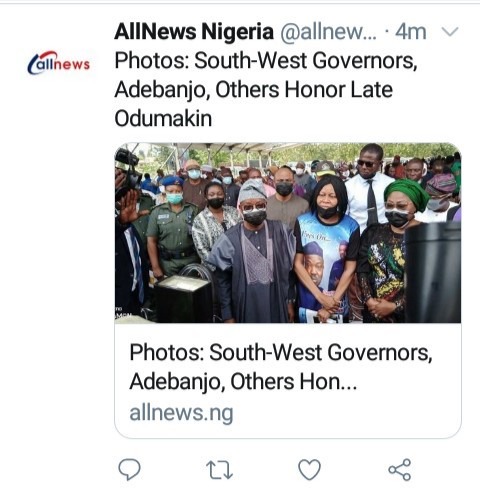 Some South-West Governors were seen at the funeral of the late spokesperson of the Yoruba socio-political group Afenifere, Yinka Odumakin to bid the activist farewell.

The Governors sighted at the funeral of the activist were, Governor Gboyega Oyetola of Osun State, Kayode Fayemi of Ekiti State, the Elder Statesman, Ayo Adebanjo and many other dignitaries. 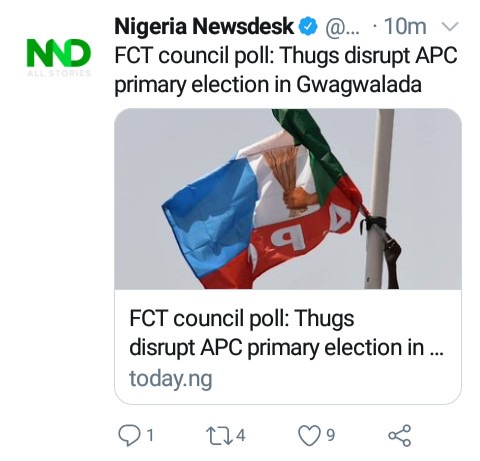 The Chairmanship primaries of the All Progressives Congress in Gwagwalada Area Council for the 2022 council election in the FCT has ended in violence.

The primaries was ongoing on Friday when unidentified political thugs, suspected to be loyal to a former Chairman of the Council unleashed violence on delegates.

The process was said to be going on smoothly before the thugs stepped in as they felt their candidate was losing.

The thugs, alleged to be supporters of a former council Chairman, who is also an aspirant, came to the venue after voting had been concluded in seven electoral wards and disrupted the process. 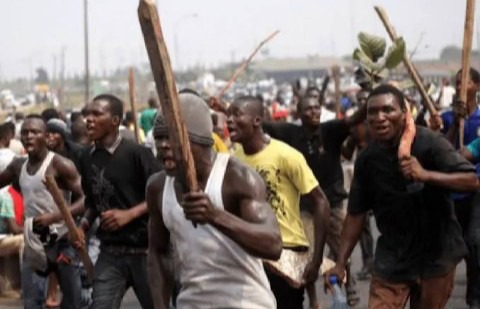