It is no longer news that criminal activities is now on the increase in Nigeria, especially in Cross river state, Akwa Ibom state and widely across the entire South South region in Nigeria.

Citizens can no longer walk freely on the streets of their mother land due to the phobia of attacks from hoodlums on the streets. They now walk the streets and move about for their day to day activities with care and extreme caution.

The rate of stealing, kidnapping, bribing, ritual killings, robbing and duping in Nigeria is quite on the high side recently.

Both Federal and state government have shown concern over the insecurity and safety of their citizens and followers and have moved aggressively into action by deploying more security personnels and armed operatives to different areas in Nigeria were there are security insufficiency.

The efforts from State and Federal Government has massively helped in combating and fighting criminal activities in Nigeria but however, this efforts seems not to be enough for the total vanquishing, annihilation and eradication of hoodlums and their evil activities in Nigeria as this criminals keep operating secretly and terrorizing the citizens of our Country as seen in the case below. 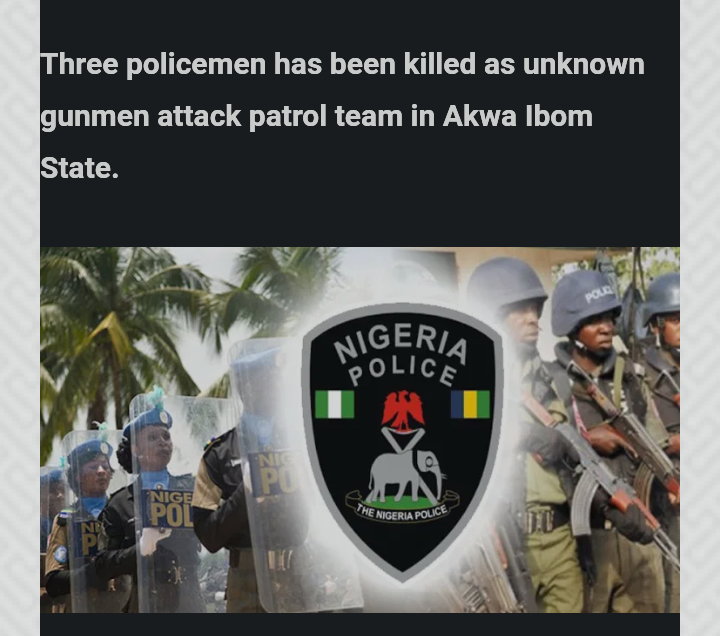 According to Brain Newspaper.Com, three Police officers have reportedly been killed by gunmen who attacked their Patrol Van in Akwa Ibom State. The names of the deceased are, Officer Bernard Alfred, officer Emmanuel James and CSP Ben Ajide.

The three Police officers were reported to have been attacked and killed by suspected armed robbers in Essien Udim Local Government Area of Akwa Ibom State on Thursday, April 1, 2021.

The Chief Superintendent of Police(CSP) and commander of the Quick Intervention Unit of the Police command in Akwa Ibom State, Ben Ajide, was among the officers killed in the attack.

Odiko MacDon, the police command's Public Relations Officer has revealed in a statement that four other officers are still missing after the deadly attack by the armed robbers. 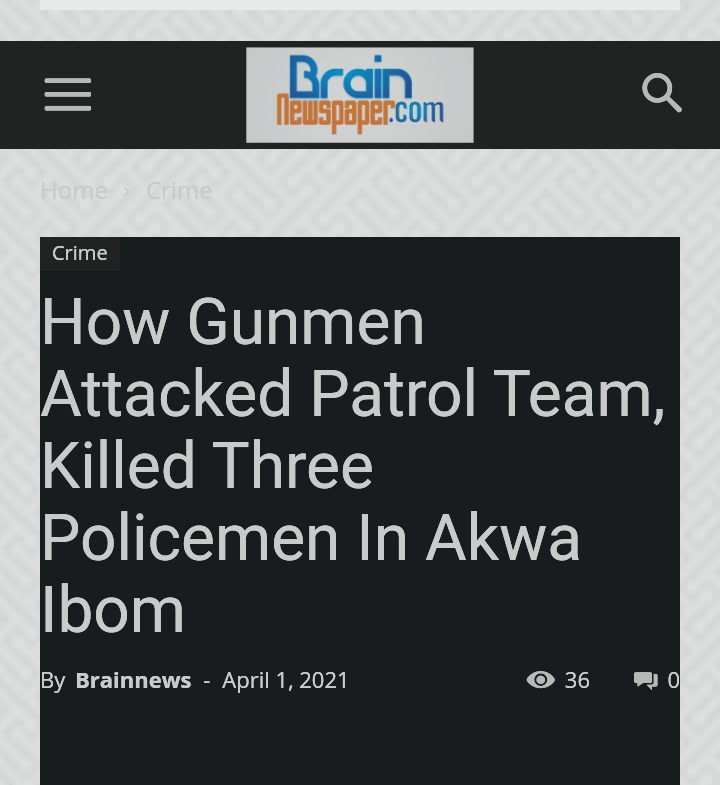 The statement reads: "The commissioner of Police, Amiengheme Andrew, is deeply sadden by the unexpected attack on the Police security personnels who were out maintaining the peace of the environment which led to the demise of the CSP Ben Ajide, who is the commander of the command's Quick Intervention Unit and two others, while four others are missing." 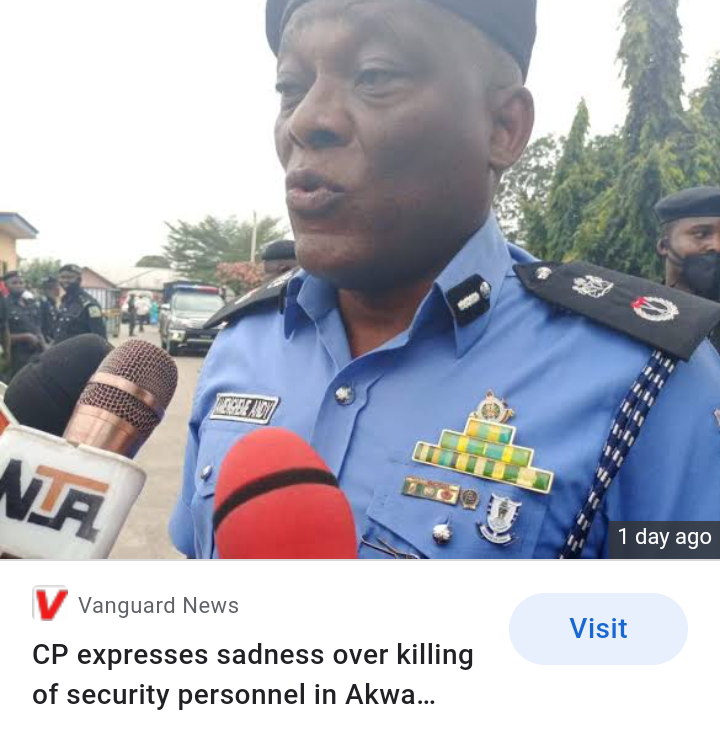 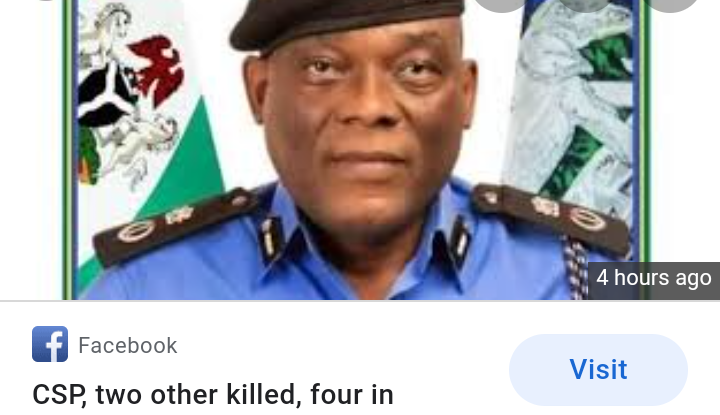 This tragic incident has sadden the entire people of Essien Udim Local Government Area and everyone who has seen it on the internet or heard about it. I pray may their souls find rest in the bossom of our Lord Jesus Christ, Amen.