A Mercedes Benz car was damaged beyond repairs in the evening of Sunday, April 11, following an accident involving three vehicles on the ever-busy Lekki-Epe Expressway in Lagos State.

The accident happened around 6:30 p.m. at a location after Jubillee Bridge inwards Abraham Adesanya on the expressway and it involved the Mercedes Benz car, a Toyotal Hilux pick-up and a Volkswagen bus.

It was gathered that the Mercedes Benz car, said to be on high speed, lost control and in the process, crashed into the Hilux from behind and the impact of the crash made the Hilux to also hit the Volkswagen bus.

The result of the accident caused the Benz to have a substantial part of its body damaged beyond repairs in what many people call a 'write-off" while the Hilux had its back side damaged. The bus only had its bumper affected. 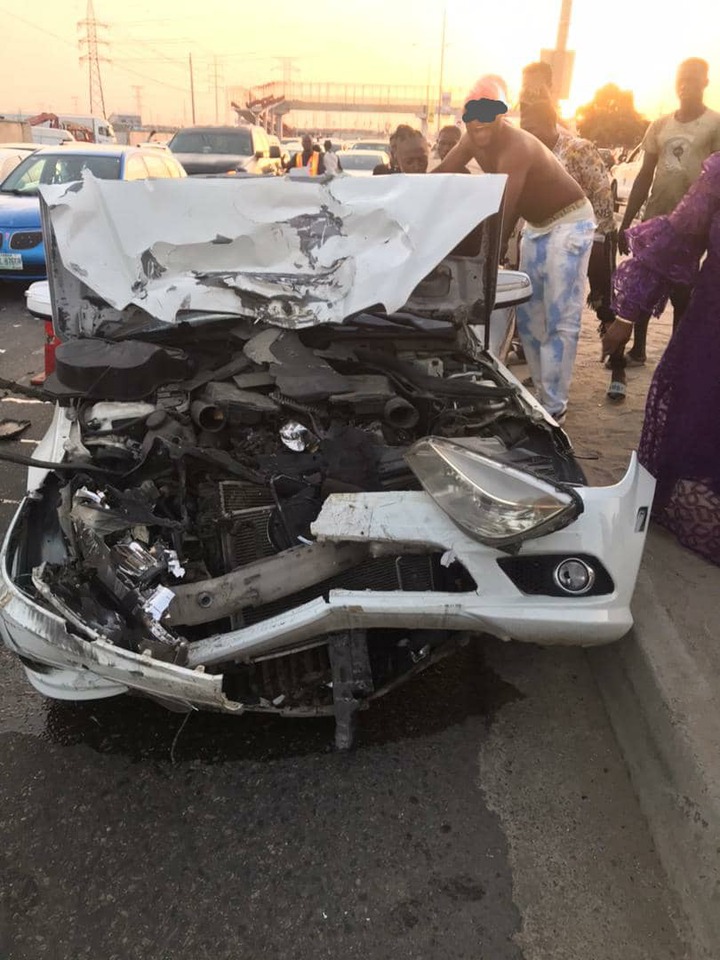 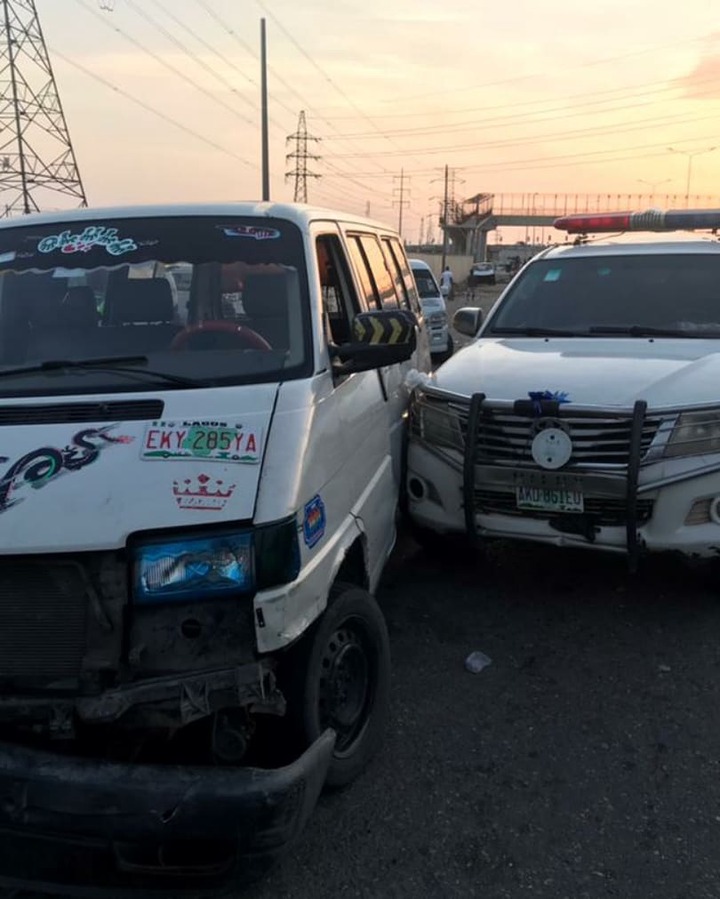 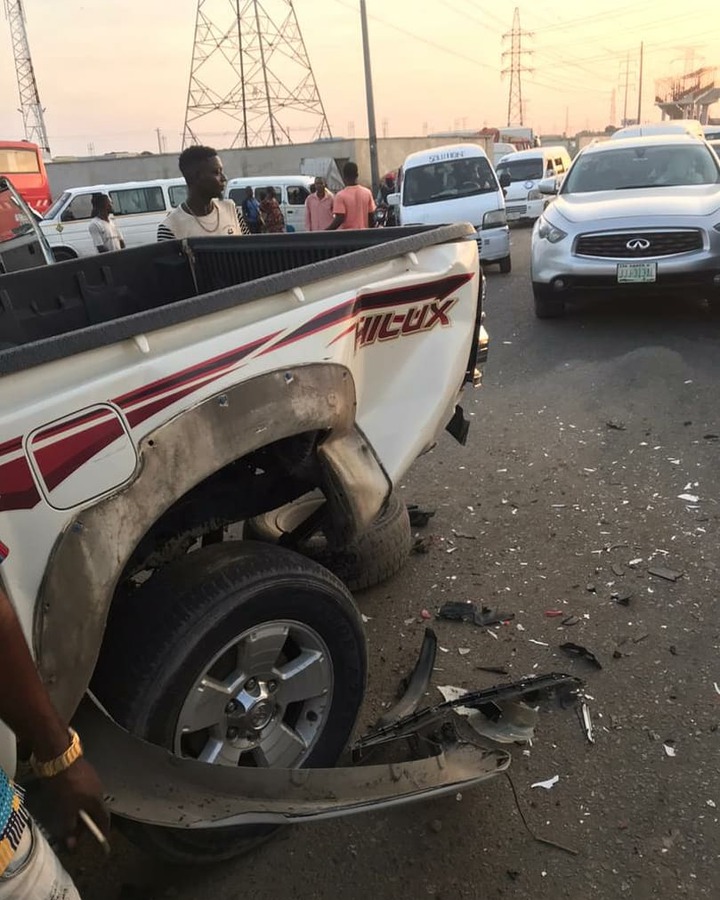 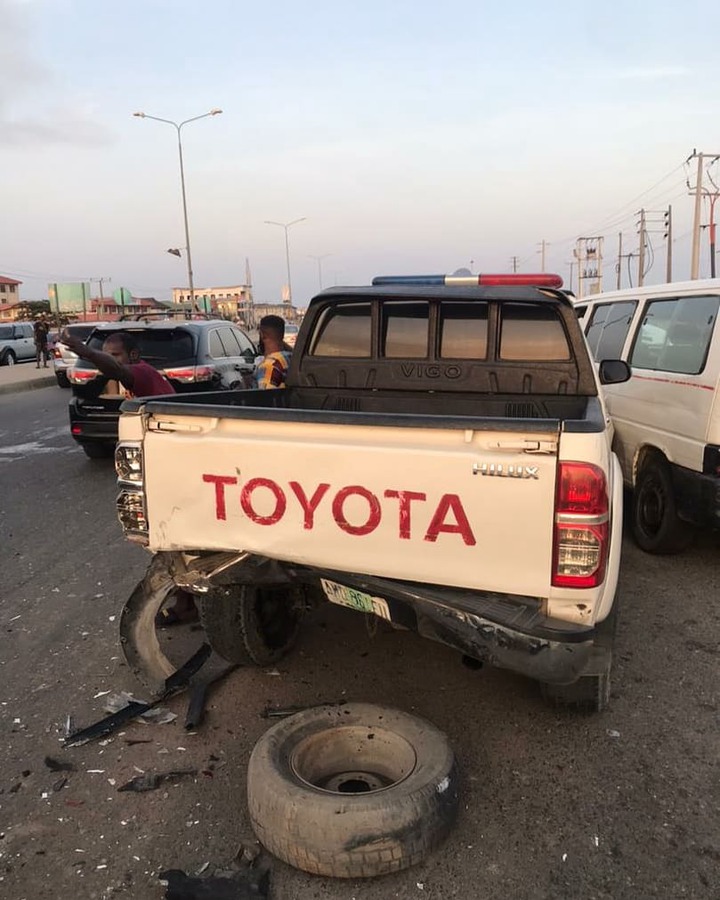 It was also gathered that the owner of the Mercedes Benz car was injured as a result of the accident and he was taken to the hospital by paramedic officials who got to the scene shortly after the accident.

The incident was announced by the Lekki Concession Company (LCC), the company in charge of monitoring the traffic situation on the Lekki-Epe Expressway, on its Twitter handle @LCCTollRoad which added that policemen from Ajiwe Police Division were also informed of the incident and they came to take the vehicles involved to their station.

The incident also caused massive traffic bottleneck as people were seen milling around the accident scene while officials of the LCC made frantic attempts to control the traffic.

According to the LCC on its Twitter handle: "There is a multiple accident involving a Mercedes Benz car, Toyota Hilux pick-up and Volkswagen bus after Jubillee Bridge inwards Abraham Adesanya. The Benz was substantially damaged. The injured driver of the car was taken to a hospital.

"LCC patrol team has been dispatched to the scene and operatives of the Ajiwe Police Division have been notified and they have succeeded in taking the vehicles away to their station."

Video: Sunday Igboho Reveals Why He Will Not Commiserate With Pastor Adeboye On His Son’s Death

More Photos Of Lagos Socialite, Kayode Badru Who Died After Visiting A Celestial Church In Lagos

Video: I Will Not Symphatize With Adeboye Because He Did Not Support Yoruba Nation- Sunday Igboho