A sad incident happened in South Africa in the early hours of Sunday, 11th of April as a beautiful young lady identified as Nelli Tembe died after she reportedly jumped out of the 10th floor of a five star hotel in South Africa. The most painful part of Nellie’s death was that her boyfriend, a popular South African Rapper, AKA just proposed marriage to her about 2 months before the tragedy. 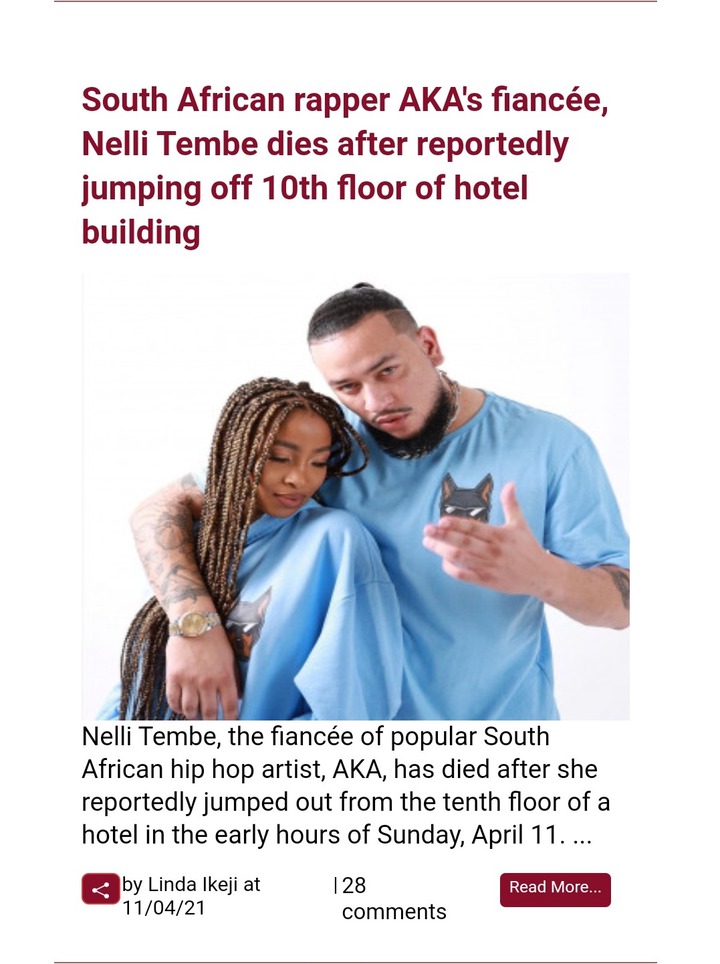 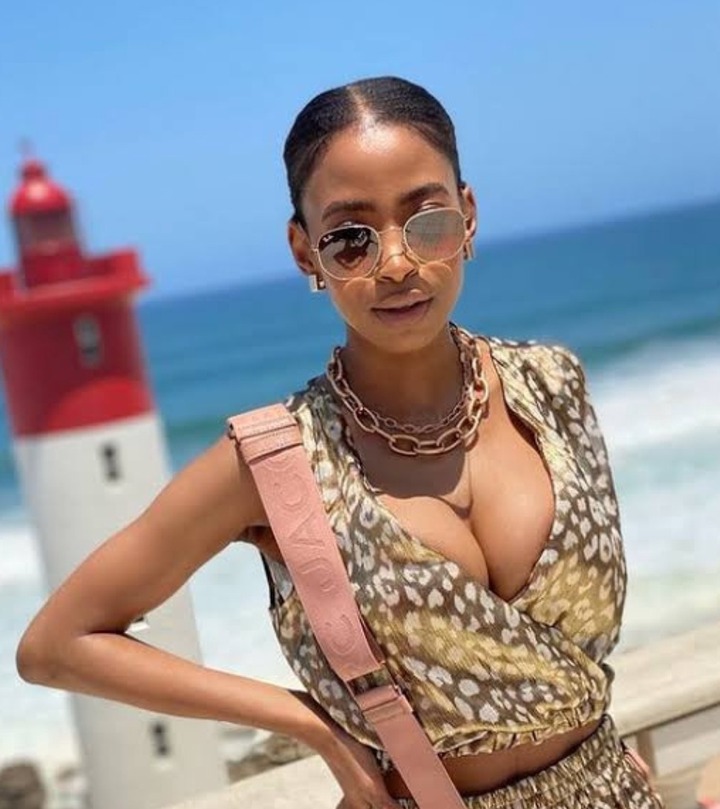 According to the Police Spokesperson, Captain Fedierick Van Wyk, the body of the 22-year-old Nelli Tembe was found around 7:45am on the corners of Loop and Bloem streets, Cape Twon CBD. The police have not yet gathered enough facts about her death but witnesses said they heard a loud doof and when they got there, they heard a man crying and calling the security for help. 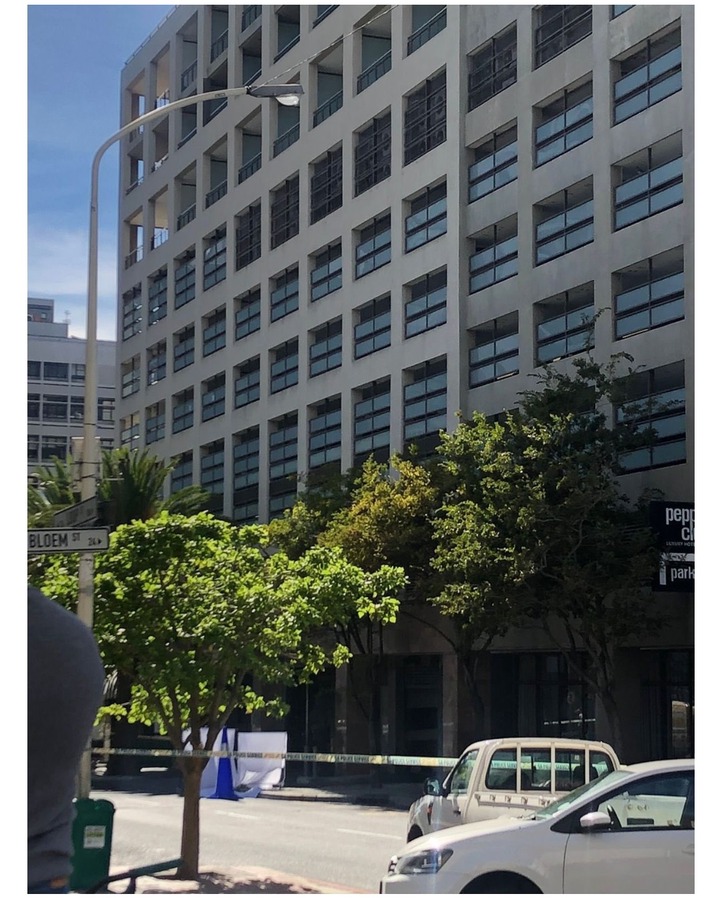 The Paramedics were able to arrive at the scene at the nick of time. They met the lady in a critical condition and they immediately started a full life-support resuscitation for her. Unfortunately, the lady couldn’t hold up for long because her injuries were too severe. The paramedics later pronounced her dead.

The Netcare 911 Spokesperson confirmed to the newsmen that the lady jumped off the 10th floor of the hotel and she sustained poly-traumatic injuries before she gave up the ghost. 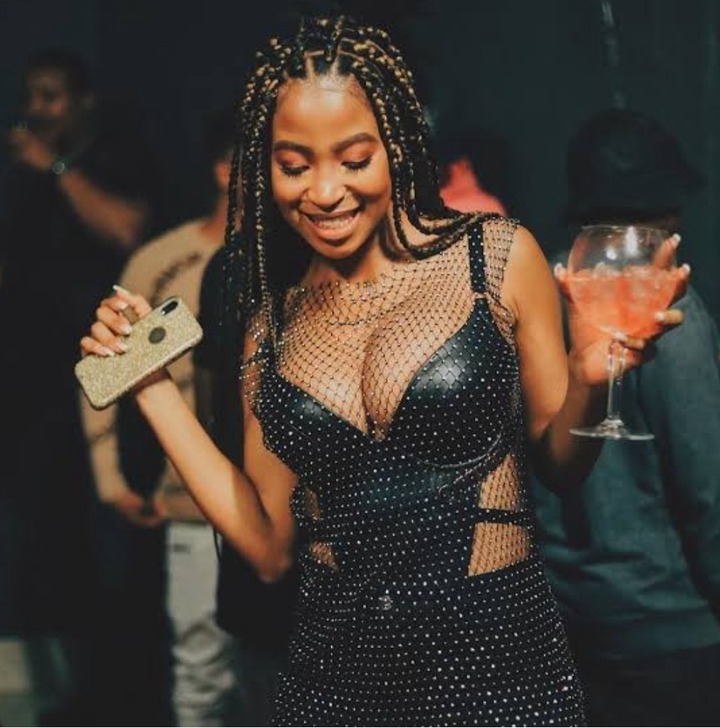 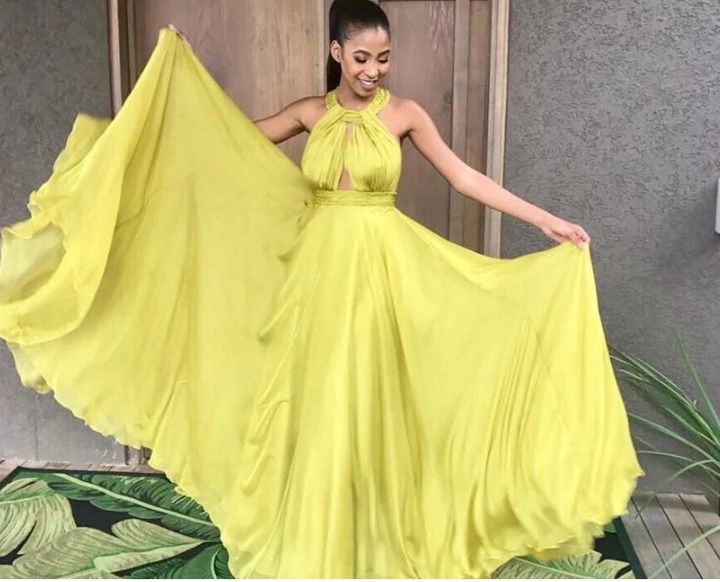 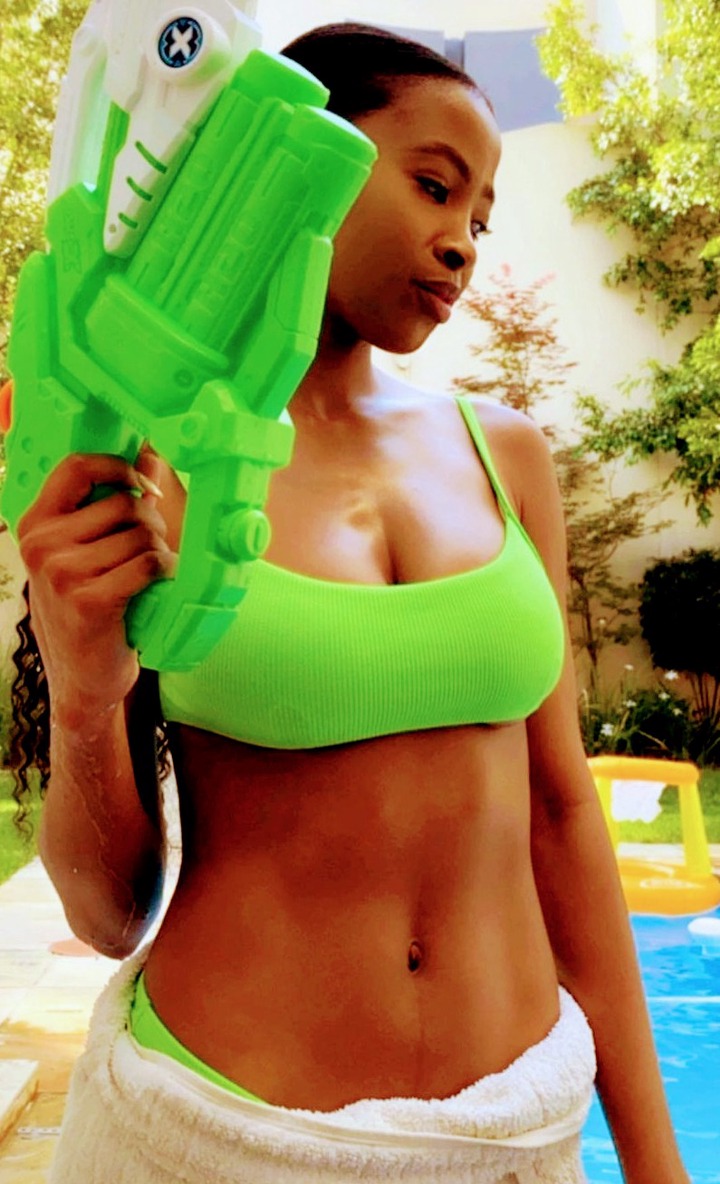 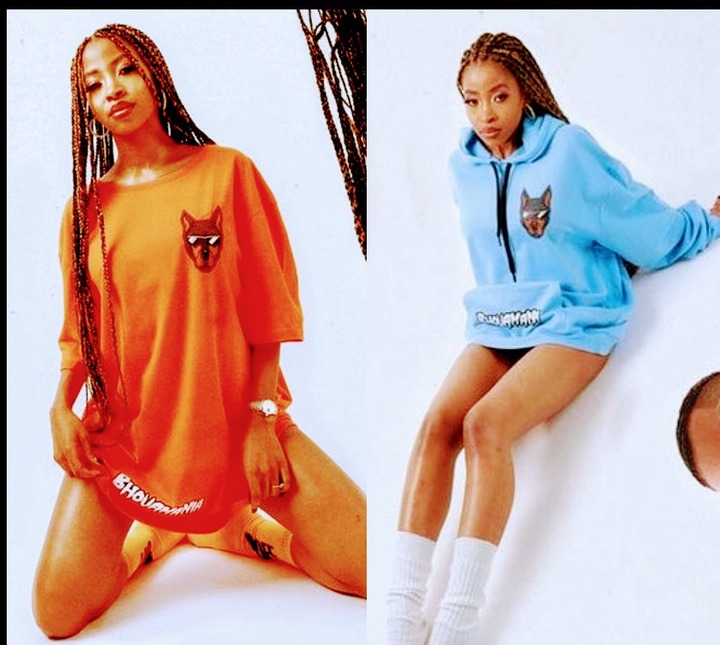 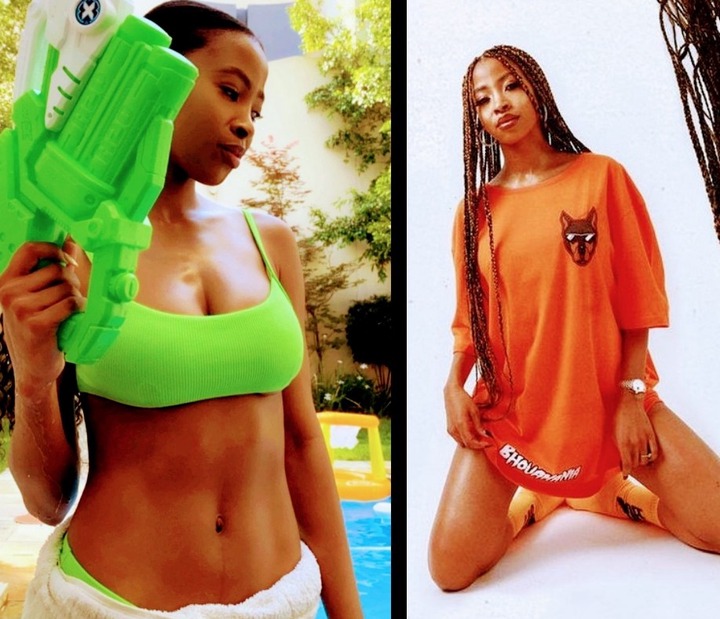 People are still wondering what could have made Nellie to jump out of the 10th floor of the building when she is about to get married as she just got engaged two months ago.

Her family and the fiancé’s family react to the passing of Nellie. In a statement that they released, they confirmed the untimely death of their beloved fiancé, daughter, sister and daughter-in-law, Nellie Tembe.

They revealed that they are still shock of the demise of the Nellie as they described her as an exceptional and gifted young woman with so much life ahead of her. She had a sweet nature about her and she was always nurturing those around her.

The bereaved family, most especially her fiancé Kiernan Forbes is currently inconsolable after the death of his lover but he is surrounded by friends and family who are consoling him.

Nellie and her husband-to-be 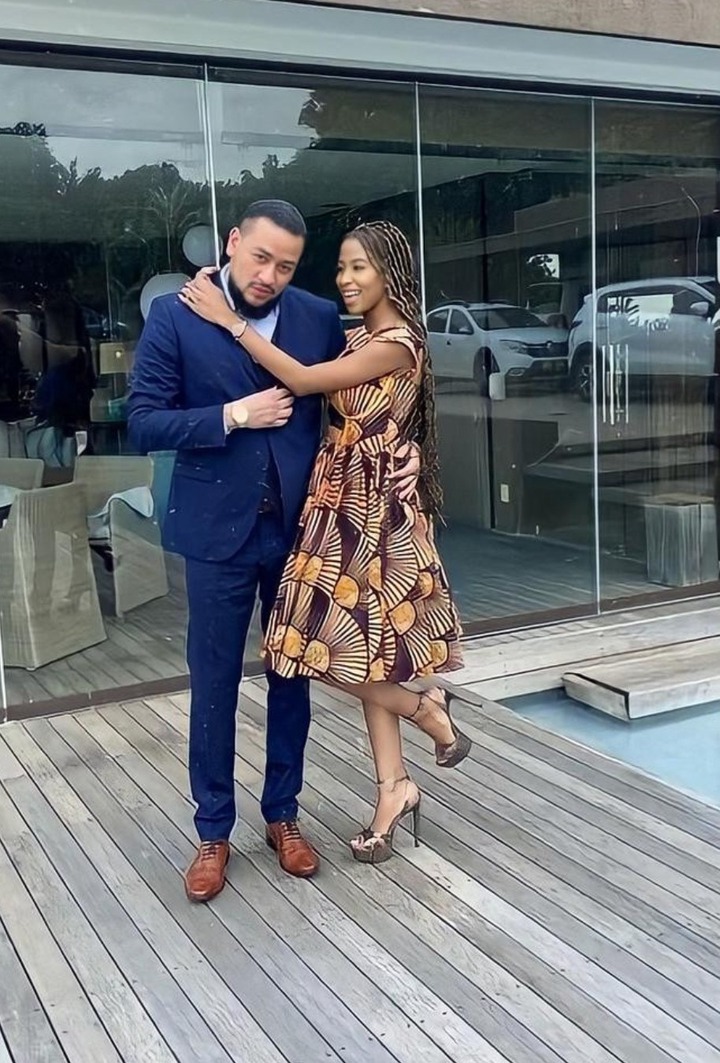 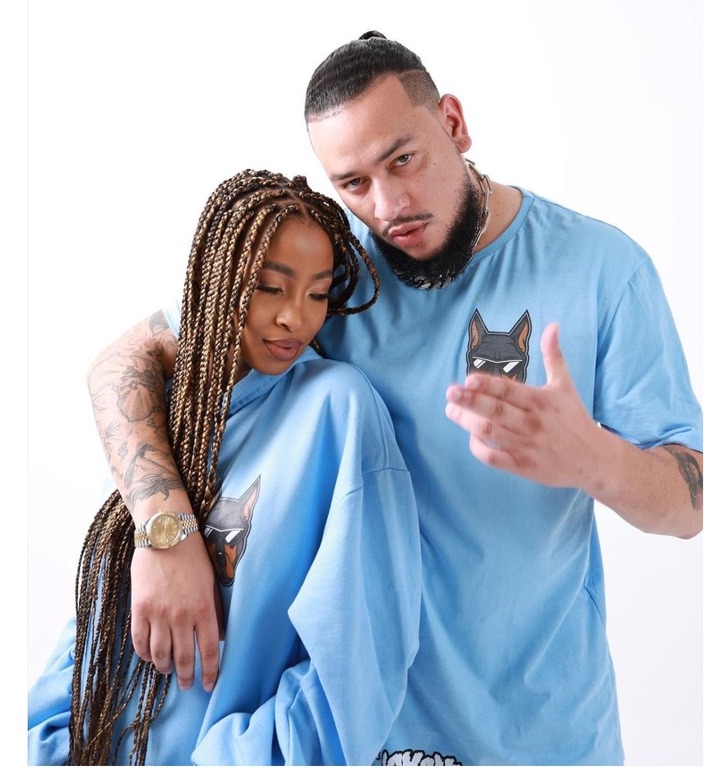 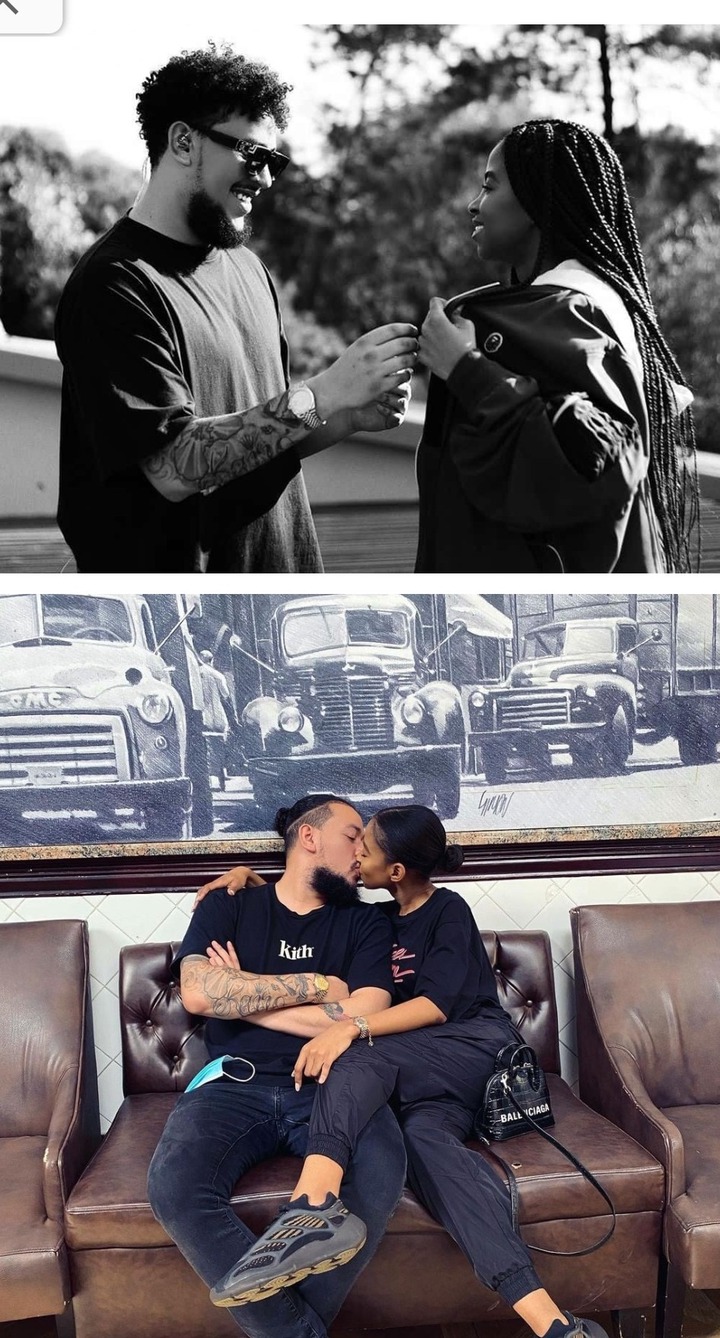 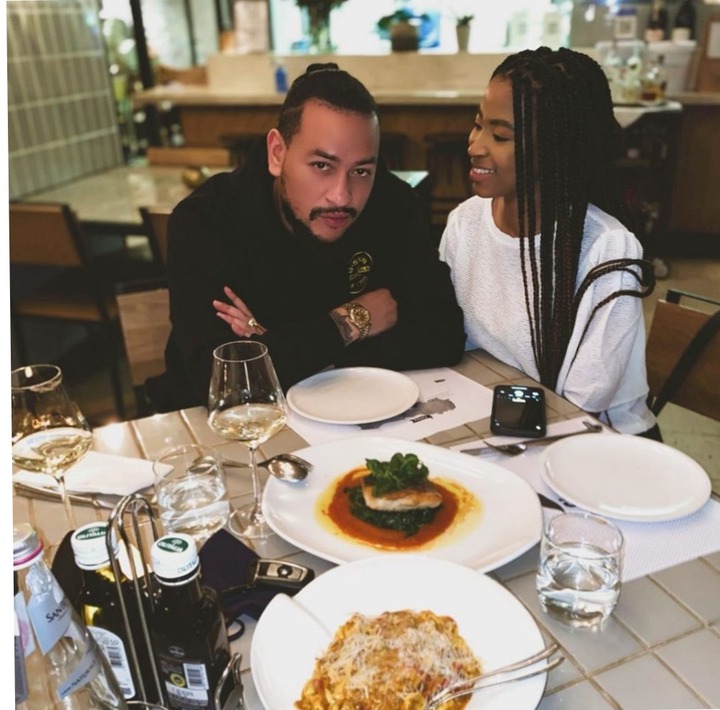 The Police have launched an investigation to find out what could have made Nellie to jump out of the 10th floor of building. The case has not been ruled as either suicide or homicide yet but the Police are still conducting their investigation.