Eight hoodlums operating under the name 'unknown gunmen' were Thursday night killed in a gunfight with security operatives. 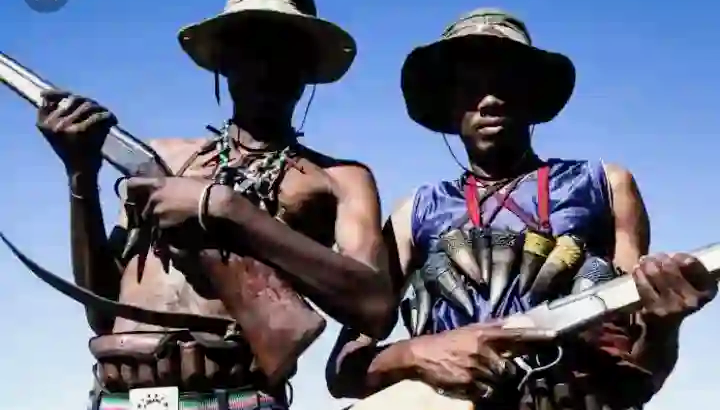 The hoodlums in their numbers had attempted to invade the Orlu Divisional Police Headquarters but were repelled by Police men on a duty and a reinforcement team of soldiers from the 34 artillery brigade, Obinze, in Owerri.

Seven vehicles were also recovered from the anarchists.

Residents say the gunfight between the security operatives and the gunmen lasted for several hours, causing panic in the community.

“we slept with our hearts in our hands last night," a resident told newsmen.

According to him, an Amoured Personnel Carrier was also set ablaze at Umuna junction in Orlu town during the attack.

A National daily, the Nation, quotes a senior police officer as confirming the attack.

The Police Chief disclosed that the hoodlums were heavily armed with sophisticated weapons and had charms on their necks.

"You need to see their charms and other things hanging on their necks," he said.

According to the Nation, corpses of the hoodlums and their vehicles have been evacuated to the Police Command headquarters in Owerri.