By Stivdap (self media writer) | 7 months ago

A 78-year-old widow by the name Iyabo Adewusi Apena, recently cried and pleaded with Lagos State Governor, Babajide Sanwo-Olu to pay her the compensation for the demolition of her house. The widow narrated how her house was demolished in 2015 even though an evaluation was done in 2008.

The 78-year-old widow explaining her predicament to the media: 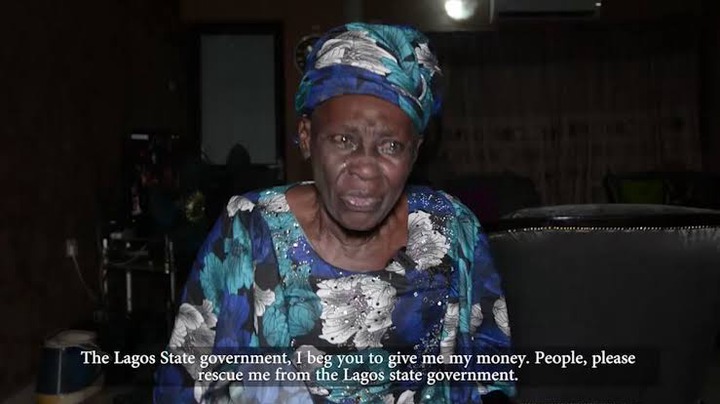 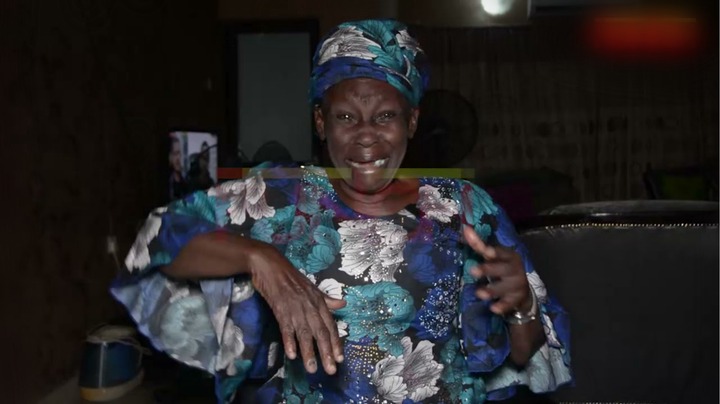 However, prior to the demolition, She narrated how she met with top Lagos state officials such as Late Chief Lateef Jakande and took the matter to court to settle. Sadly, to her disappointment, the court told her that the land she built her house on belonged to the Lagos government but, she would be compensated for the damages done to her house.

“I went to court and the judge told me that the land belongs to the Lagos government but, I would receive compensation for the damages”. The old widow said.

The demolition of the old widow's house: The old widow further narrated how she cried and pleaded to the court to not forget her compensation when her house is demolished. The old widow even revealed that her plea moved the judge to tears.

However, to the widow's surprise, her house was demolished and she was yet to receive her compensation even though an evaluation was done years ago.

The old widow pleaded with the Lagos government to pay her compensation as she is currently helpless and in need of financial support.

“Nigerians, please me to retrieve my money from the Lagos state government, I am old and feeble. I had six flats and I collected the rent free. I had a big shop where I sold my wares. They demolished everything without giving me a dime since 2015”.

“While I was reading the letter sent to me where I was given a 10-day notice, I suddenly collapsed. They ruined me and my life. They should pay me my money, please I'm begging”. The old widow cried out in tears”.

The old widow finally pleaded to Nigerians to support her in claiming her compensation from the Lagos government who she said unfairly demolished her house. 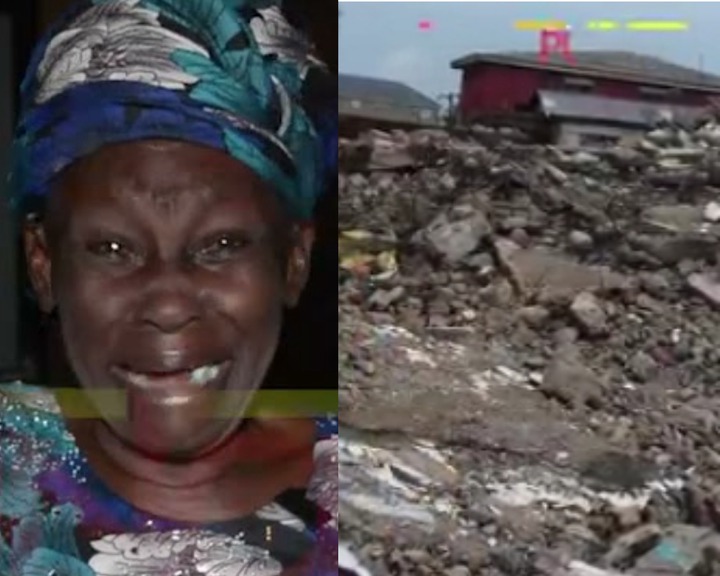