Top 15 most powerful anime characters and their pictures

By Abrahamsulaimen | self meida writer
Published 7 days ago - 2 views 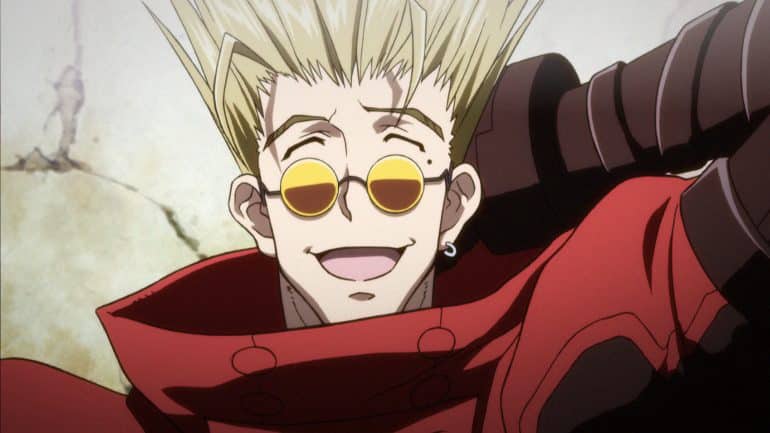 Vash the Stampede, who also goes by The Humanoid Typhoon, is the main protagonist from the Trigun series. Vash wields a powerful nickel revolver and travels from town to town to learn new things, while also fighting to maintain “love and peace.” He is often surrounded by destruction and chaos. Two Bernardelli Insurance Society representatives, Meryl Stryfe and Milly Thompson, discover Vash while investigating claims due to the damage he often causes. While Vash is powerful in his own right, he also finds himself lucky on numerous occasions. Although, luck may not be the correct word used to describe the destruction he indirectly causes.

Interestingly, Light Yagami doesn’t technically have any powers of his own. The power he wields is derived from a Death Note, a supernatural notebook of shinigamis used to take human life. The Death Note itself was dropped in the human world by Shinigami Ryuk, after which Light takes possession of it. Any name that appears in the note will die. However, with only humans being affected by this, Light doesn’t appear higher on this list, as it doesn’t affect any demons, vampires and the likes. 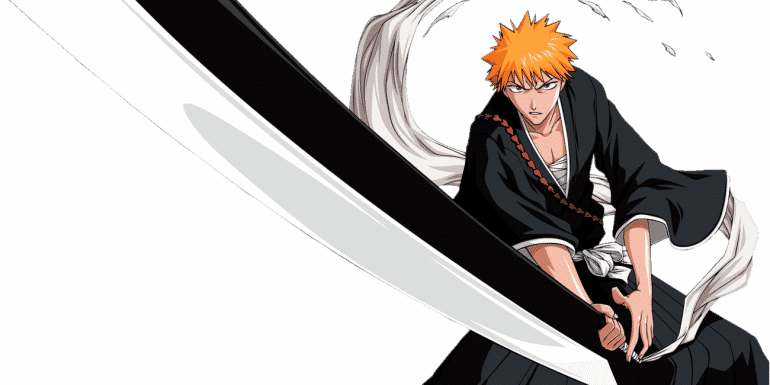 Ichigo Kurosaki receives the Soul Reaper powers after having befriended Rukia Kuchiki, the Soul Reaper who was assigned to patrol the city of Karakura Town. Having received the powers, at a cost to Rukia, Ichigo accepts the responsibilities as his stand-in, fighting to protect people from the evil spirits called Hollows. 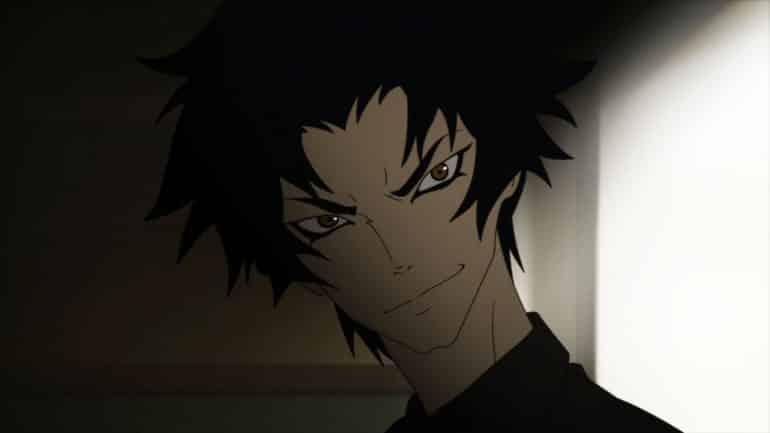 Akira Fudo is the protagonist from the anime series Devilman, the oldest anime from the list, having first aired in 1972. Starting off as a weak teenager, Akira has powers and memories granted to him by the demo, Amon, who possesses him. Due to being a pure-hearted individual, Akira retains most of his human characteristics while having the benefit of a host of demonic powers. Interestingly, instead of joining the demonic forces aiming to bring about the destruction of the human race, Akira uses his new-found powers to protect humanity. Such is his power, Akira can easily tear apart demons in half with his bare hands, while also being able to fly, teleport and breathe flames. In addition to these powers, Akira is also able to increase his size on a whim. 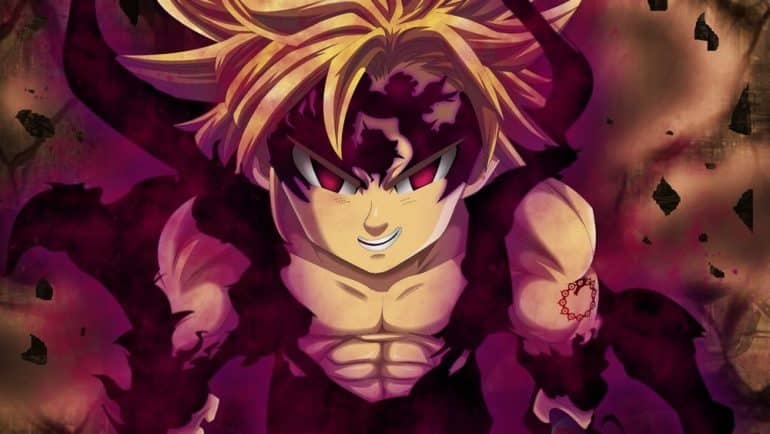 Son of a Demon King and the Dragon’s Sin of Wrath, Meliodas possesses great strength with a command over the flames of hell, as well as being the leader of the Ten Commandments. He also has the power to withstand and deflect magic, while also being cursed with immortality, making him practically impervious to the evil forces that be. Meliodas has the appearance of a young boy, although his dark sense of humour easily gives his adult nature away. That said, he is getting on in age, having lived more than three thousand years old already. 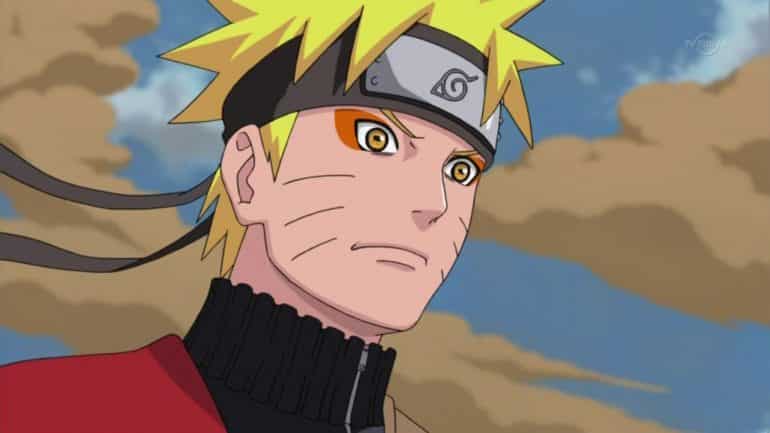 One of the more popular characters in the anime universe, Naruto Uzamaki is a loud-mouthed ninja, who appeared in the self-titled show over a period of 10 years over 500 episodes, with numerous other spin-offs to boot. Naruto’s ability, Sage Mode, along with his control over the Nine-Tailed Demon Fox gives him extreme strength with the ability to form insane monsters from his chakra. In addition to this, Naruto also has strong relationships with the other Tailed Beasts, which allows him to wield each element of chakra to combine into an even greater power overall. At the same time, he’s able to spawn an army of clones to do battle alongside him. As the former chairman of the Hunter Association, an organisation responsible for testing elite members of humanity, Isaac Netero is one of the strongest martial artists across the anime universe. Having put himself through the paces of a training regime that was said to have killed him, Netero gained incomprehensible power and speed as a result of surviving this ultimate of tests. In addition to this, he is also able to summon a massive karate god capable of destroying almost anything in its path. Having implanted a bomb in his chest, Netero holds all the cards, with the bomb set to go off if he’s ever defeated in combat, dealing a lethal blow to any opponent. The bomb also has an added bonus of poisoning anyone strong enough to survive the initial blast. 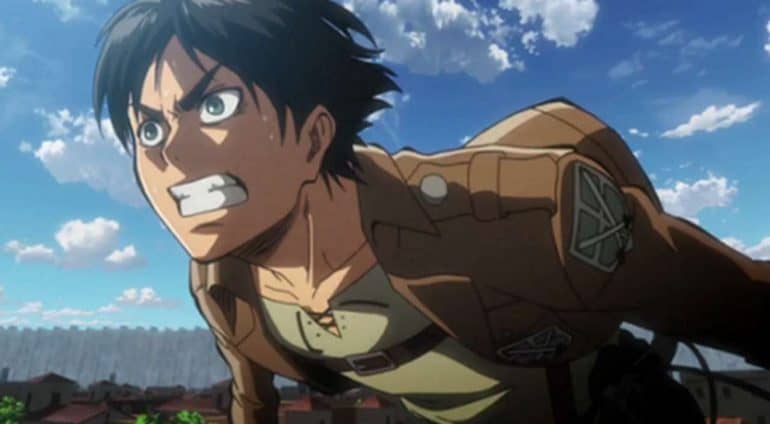 Eren is the main protagonist of Attack on Titan and a former member of the Survey Corps. His abilities include being able to transform into a 15m-tall Titan, who in addition to having extreme powers, possesses great regenerative powers. Over and above this is Eren’s ability to command hordes of Titans to follow his instruction with the power of the Founding Titan living inside him. This can easily enable him to bring about the destruction of entire cities while being able to summon 50m-tall Titans to do his bidding if he so chooses. This ability alone is what allows him to appear on the list of the most powerful anime characters to date. 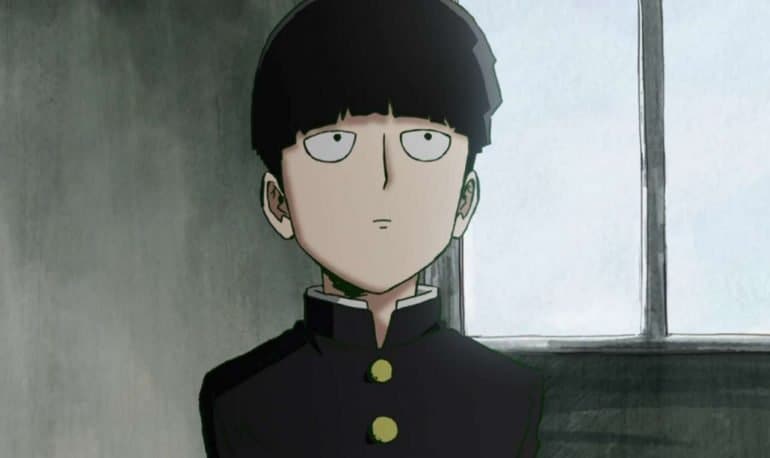 Mob, whose real name is Kageyama Shigeo, is the lead protagonist from the Mob Psycho 100 series, and also the assistant and disciple of Arataka Reigen, as well as the VP of the Body Improvement Club. Mob is an esper, a human being that possesses psychic abilities. He possesses great powers, such as spiritual awareness, telekinesis, psychic energy absorption, astral projection (enters the mind and bodies of others), chlorokineses (able to infuse his power into plants, enabling them to grow and control them to his will), as well as psychic energy transference (transfers power to another, making them stronger based on how much energy was transferred). His powers have the equivalency of large-scale natural disasters, with the addition of his opponent falling to his powerful psychic abilities. 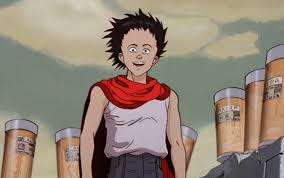 The antagonist from the series Akira, Tetsuo Shima has immeasurable psychic powers at his disposal. Having been awakened after a collision with another psychic, Shima’s power grows quickly. His powers grow so powerful and intense that it threatens the entire universe. As a result, Shima transports himself into a place outside of reality to release the psychic explosion. This explosion is so immense that it births an entirely new universe. The event showcases the capability he possesses to both create and destroy universes. 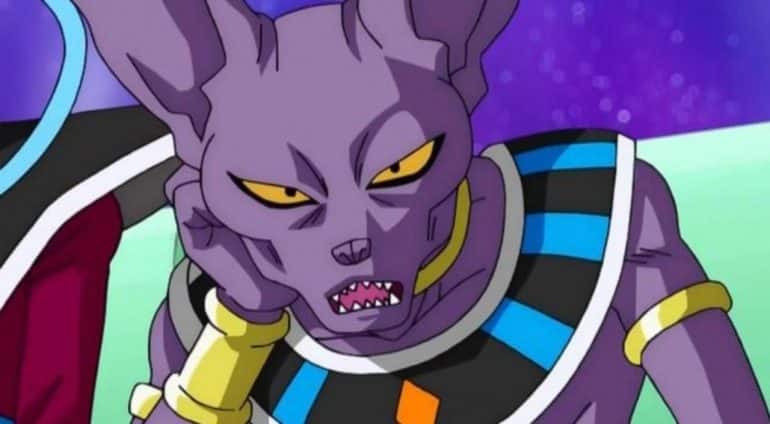 He may appear to us a humanoid cat, but Beerus is anything but. Being the God of Destruction of Universe 7, he is originally the main antagonist of the show, but later becomes a supporting member of the cast. Beerus is considered one of the strongest among the 12 Gods of Destruction, with a simple mission to maintain balance in the universe. Beerus, however, is known for his laziness, sleeping for up to decades at a time, but once awakened sets out to destroy a few planets at a time to allow room for new ones to grow, maintaining balance in the universe. 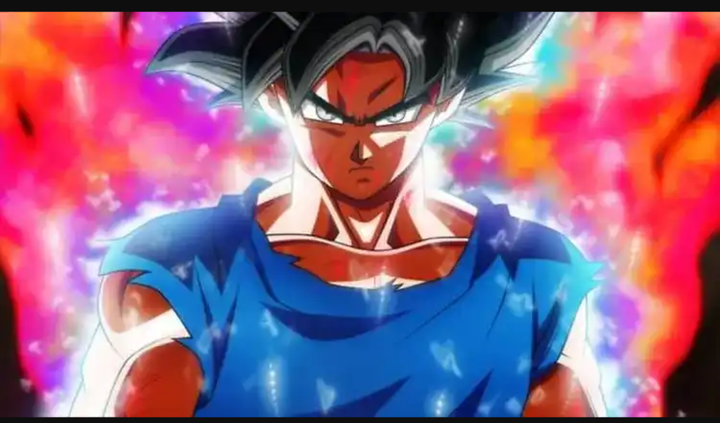 One of the most popular characters in the history of anime, Son Goku is the strongest martial artist across any show. He is widely considered the strongest fighter across multiple universes in Dragon Ball. Already possessing sufficient power to rival almost anyone, Goku’s recent acquisition of the Ultra Instinct form only increases his powers and moves him up the list somewhat. Prolonged fights with his enemies risk destroying an entire universe as collateral damage. Long gone are the early days of the show with Goku still a young boy. 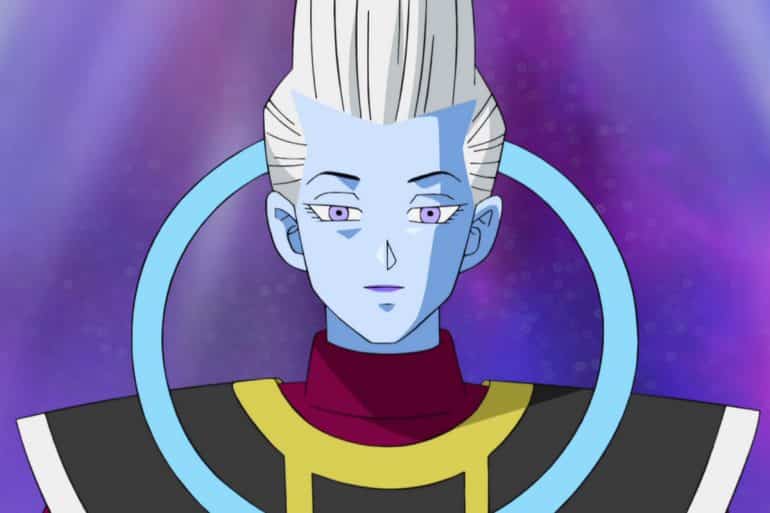 Although he may look quite the oddball, let it not fool you into thinking Whis isn’t an incredibly powerful angel. Whis is the martial arts teacher to Beerus, as well as the strongest being in Universe 7. Beerus himself has claimed that Whis is far superior to him, highlighting just how powerful he is. Another showcase of his power is indicated by means of Whis having knocked out Beerus with a single hit to the neck. In earlier fights with Goku and Vegeta, he easily fends off their dual attacks with his hands behind his back. Over and above his power, Whis also has lightning speed, stating that each of his arms act as its own organism. This means that the movements of his arms aren’t dependent on thoughts from his brain to travel to his muscles, granting him super-fast reactions. He also carries around a powerful staff, allowing him to make objects vanish and reappear, as well as to materialise new objects from nothing. 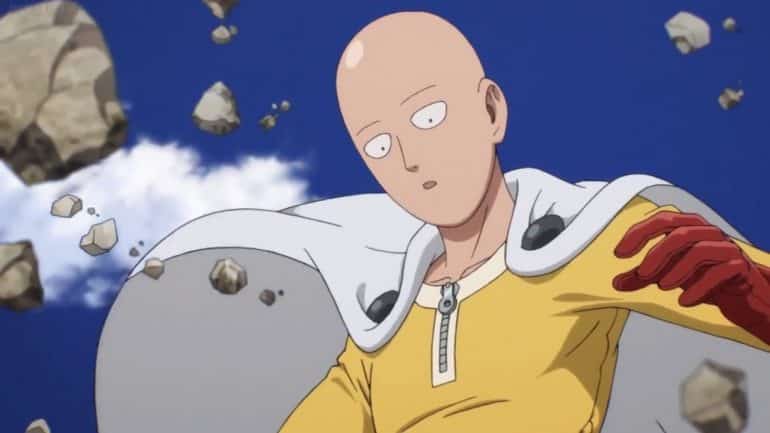 Saitama rose from humble beginnings. Having trained rigorously for three years, he gained the power to withstand any blow and defeat any enemy with a single punch. Hence the title of the series. Saitama, unlike many other characters in anime, isn’t interested in being the most powerful in the universe, with his powers actually bringing with it depression for the protagonist. Already the most powerful being in his universe, Saitama believes that the pursuit and journey to reaching one’s goal are more fulfilling that holding the position, which leaves him feeling a sense of emptiness having achieved this. 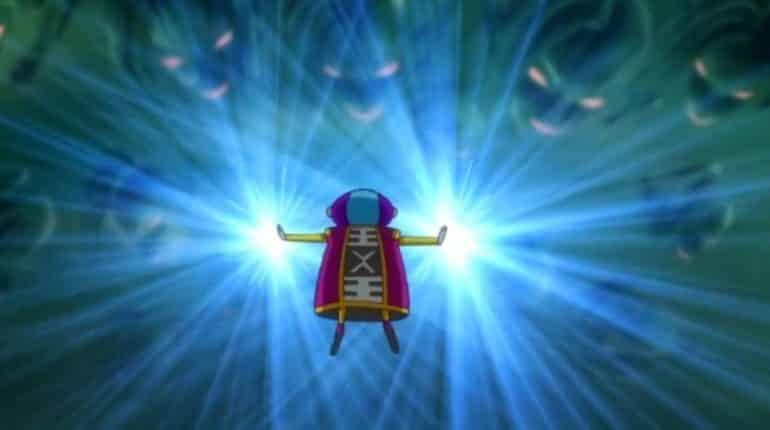 Zeno is the ruler of each of the realities in Dragon Ball Super. He has the ability to create and destroy all existence across multiple universes in a single instance. He may look unassuming, but he has absolute power and can bring about the destruction of all life as we know it on a whim. Unlike many of the other characters on the list, Zeno doesn’t possess any fighting skills or techniques, he is simply powerful. He commands space and time with youthful abandon, which makes him extremely dangerous as well, having already destroyed numerous universes for the sake of some fun.

It has been a subject of debate recently whether Saitama could pose any threat to the likes of Zeno, having only previously thrown a single punch in anger (before the 2nd season arrived).

So that’s the list. If you feel passionate about any anime character that may not have made the list, feel free to voice your concerns in the comments section below.

Content created and supplied by: Abrahamsulaimen (via Opera News )

erigga who i be instablog news liverpoolnews net nijer romantic quotes for her
Opera News is a free to use platform and the views and opinions expressed herein are solely those of the author and do not represent, reflect or express the views of Opera News. Any/all written content and images displayed are provided by the blogger/author, appear herein as submitted by the blogger/author and are unedited by Opera News. Opera News does not consent to nor does it condone the posting of any content that violates the rights (including the copyrights) of any third party, nor content that may malign, inter alia, any religion, ethnic group, organization, gender, company, or individual. Opera News furthermore does not condone the use of our platform for the purposes encouraging/endorsing hate speech, violation of human rights and/or utterances of a defamatory nature. If the content contained herein violates any of your rights, including those of copyright, and/or violates any the above mentioned factors, you are requested to immediately notify us using via the following email address operanews-external(at)opera.com and/or report the article using the available reporting functionality built into our Platform 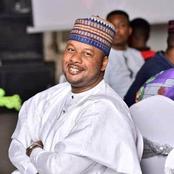 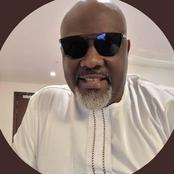 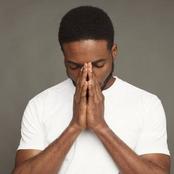 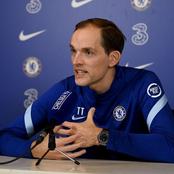 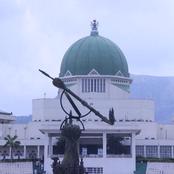 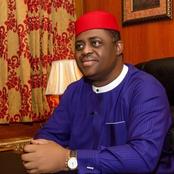 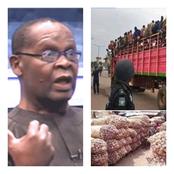 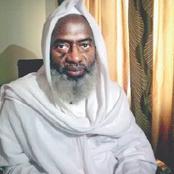 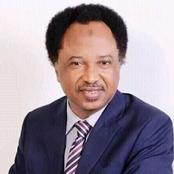 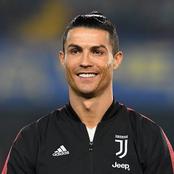