By Newstrend24 (self media writer) | 9 months ago

Until his untimely death, Morenikeji Oluwaniyi was a medical doctor who decided to convert his Toyota Corolla car to Uber as a way of raising money to keep his body and soul together.

But as fate would have it for him, he was cut down at his prime by men of the underworld. According to a report published on Punch Newspaper on Thursday, Oluwaniyi was said to have accepted an order to take a passenger to Ikeja around 10pm on Sunday.

Picking him from Abule Egba, the passenger, Hammed who requested for the order was later joined by two other members of his gang. On getting to Abule Egba Under Bridge, they grabbed the driver from the back seat and strangled him to death.

After confirming his death, they reportedly dropped his corpse on the ground and drove the Toyota Corolla to Afrika Shrine in Ikeja to celebrate their big catch. 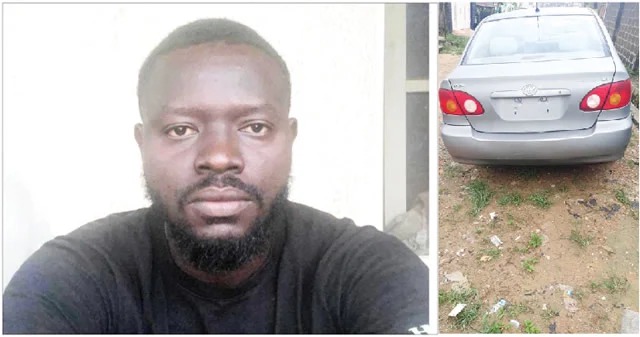 Unfortunately for them, the fiancee of the deceased, Adeola Adesanwo was with him when the order came. After waiting for him to return and didn't see him, she became worried and decided to track the car. She disclosed that she tracked the car to Oyadeyi close in Abule Egba where it was parked at a mechanic workshop.

On getting there, the plate number has been removed and the four tyres changed. She headed straight for Meiran Police station where four officers followed her to the mechanic workshop to carry out the arrest.

The mechanic and one of the culprit were arrested which consequently led to arrest of other members of the gang. The suspects were said to have taken them to the scene of the crime and they found the corpse of the victim in Abule Egba under bridge.

Confessing to the crime at the police station, the suspects disclosed that the trip was a set up. They noted that they were actually out to rob any Uber driver that accepts their order and unfortunately it was Oluwaniyi that fell into their trap.

The victim's girlfriend, Adeola said that they should have simply collected the car and let him go, noting that he was a medical doctor who cherished life so much.

She confirmed that her boyfriend just secured a job as a medical doctor and he was expected to resume the following day, Monday by 8am. But he decided to accept the order so as to raise money to sustain himself as a new employee.

Adeola claimed that he left the house around 10:20pm and by 12 midnight, his phone was switched off. She decided to contact the company where he got the car and they confirmed they had already implanted a tracker in the car. It was the company that helped her track the car to where it was found in Oyadeyi close. 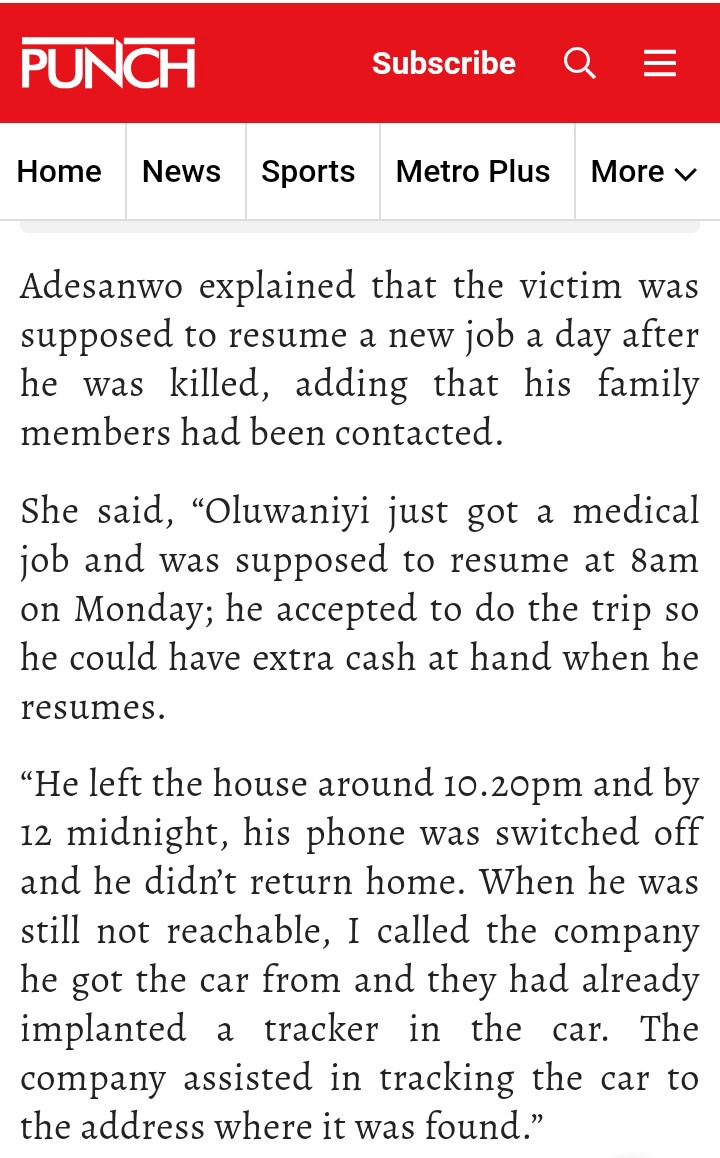