I got N16000- N30000 as my share from the people we kidnapped.-Suspected ABU lecturers Kidnapper 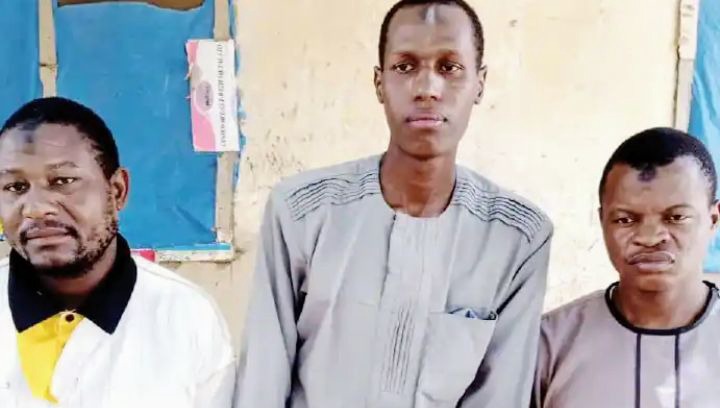 Since the inception of the new Vice Chancellor of the Ahmadu Bello University, Zaria, there has been quite some episodes of unrest in the school community and one of it is Kidnapping.

This called for the school prompt action to informing the Police who were able to get the People behind the sudden abductions of Lecturers and Students in the community.

The police with the help of the special intelligence attached to the office of the inspector General of Police, were able to arrest one Abubakar Yakubu A.k.A Dogo, Issa Kabiru A.K.A Wicked and a former Security officer of the university, Abubakar Aliyu who were involved in the Kidnapping of two lecturers from the school Faculty of Medicine.

It was also reported that the gang were the one involved in the Kidnapping of one of the lecturers Children as well as two students from the university Sick bay Unit.

According to the reports from the police, it was gathered the the gang confessed to being involved in 6 Kidnappings in the University and the former Chief Security Officer of the University was the ring leader of the gang but unfortunately, He is still at large.

While speaking with Newsmen, one of the Suspects, Yakubu, a 24 year old and father of three said he was introduced to the gang when he was an Okada Rider and he earned only 3000 naira per day from the Okada Business but since he joined the gang in her business, he earned between 16000 naira and 30,000 naira from each Ransom paid. He also claimed that he knows nothing about the total amount of Ransom paid by the Kidnapped Relatives.

Another suspect, Aliyu, the former security officer said he joined the gang because he was not happy with the new VC action in sacking the former CSO and he confessed to have gotten a share of #550,000 from three of the Kidnapping.

Kabiru on the other hand said he was not involved in the Kidnapping. He said he was always buying stolen Cows from the gang.

We hope the remaining Criminals are found and peace is restored to ABU.

The rate at which Kidnapping is taking over the country at large is on the high side... We hope peace is restored soonest.