At least 47 people were killed and dozens more injured in an explosion at a Shia mosque during Friday prayers in Kandahar, the heartland of the Taliban movement now ruling Afghanistan. 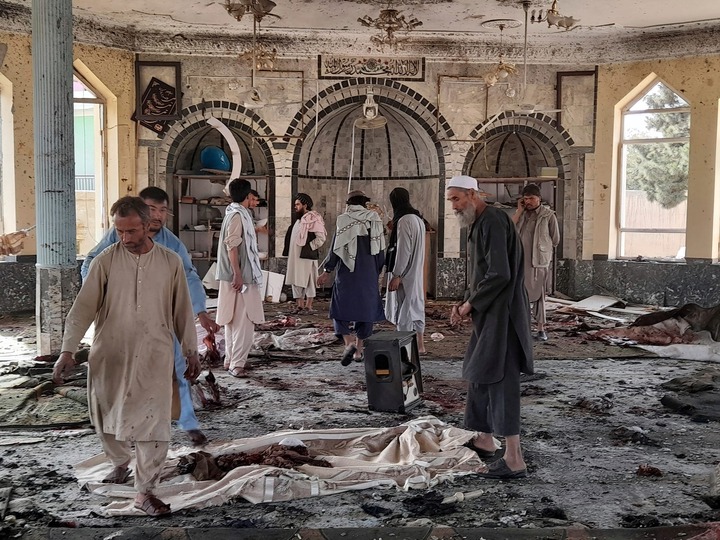 Islamic State has claimed responsibility for a suicide bomb attack on a mosque in southern Afghanistan that killed at least 47 people. Officials say the incident happened during Friday prayers at a Shia mosque in Kandahar, with 70 believed to be wounded.

It happened just days after IS claimed responsibility for a similar attack that killed several people at a Shia mosque in the northern city of Kunduz.

The jihadist group said in a statement that two of its militants killed numerous Imam Bargah mosque guards, then broke in and blew themselves up between two groups of worshippers, one of which numbered roughly 300 people.

Murtaza, who was in charge of security at the mosque, claimed to have seen two bombers. He said one detonated explosives outside the gate, and the other was already among the worshippers inside the mosque. He went on to say that outside the mosque, security personnel shot another suspected attacker.

Security forces have been commanded to capture the criminals and bring them to justice under Islamic law, according to Taliban spokesman Zabihullah Mujahid.

The fact that IS struck in Kandahar, the heartland of the Taliban movement that now rules Afghanistan, was a shock, according to Imam Mohammad Zaidi of the Imam Bargah mosque.

No one warned us about any threat, he said.