What if Judas Iscariot ran away after taking the 30 pieces of silver?

By Josseywrites (self meida writer) | 12 days 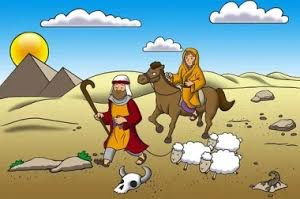 Jesus Christ began his ministry at the age of 30 years and died at the age of 33 years after been betrayed by one of his disciple named Judas Iscariot. It is important to note that the scriptures cannot be broken according to John 10:35. Moreover, theologians believed that the betrayal of Jesus Christ was foretold in Psalm 41:9, which says “yes, Mine own familiar friend, in whom I trusted, which did eat of my bread hath lifted up his heel against me.”

However, one may be inclined to think along these lines on the contrary, in the event that Judas had taking the money (Mark 14:10), and disappointed the Chief priest and Pharisees. Probably enjoying the money somewhere and returned after another betrayed Christ. This article will try to discuss five things that could have happened if the scenario of eloping was created.

It is generally accepted that people feel sad, remorseful and disgraced after committing certain crimes or exhibiting certain actions. Judas Iscariot will have experienced regret if he had eloped with the money and returned after another had betrayed Christ. The emotional grief would have been unbearable, and he will most probably regret ever taking the money or even having the thought of betraying Christ. This hypothesis is anchored in Mathew 27:3 which says "Then Judas which had betrayed him, when he saw that he was condemned, repented of himself and brought again the thirty pieces of silver to the chief priest and elders."

A number of people steal from others because of the greed for items that does not belong to them. Often time’s people also steal because of Ignorance, while others steal out of necessity. I will like to rule out the necessity because based on the New Testament text, Judas Iscariot was the "financial secretary" of the Jesus’ ministry, and they lacked nothing. It is then reasonable to assume that "he was a thief; as keeper of the money bag, he used to help himself to what was put into it," according to John 12:4-6. Consequently, if the unrepentant Judas had eloped with the money without fulfilling his own part of the deal, there is also the likelihood that he might even betray the other disciples or continue stealing in order to feed his greed.

I will not bother addressing discrimination in this article because it means the unjustified distinctions among humans but rather lean towards segregation. Segregation is setting someone apart from others for certain reasons best known to a group of people. They eleven disciples of Christ would have been offended if another disciple betrayed Christ on the condition that Judas made away with the Pharisees money. Obviously, some level of separation and isolation would have been met out to Judas by the disciples. Also recall that Judas betrayed Christ with a "public kiss" (Luke 22:48) without fear or rancor at that moment, this will likely induce some form of social stigmatization on him (denied access to the prayers, gathering and meetings) if he had lived on to witness another disciple betrays Christ. Life then would have been more miserable than when he joined the ministry. 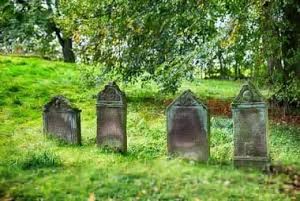 No one will normally end his own life except in extreme circumstances. WHO reported that close to 800, 000 people die globally due to suicide and the underlying causes are peculiar to each person. Suicidal thought occur when they think that their actions are unpardonable, loss of a loved one, and trauma from recent or past actions, bullying, shaming, and humiliation. One of the typical signs of suicide is that such people prepare for their death which Judas did by acquiring the piece of land where he ended his life in Acts 1:18. This evidence I suppose will still play out in his life peradventure Christ was betrayed by another after Judas eloped with the 30 pieces of silver.

The Old Testament report in Psalm 41:9 and Zachariah 11:12-13, it clearly shows that no disciple in particular had been named as the one that will betray Christ. Hence I will like to believe that the temptation to betray Christ was put in the hearts of all the disciples but Judas fell into the sin because he was a greedy man according to John 12:4-6. But peradventure Judas eloped with the Chief Priest money, it is important to note that Christ will still be betrayed by one of the twelve as the bible had foretold in Old Testament because no disciple was named. Moreover, the New Testament recorded in Luke 22:3 that, "then entered Satan into Judas surnamed Iscariot, being of the number of the twelve.” Hence, satan could also possess another disciple to fulfill this prophecy beside Judas Iscariot.

The life of Judas Iscariot is a lesson to all believers that greed is insatiable and when it mature yields betrayal. No doubt Judas Iscariot betrayed Christ but this article discussed the likelihood of a change of plan by Judas and what could be after-effects. Although it never happened but the consequences are grievous and people should therefore avoid greed and betrayal at all cost.

Content created and supplied by: Josseywrites (via Opera News )

Check Out Five American Rappers Who Are Of Igbo Origin

A Man Will Act Right For The Girl He Really Loves

Rema Is 20 And Fireboy 23, Check Out The Age Of Omah, Olakira And Other Talented Upcoming Singers