The Rise And Fall Of Mighty Joe, The Notorious Robber That Got Silenced By Mighty Bullets In 1973

By gistnodeyfinish (self media writer) | 29 days ago

There is a long list of notorious armed robbers in Nigeria who have made the lives of those around them a living hell. Lawrence Anini, Nigeria's most dangerous outlaw, and his gang began their criminal activities in the 1980s and continued until they were apprehended and executed. 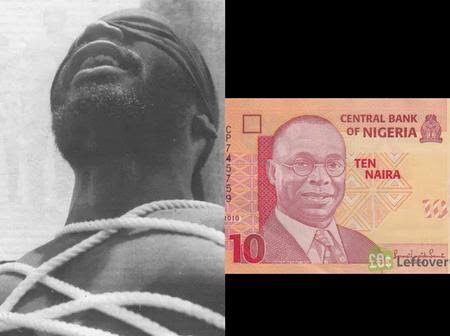 There was also Abiodun Egunjobi, also known as Godogodo and the one-eyed robber. Until his arrest in 2013, he was responsible for the deaths of nearly 100 police officers. 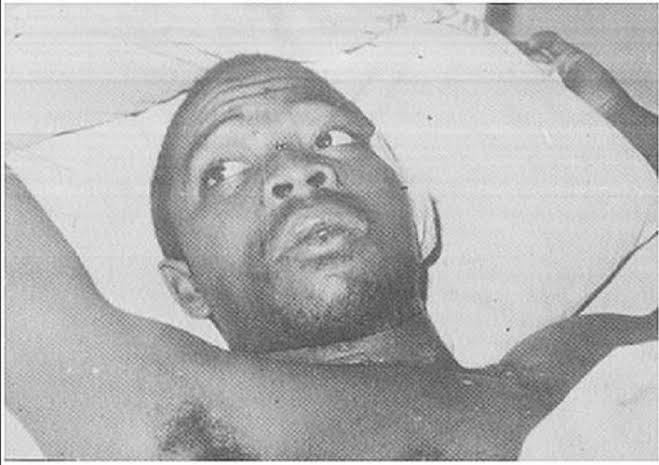 However, before Lawrence and Abiodun, there was Isiaka Busari, popularly known as Mighty Joe. Isiaka Busari rose to prominence after his gang leader, Ishola Oyenusi aka Dr Rob, was executed in public after causing fear and panic in the late 1960s and early 1970s.

Mighty Joe was primarily active in Lagos, where he was born and raised. Mighty Joe was born in 1936 to a struggling mother and father, and he shared a home with his parents and four other siblings. Unfortunately, three of Joe's siblings died as a result of extreme poverty, leaving him with only one sister.

Mighty Joe was forced to drop out of school after finishing fourth grade due to his father's inability to pay for his education. With nothing else to do, Mighty Joe became obsessed with boxing and would sneak out of his house to box against his parents' wishes.

Soon after his father died, he left his mother's house to fend for himself. With a desire to make money, Mighty Joe left the boxing ring and entered the buying and selling market, frequently obtaining many of his goods from the port. After joining a gang led by Abiodun Egunjobi, Mighty Joe began learning how to steal and outwit traders.

According to several accounts, Mighty Joe was particularly feared by women. According to one account, he harassed a young lady and poked her eye with a lit cigarette he had in his mouth, blinding the poor lady.

Mighty Joe had become the most wanted robber in Lagos by the 1970s. He'd also made a name for himself as being a lethal robber. Abiodun Egunjobi had assembled a gang of ex-soldiers to provide him with physical protection while he sought spiritual powers from popular juju men.

The Fall Of Mighty Joe

Mighty Joe's robbery reign, like that of several other notorious criminals, came to an end in 1973 when he was arrested for stealing ten Naira from Micheal Osayunana, a hotel bartender. 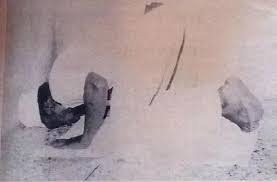 Mighty Joe is said to have converted to Islam after his conviction and prayed fervently for his execution to be postponed, but luck was not on his side. Mighty Joe was escorted by several police officers to Bar Beach on June 6, 1973, where he was executed in front of millions of people.

This crime, in comparison to the many other heinous crimes he committed and got away with, will pale into insignificance. But, before his death yesterday, 'Mighty Joe' was given a VIP ride from Kirikiri Prison to Bar Beach. He was escorted in a police van by six lorry loads of tough-looking anti-riot cops. 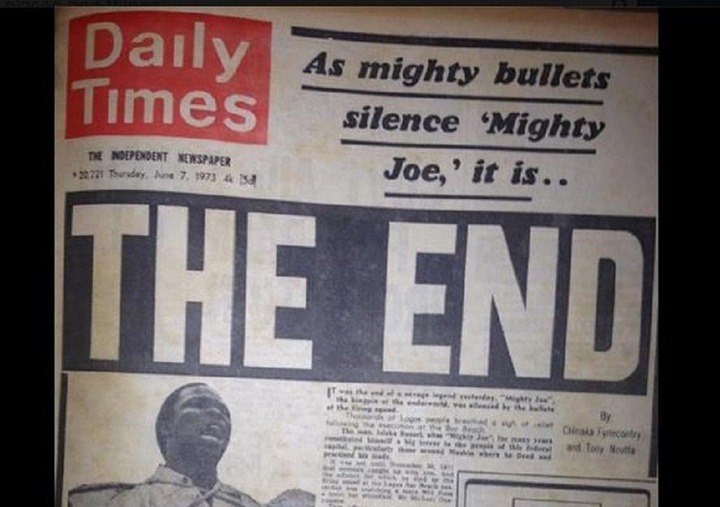 Mighty Joe was asked to say his last words before being executed, and he is said to have replied, "May God bless everybody, both my friends and enemies." Tell my wife, mother, and in-law to stay in shape.”