By Dimejisamuel (self media writer) | 9 months ago

To every action, there is an opposite reaction. This phrase is just telling us that whatever we do is bound to have consequences whether good or bad. Recently, a video of a man savagely assaulting an elderly woman suspected to be his mother went viral online and several people decried the barbarity displayed in the heart-wrenching video.

In the video, the man Identified as Sunday Maduegbunam Kosisochukwu was seen flogging, kicking and hitting the elderly woman believed to be his mother. The incident happened at Ogidi community in Anambra state.

Photos of the assault 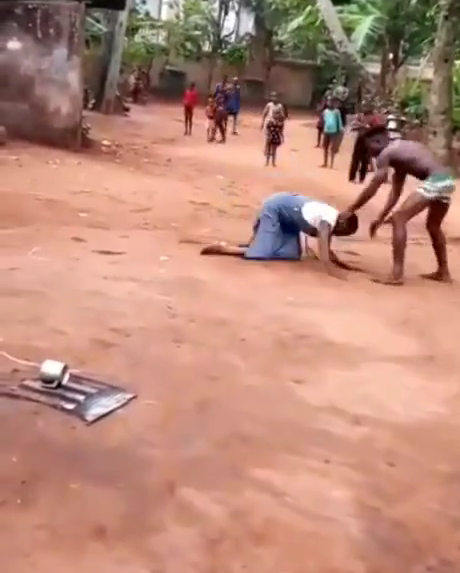 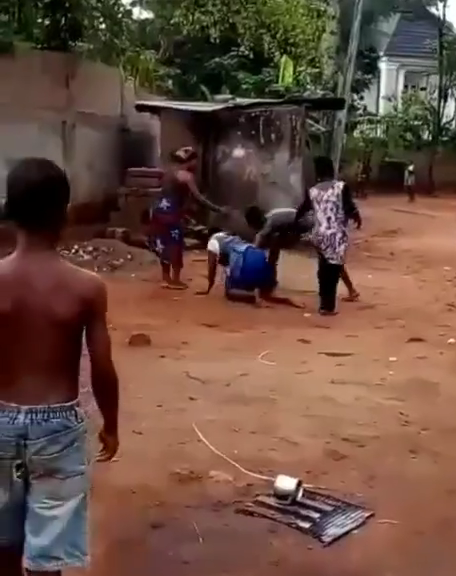 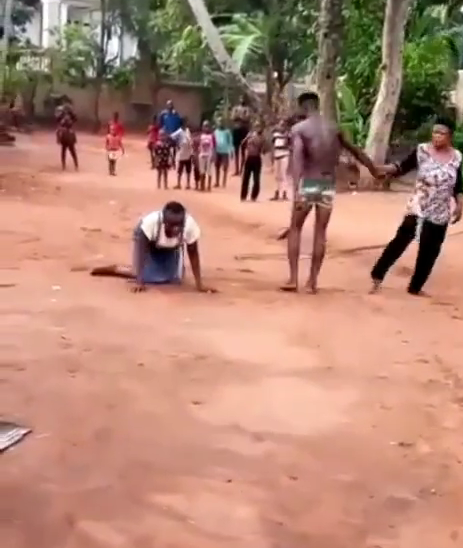 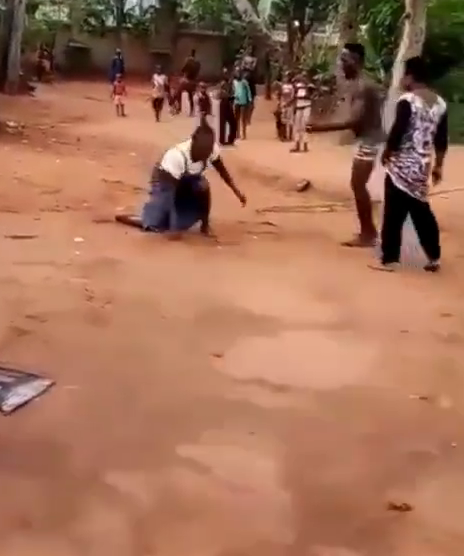 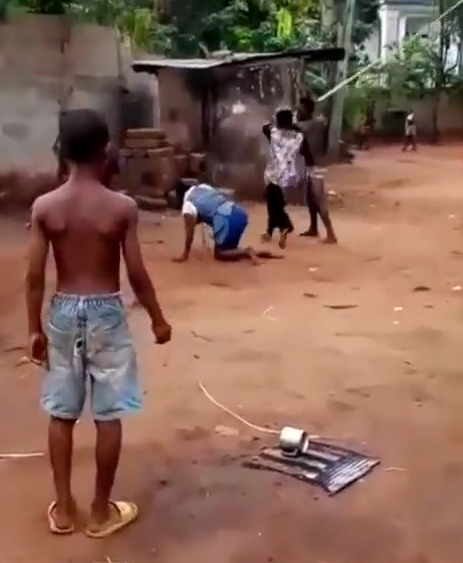 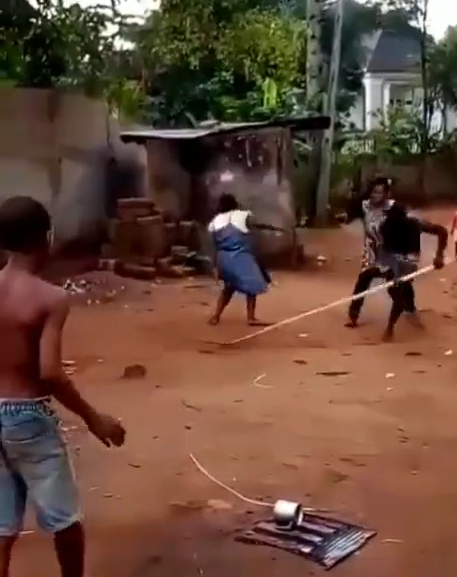 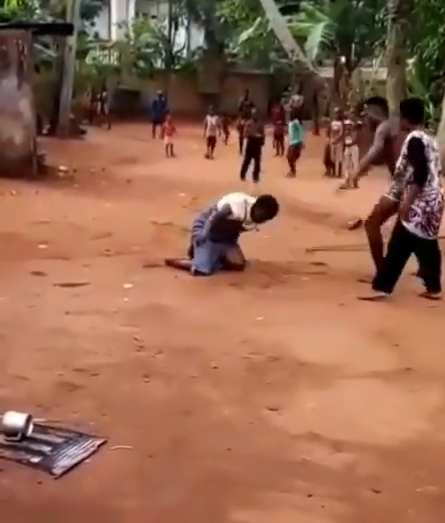 The cause of the confrontation was not known but the man appeared to be taking advantage of the helpless elderly woman. Meanwhile, according to Lindaikejiblogofficial, youths of the Ogidi community apprehended the man and interrogated him before he was dealt with. 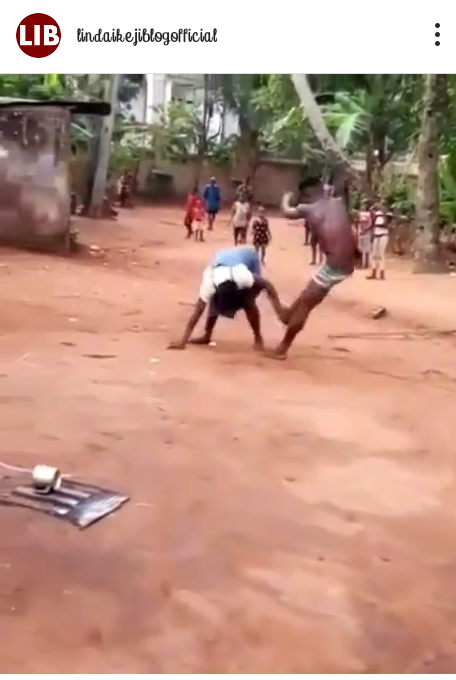 During his interrogation, Sunday admitted that he is the one in the video and that it was not doctored. He then pleaded for forgiveness and accepted that he did wrong.

Photos from his interrogation 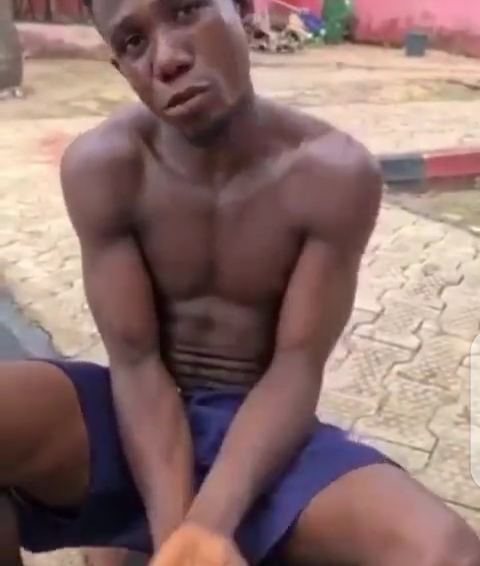 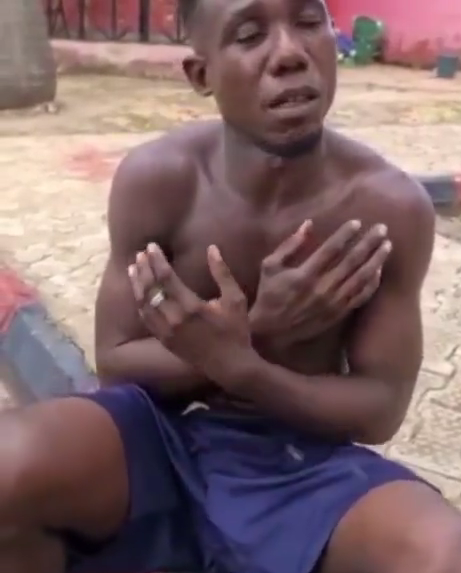 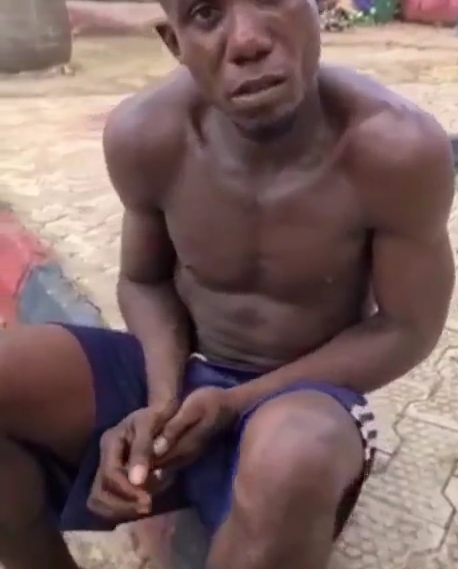 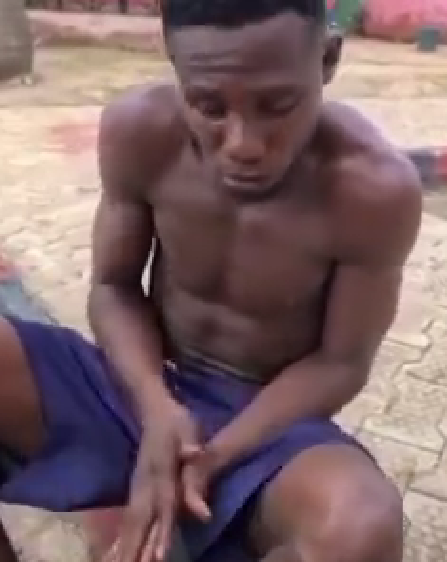 After interrogating him, the youths were not done with him and decided to pay him back in his own coin. He was tied to a tree and was given several lashes on his bare back to serve as his punishment.

Photos of his punishment 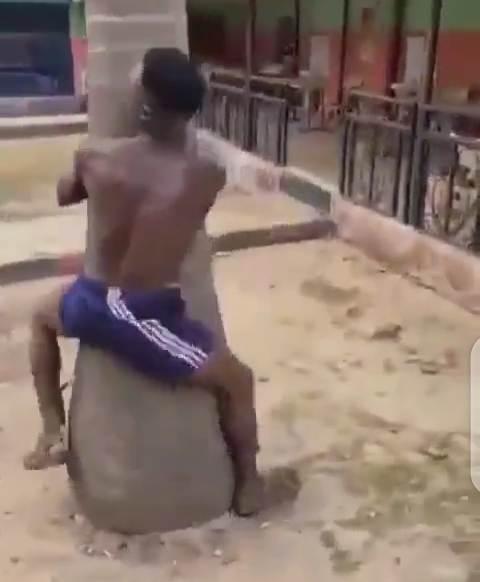 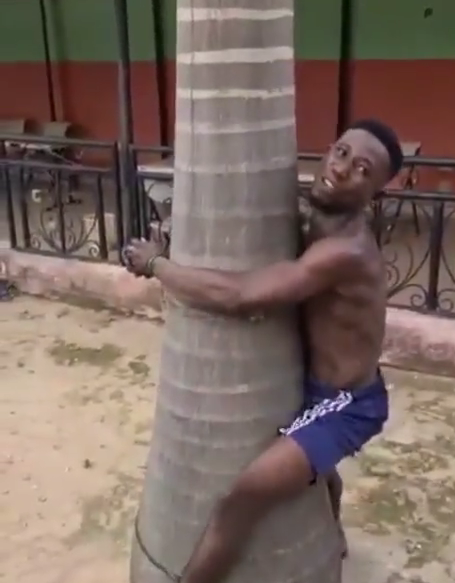 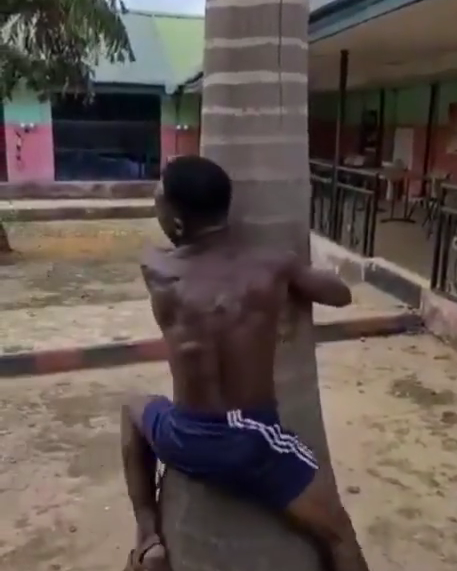 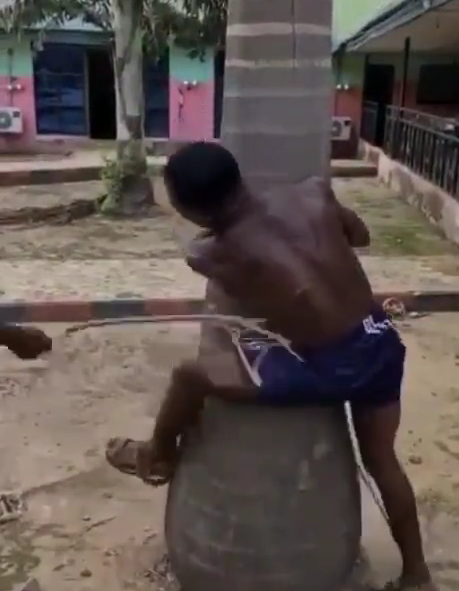 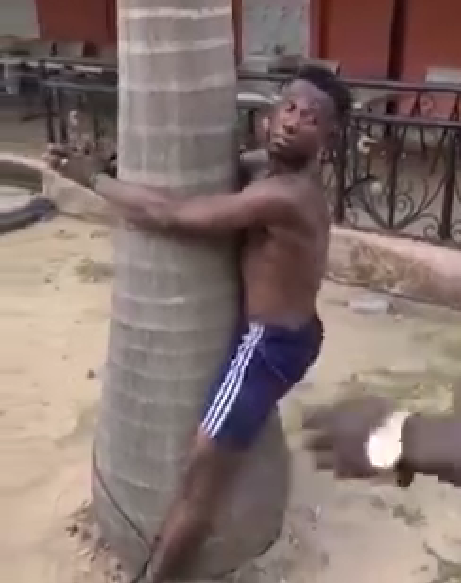 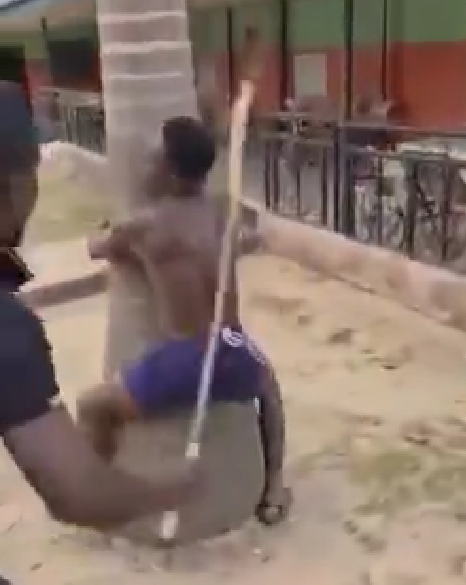 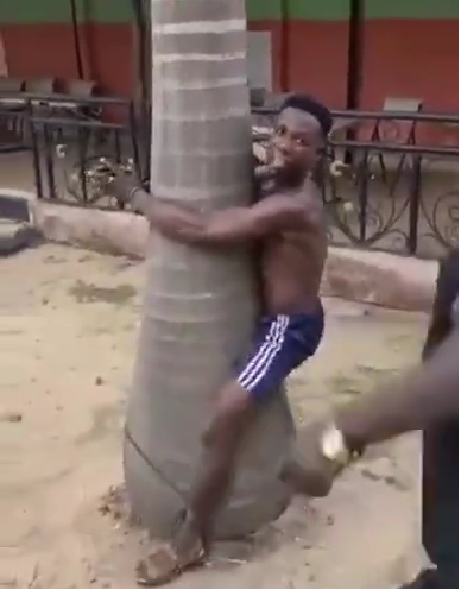 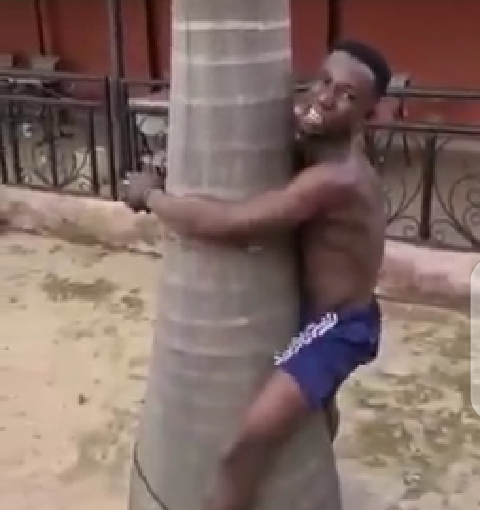 In the video, he was seen crying, shouting and pleading for mercy as he was continuously beaten by another individual.

You can watch the videos on Lindaikejiblogofficial on Instagram.

The development also received some reactions from several individuals.

Some of the reactions pulled from the comment box: 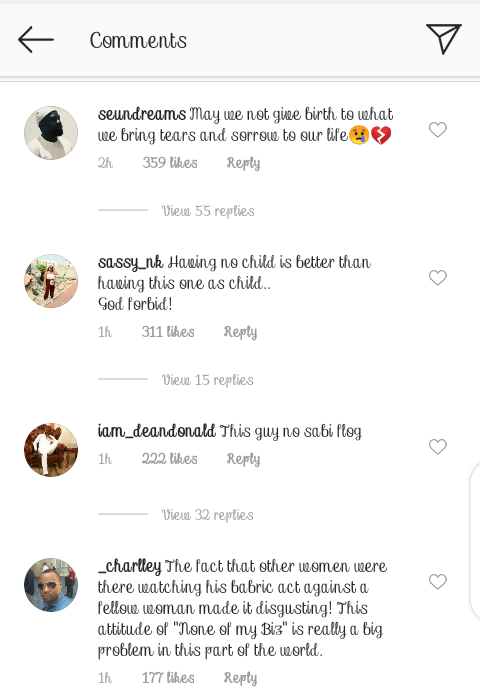 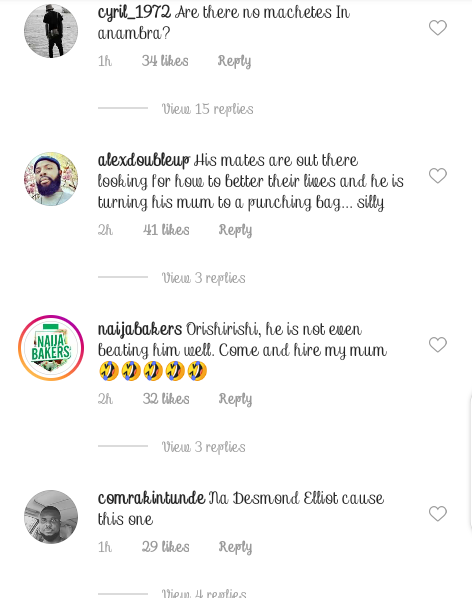 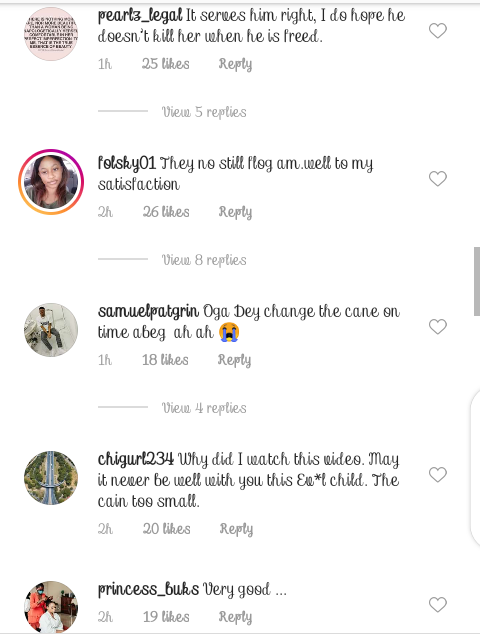 Some believed that it was the right thing to do and that it would serve as a deterrent to other youths who also engage in the act.

While some also faulted the on-lookers for not doing enough to save the elderly woman from the man.

What do you also think about the punishment meted on Sunday by the youths?