By Gistokoro4 (self media writer) | 1 year ago

While quoting the "Quran", the group listed the punishments for bandits to include either execution or crucifixion, cutting off their hands and legs from opposite sides or sending them into exile. 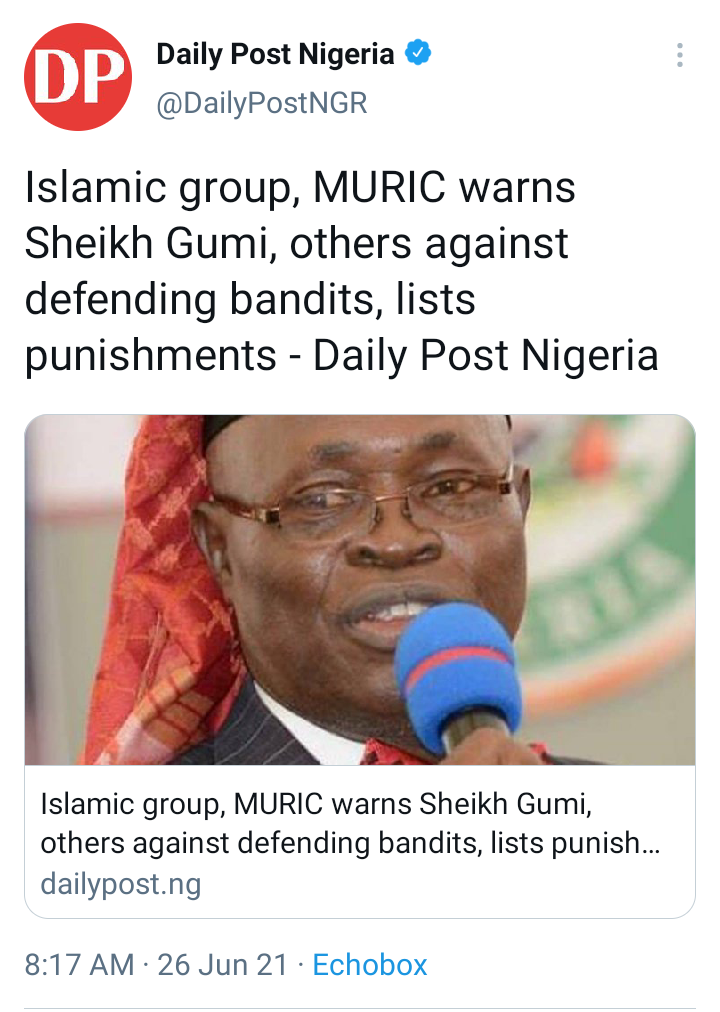 It's important to recall that during an interview on "Arise Television" programme, Gumi said that government security agencies must stop killing bandits, adding that they are victims too. 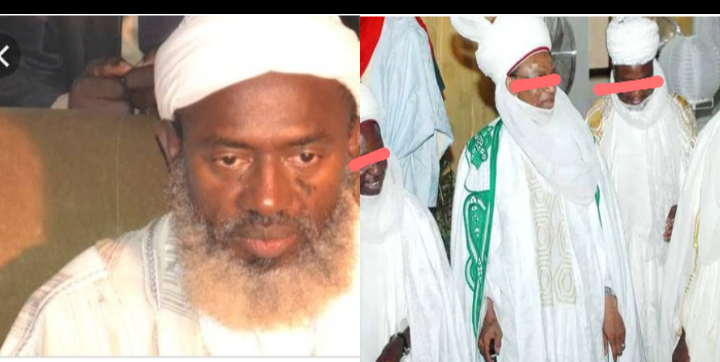 But in a statement signed by Professor Ishaq Akintola (the director of MURIC), the organisation warned against trivialising crimes committed by bandits.

The NDLEA command in Osun State on Friday said that they arrested 253 drug suspects in the state. 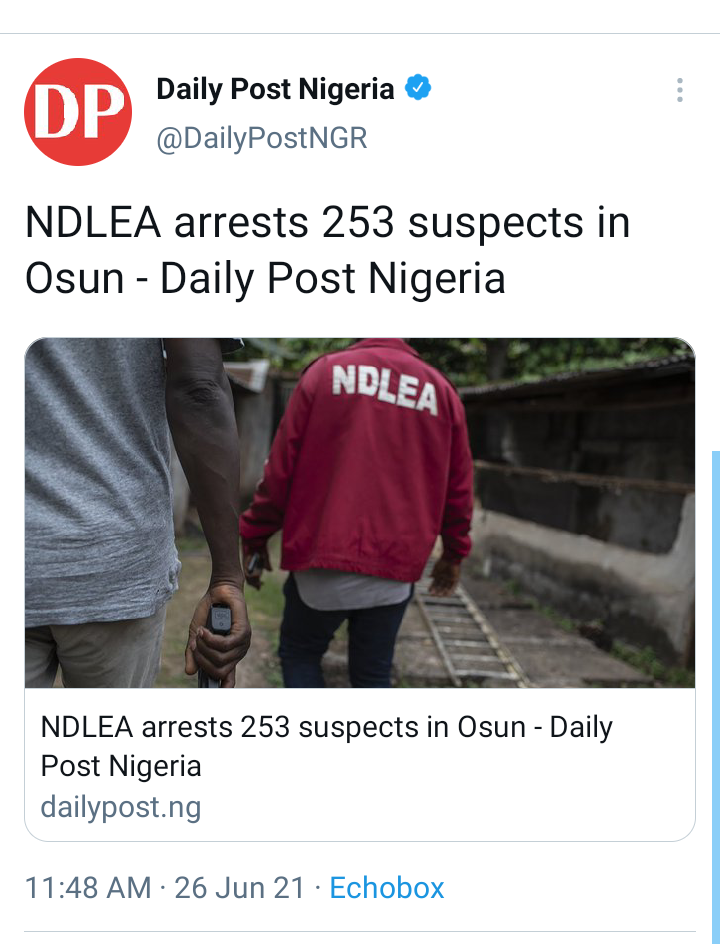 The suspects were made up of 240 males and 13 females while only four have been convicted and about 30 cases are pending in court.

The Vice-Chairman of Jaba Local Government Area of Kaduna State (James Bijimi) and an unspecified number of travellers have been kidnapped by bandits along the Kaduna-Kachia road. 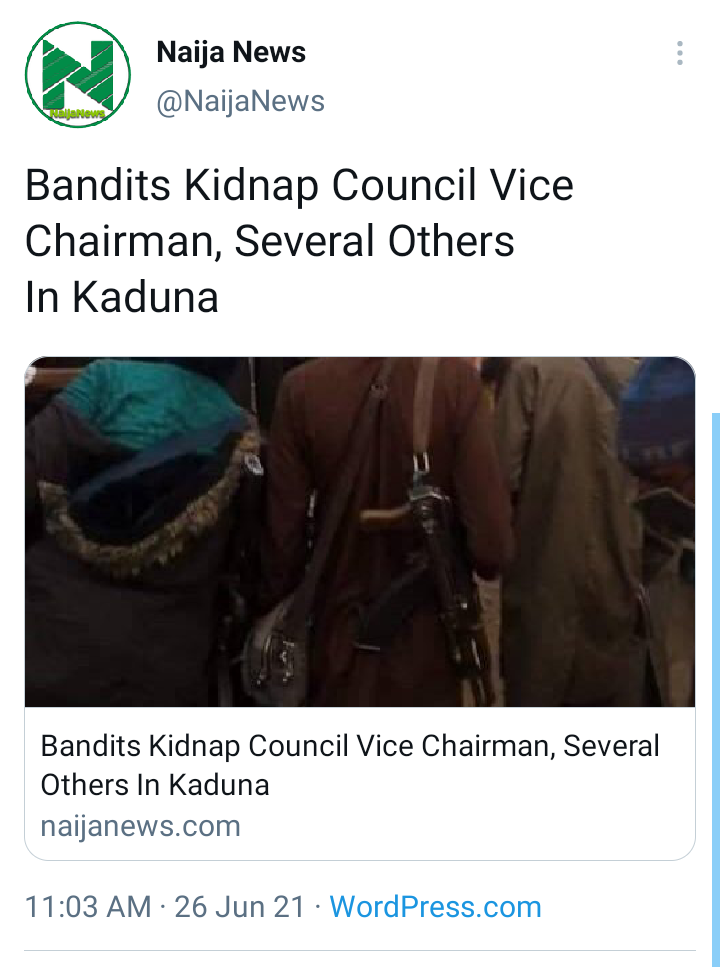 Briefing newsmen on Friday, the Kaduna State Police Command Spokesman, Mohammed Jalige, confirmed that the travellers were kidnapped but could not give the number of those that were abducted.

He said security operatives recovered three vehicles apparently belonging to the abductees, while one person was injured.

According to some reports, the bandits mounted a roadblock around Gonan Roger and Makyali axis in Kajuru Local Government at about 10:00 am on Friday morning, where they intercepted some vehicles and took away some people including the Vice-Chairman of Jaba Local Government Area.

Sheikh Ahmad Gumi has asked the Federal Government to extend its amnesty programme to bandits. 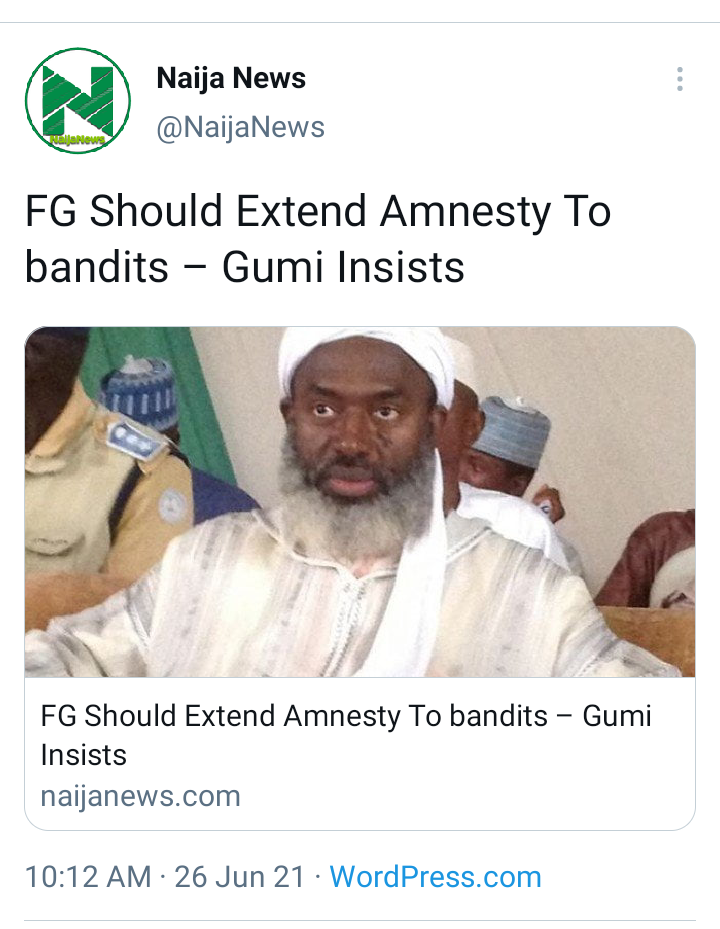 In an interview with newsmen on Friday, the cleric said the bandits been ‘forced’ into criminality due to government neglect and lack of political will.

Gumi added that the government to grant amnesty to bandits just like it did to Niger Delta militants.