By 9janewsonline (self media writer) | 6 months ago

Over 70 Hoodlums Arrested In Lagos 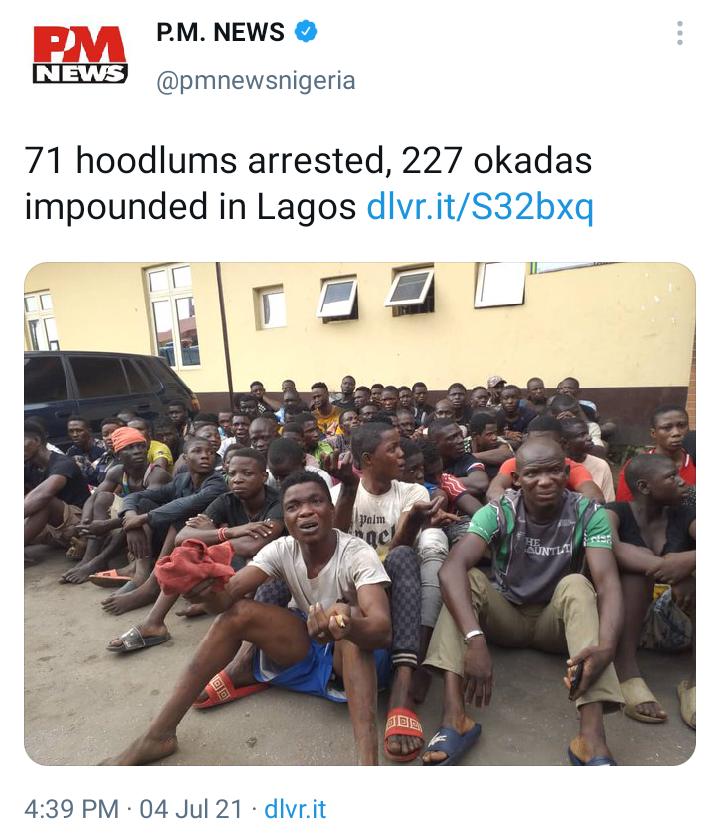 In Lagos, Southwest Nigeria, 71 hoodlums have been arrested, and 227 motorcycles known as Okadas have been impounded for riding on prohibited routes.

The arrest was carried out by members of the Lagos State Environmental and Special Offences Unit (Taskforce) during a weekend raid on black spots across the state.

The raid was carried out in accordance with the directives issued by the Lagos State Commissioner of Police, CP Hakeem Odumosu, to Taskforce to rid Oshodi of traffic robbers and miscreants who harass and rob motorists and commuters of their belongings. 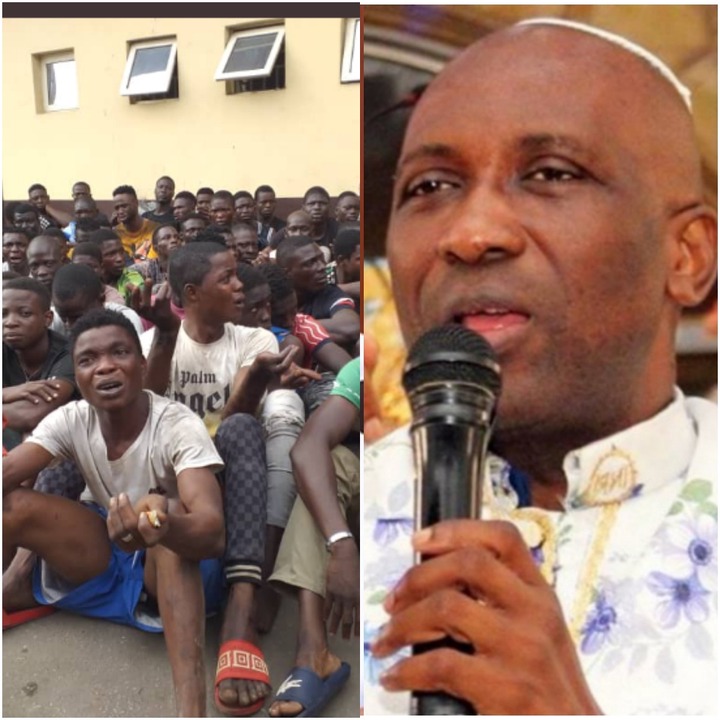 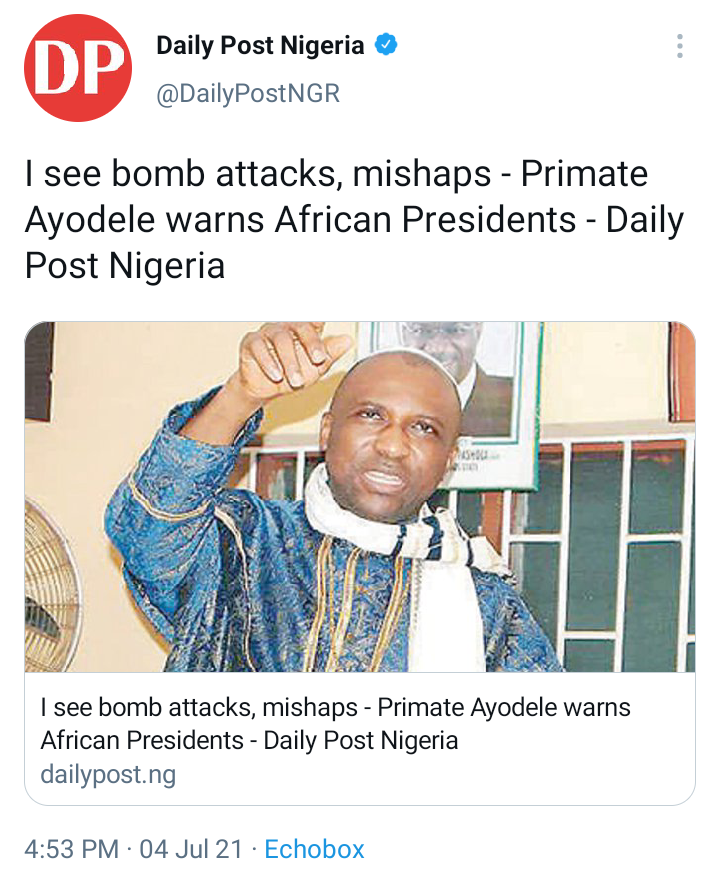 Prophet Elijah Ayodele, the Leader of the INRI Evangelical Spiritual Church, issued a series of warnings to some African Leaders, countries and their presidents on Sunday.

Primate Ayodele warned some African presidents to be cautious of bomb attacks and other mishaps in their countries.

He warned Cameroon President Paul Biya to be prayerful, observing that he had "slumped" due to health issues. 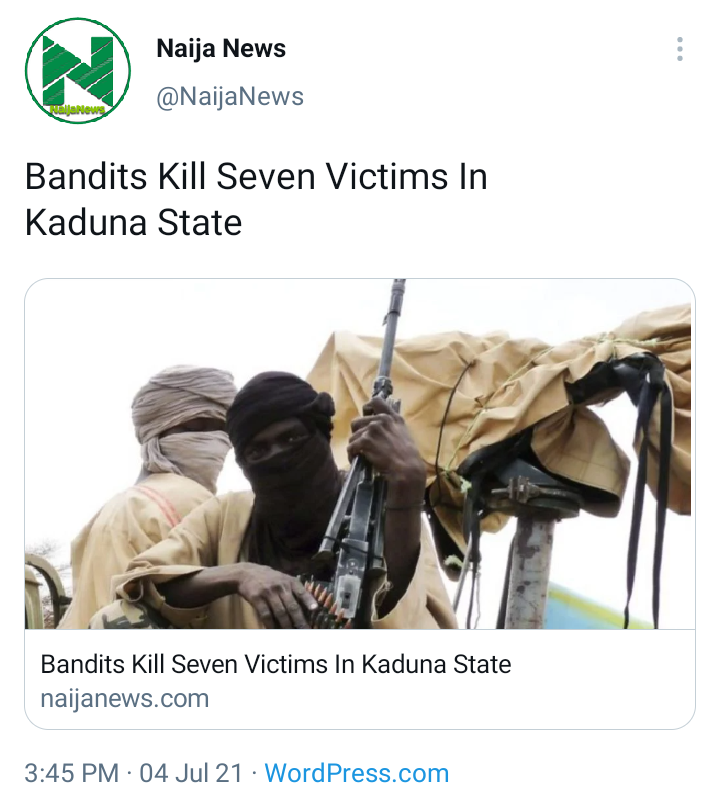 Bandits have killed up to seven people in three days in some Kaduna State communities.

The Kaduna State government confirmed the news in a statement issued on Sunday by Mr. Samuel Aruwan, the Commissioner for Internal Security and Home Affairs.

According to Naija News, seven people were killed in various locations across the state.

According to Aruwan, the bandits murdered their victims in the state's Chikun, Kajuru, and Giwa Local Government Areas, and security agencies confirmed the incidents to the state government on Saturday.

Tanker Crushes 10 To Death, Injury Others 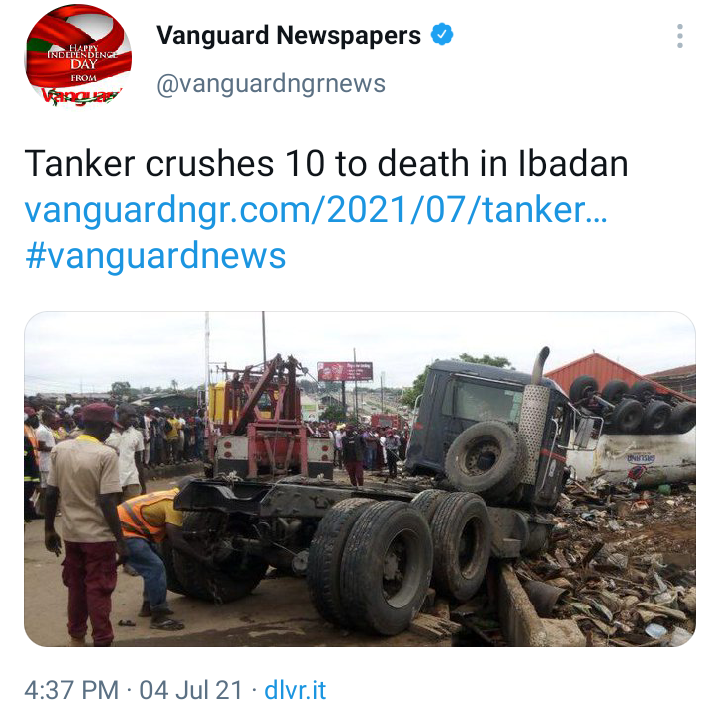 Residents in Ibadan's Idi Arere Area were thrown into disarray after a tanker driver lost control of the vehicle and crushed about ten people to death at Bode Market, while several others who escaped suffered various degrees of injuries.

According to Vanguard, the driver lost control of the vehicle due to brake failure, and it slammed into several nearby businesses, killing ten people.

Firefighters have arrived at the scene to prevent the overturned tanker from exploding as of the time of filing this report. 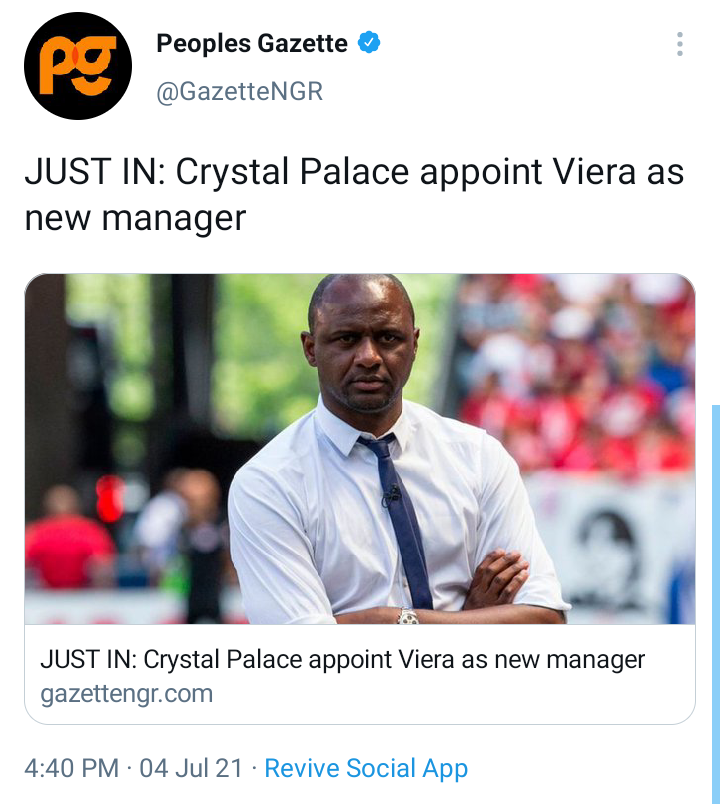 Viera's appointment was announced on the Club's website on Sunday.

Viera, 45, will succeed Crystal Palace's former coach Roy Hodgson, who announced his departure from the club on May 18.

Content created and supplied by: 9janewsonline (via Opera News )