An eighteen years old young boy who is identified as Omisakin Samson confessed on his bad internet activities in Akure, the state capital of ondo, he said that he felt guilty anytime he spends the money he did not work for.

According to the police detectives, Samson is specialized in stealing money from People's bank accounts with the use of stolen sim cards.

He was arrested by police detectives after he stole a Sim card and made a transaction of 44,000 naira from the victim's bank account. 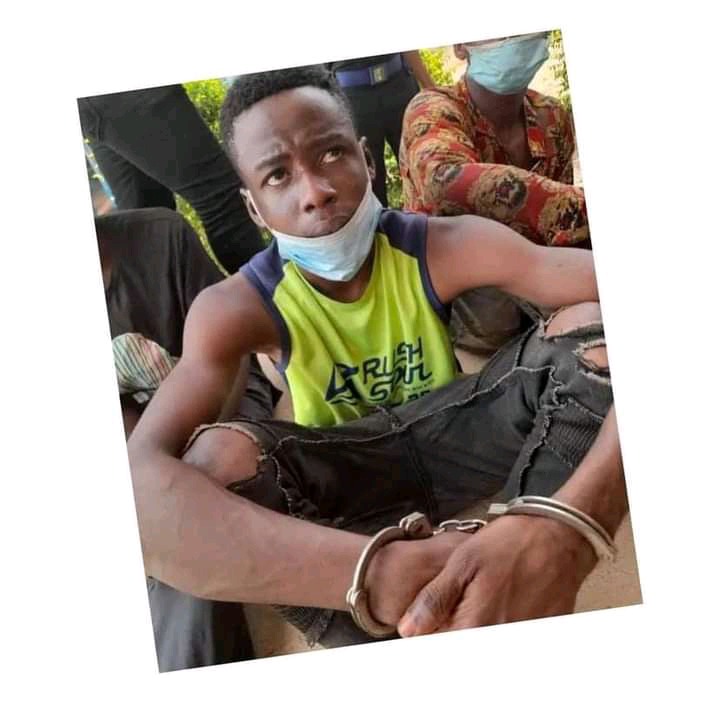 He was arrested alongside other 14 criminals, and When he was being questioned in the ondo state police command by the police, he said that he collected about 18 SIM cards from some armed robbers but he could only withdraw money from some of the Sim cards, not all of them.

He disclosed the names of the armed robbers, Isaac Monday and Wande.

The young Omisakin Samson said that he attended ibadan polytechnic but he could not complete his education due to lack of money.

According to him, he took Yahoo as a business to survive, his mother has a stroke and his father is not capable enough to take care of him, he mentioned that he studied computer engineering where he studied hacking and he uses an application to run his victims SIM cards and used the Sim cards to carry out transactions through Point Of Sales (POS).

Among all the 18 SIM cards he collected from the armed robbers, some were not useful to him while some were useful, and the transaction that got him arrested was about the 44,000 naira, he withdrew the cash online and it was traced back to them, then they were arrested.

Samson added that he will apologize to his victims and tell them that he will never do it again, as he said he feels guilty when spending their money.

Should he be forgiven or sentenced According to his crimes?