By OhAfriculture (self media writer) | 5 months ago

In our society, aggressive parenting should be discouraged. This is the primary reason Saviour Aniefok, an artisan, has been on the run since reportedly torturing his own seven-year-old boy, Nathaniel, to death in his home in the Shangisha community of Magodo Phase 2, in Amen Compound, Lagos State. 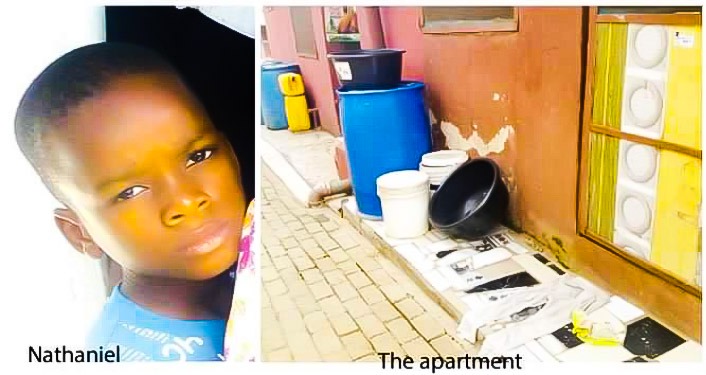 According to accounts, the father of the deceased child, who was hired to repair a defective microwave, accused his son of stealing a piece of fish that belonged to a client and was supposed to be used to test the working condition of the customer's repaired microwave. 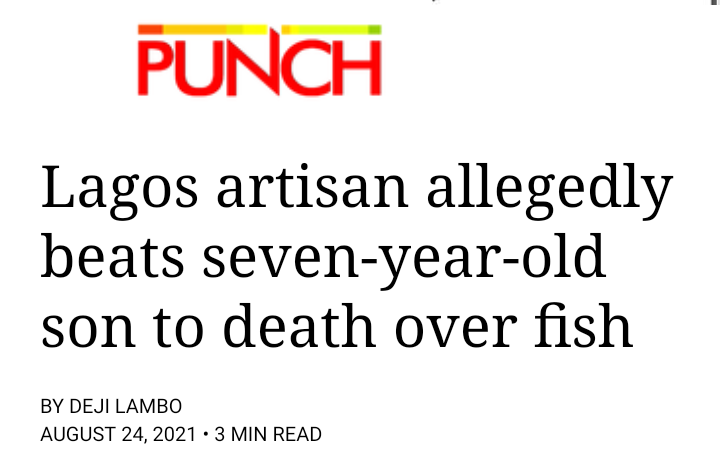 However, neighbors who lived in the same area where the tragic event occurred said that they heard the late son screaming while he was tormented by his father. On the night Nathaniel was beaten by his father, neighbors testified they heard a loud bang also on the house's floor.

They went on to say that they first assumed Nathaniel's stepmother was at home while they heard Nathaniel's cry the night before he died, only to find out that the step-mother was not at home, but traveled.

Meanwhile, the father's wicked act, which resulted in the death of his son, prompted some good Samaritans who heard the story to file an official report to the Lagos State Ministry of Youth and Social Development's Child Protection Unit, which in turn notified the Isheri Police Division to investigate the case.

When contacted, the late son's accused father said that he didn't run away, but only went home to the East to see his sick mother, but that the sit-at-home order required him to stay in the East. According to Saviour, the accusation that he tortured his son to death is false. He claimed that he merely wanted to know if his children had touched his customer's fish, which both of them denied.

When the accused father of the late son was contacted, he allegedly said that he didn't run away, but only traveled home to the East to check on his sick mother, but the sit-at-home order mandated him to stay back in the East. According to Saviour, who denied the allegation of torturing his son to death said to have only asked from his children who touched his customer's fish which both of them denied. While approaching his room, the late Nathaniel felt he wanted to bring out a cane, therefore as he was planning to run, he stumbled and smacked his skull into the room's floor.

He began behaving strangely after falling and striking his head on the floor, prompting him to rush the child to the hospital in Ketu, only to be referred to another hospital where Nathaniel died.