Motorists and passengers in the evening of Thursday, April 22, escaped death when the driver of a fuel tanker lost control, left its lane and pushed three vehicles off the road at the other lane on the Lagos-Ibadan Expressway.

The incident happened around 6:20 p.m. at Kara inward Ibafo end of the expressway when the driver of the fuel tanker, heading towards Lagos, suddenly lost control apparently as a result of brake failure.

Following the loss of the brake, the tanker left its lane and faced the vehicles from Kara heading towards Ibafo and in the process, pushed the three vehicles off the road.

It first pushed off a Toyota car and later a Sports Utility Vehicle (SUV) before pushing off a fully-loaded Lagos commercial bus which was said to be going to Ibafo and Mowe. 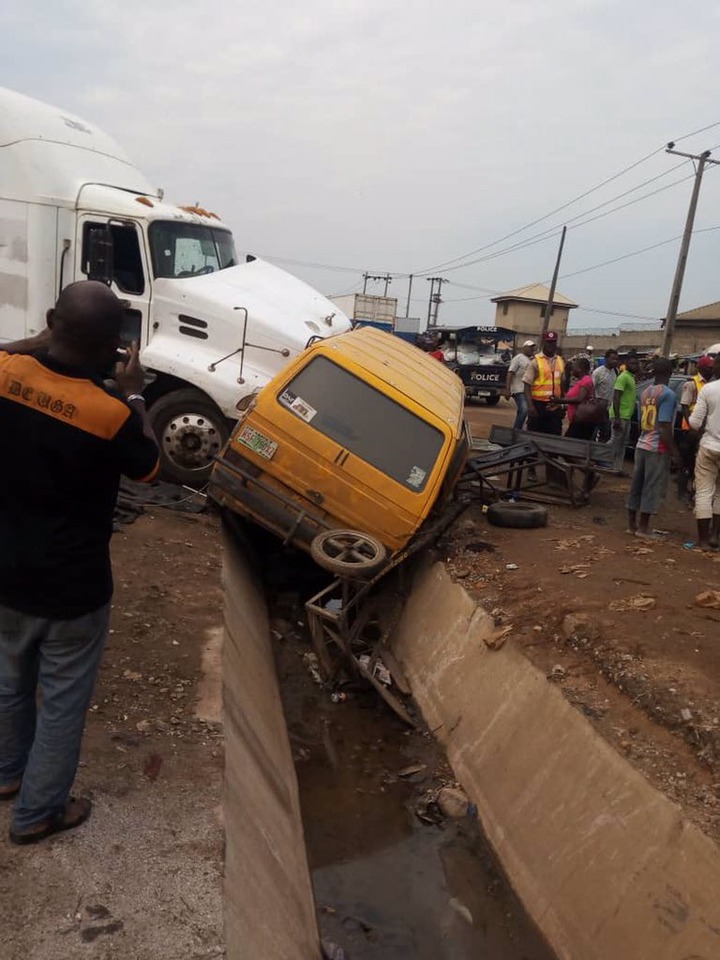 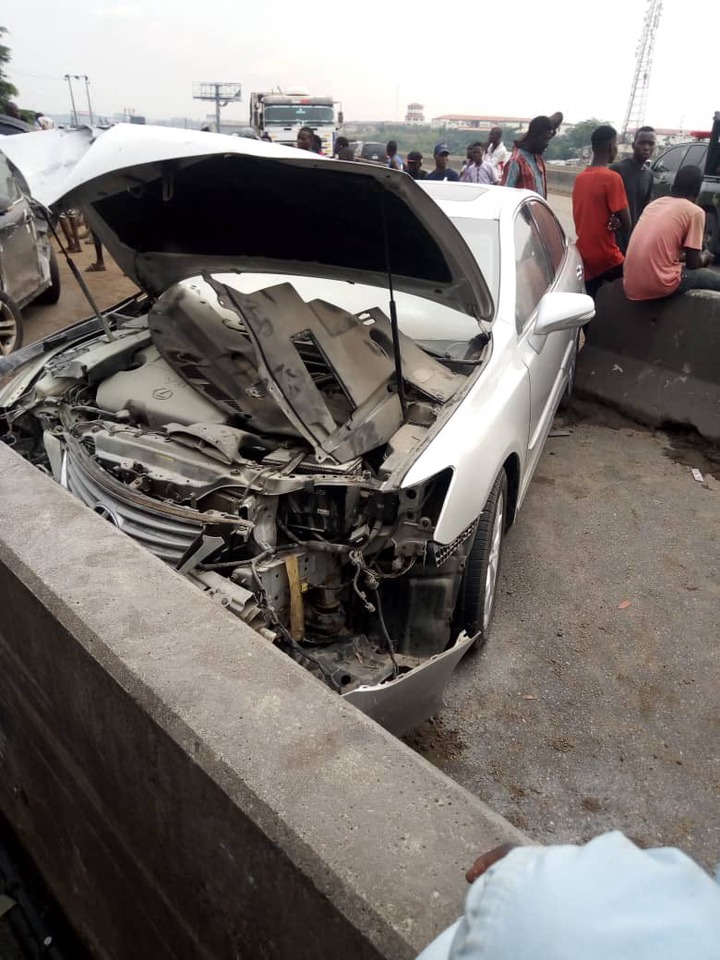 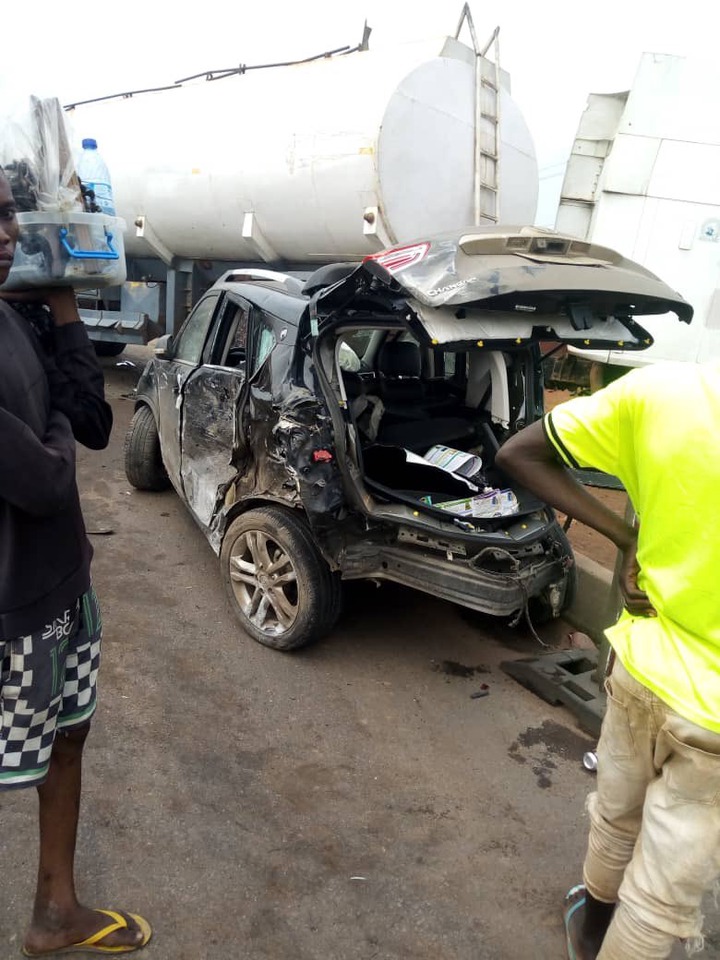 The impact of the accident made the Toyota car to crash into a barrier, with its bonnet and other front parts damaged in the process while the SUV had its passenger side and the booth damaged after it was pushed into another barrier on the road.

After hitting the two vehicles, the tanker eventually hit the commercial bus and dragged it into a drainage that was just constructed along the road.

The incident caused a massive traffic gridlock on the ever-busy expressway as many people living along the road gathered to witness the sad incident.

Following the accident, officials from the traffic unit of the Redeemed Christian Church of God (RCCG), Traffic Compliance and Enforcement Corps (TRACE), Mowe/Ibafo unit in Ogun State as well as policemen were on the scene to render emergency services and control traffic.

It was gathered that the motorists in the two vehicles and some passengers in the commercial bus sustained various degrees of injuries and they were given First Aid treatment before some of them whose injuries were more severe were taken to hospital by TRACE officials.

The incident was reported by the traffic team of the RCCG on its Twitter handle @Rccgts which added that as of the time of this report, the process of removing the afftected vehicles was ongoing while the traffic situation is at a standstill.

According to the traffic team: "A multiple crash involving a fuel tanker and three vehicles including a commercial bus has taken place at Kara inward Ibafo. Passengers and motorists sustained injuries and some heve been taken to hospital.

"The accident is affecting the flow of traffic on the outward Lagos section of the expressway. Traffic on standstill at the moment. Effort is ongoing to remove the vehicles from the road."