11 Persons Arrested for Banditry and Cattle Rustling in Sokoto State.

By CynthiaWirtes (self media writer) | 3 months ago 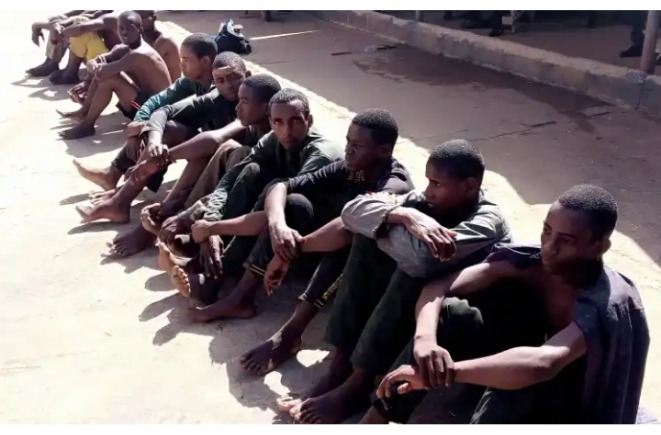 The fight against banditry has become a nightmare for the security forces and people. The bandits have continued to make lives unbearable for people with their mindless attacks. They have displaced many people from their ancestral homes and grabbed their lands from them.

According to a report on Naija News, 11 persons have been arrested by operatives of the Nigeria Security and Civil Defence Corps (NSDC) for alleged involvement in Banditry and cattle rustling in Sokoto State. The NSDC Sokoto State Commandant, Muhammad Dada who confirmed the arrest revealed that the suspects confessed to the crimes against them. Dada stated that the suspects were arrested in conjunction with the vigilante group in Wurno Local Government Area of Sokoto.