Ebonyi State Governor, David Umahi, on Saturday admonished leaders and youths of the South-East region against abusing the President, Governors and other leaders of the country. 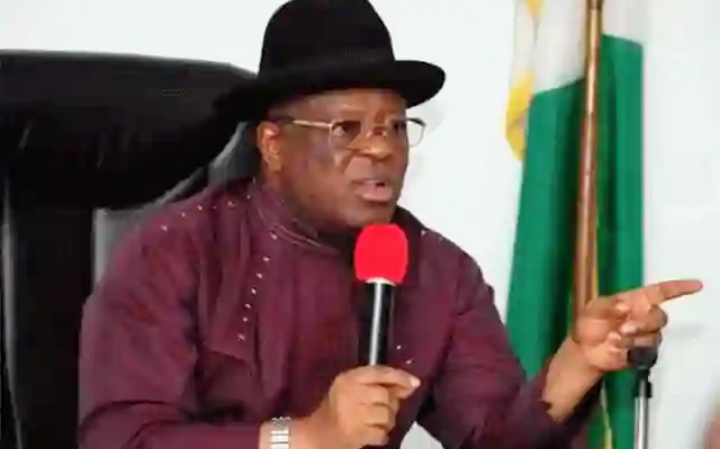 He noted that their demands can not be achieved through abuse.

The Governor stated this at the grand finale of the State’s 7 days prayer and fasting at the Christian Ecumenical Centre, Abakaliki.

While condemning the killing of policemen and burning of police stations in the South-East, he called on those formenting crisis in the region to desist from such acts, noting that what is needed at this point in the nation’s history was peaceful coexistence.

He expressed his administration's resolve to support repented bandits, adding that 3000 Ebonyi youths will be empowered by May/June.

While noting that there was merit in the agitations in the region, he asserted that he believes in one Nigeria and do not think any section was better than another.

The Governor stated further that the killing of security agents and the burning of police stations were being perpetrated by people of the region, noting that they were at war with themselves as most of the security personnel killed were also from the South-East.

He asserted, "We are the architecture of our problems" and insisted that "This nonsense must stop."

Umahi also decried the influx of foreign herdsmen into the country and alleged that Northern leaders were defending bandits but nobody was calling them to order.

He therefore called on people of the South-East to love each other as nobody will show them love more than they would love themselves.

The Governor expressed his desire to engage opposition parties, Non Governmental Organizations (NGOs) and other Unions as well as farmers and traders in a town hall meeting to address the challenges facing the state.