Three men who committed a N37 million fraud in a fake cashew nut deal were on Thursday, March 18, brought before a court in Kogi State charged with fraud and misappropriaton of funds.

The three men, whose names were given as Tijani Meliga, Rilwanu Muhammad and Alhaji Yusuf Suleman, were brought before Justice J.J. Majebi of the Federal High Court, Lokoja, Kogi State, by the Economic and Financial Crimes Commission (EFCC) on a three-count charge bordering on fraud and misappropriation of funds to the tune of N37 million. 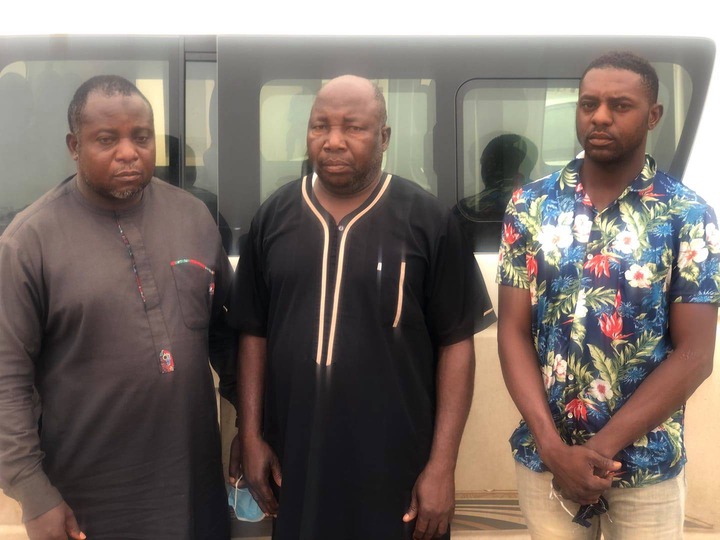 According to the anti graft agency in a statement on its Facebook wall on Thursday evening, the three men defrauded a man, Aminu Abdullahi, of the said amount after promising to supply him some tonnes of cashew nuts which was later found to be false.

It was gathered that following non-supply of the said product and the inability to get his money back, the man, who is the owner of a company, Amazon Global Links Limited, petitioned the EFCC which later arrested the three men.

According to the statement: "The Economic and Financial Crimes Commission (EFCC) on Thursday, March 18, 2021 arraigned the trio of Tijani Meliga, Rilwanu Muhammad and Alhaji Yusuf Suleman before Justice J.J. Majebi of the Federal High Court Lokoja, Kogi State, on a three-count charge of fraud and misappropriation of funds to the tune of N37 million.

"One of the charges against them reads: That you, Tijani Meliga, Rilwanu Muhammad and Alhaji Yusuf Suleman, within the jurisdiction of this court, while being entrusted with the sum of N37 million by Aminu Abdullahi of Amazon Global Links Limited for the supply of cashew nuts, did dishonestly misappropriate the money.

"You thereby committed an offence contrary to Section 311 of the Penal Code Law, Cap 89 Laws of Northern Nigeria and punishable under Section 312 of the same Act.

"The men pleaded not guilty to the charges when they were read and translated to them and in view of their plea, prosecuting counsel, Bamidele Akomode, asked the court for a date for trial and that the defendants be remanded with the Nigerian Correctional Service.

"However, defence counsel, I.O Yunusa, urged the court to admit the defendants to bail.

"Justice Majebi adjourned the case till April 23, 2021 for hearing of bail application and ordered that the three men be remanded in Kabba Correctional Centre."