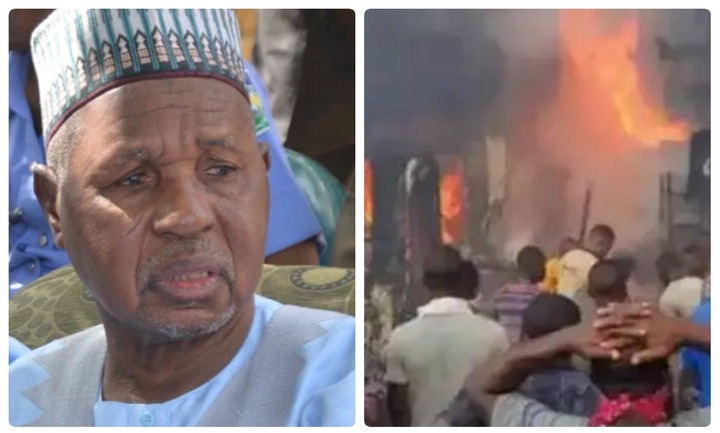 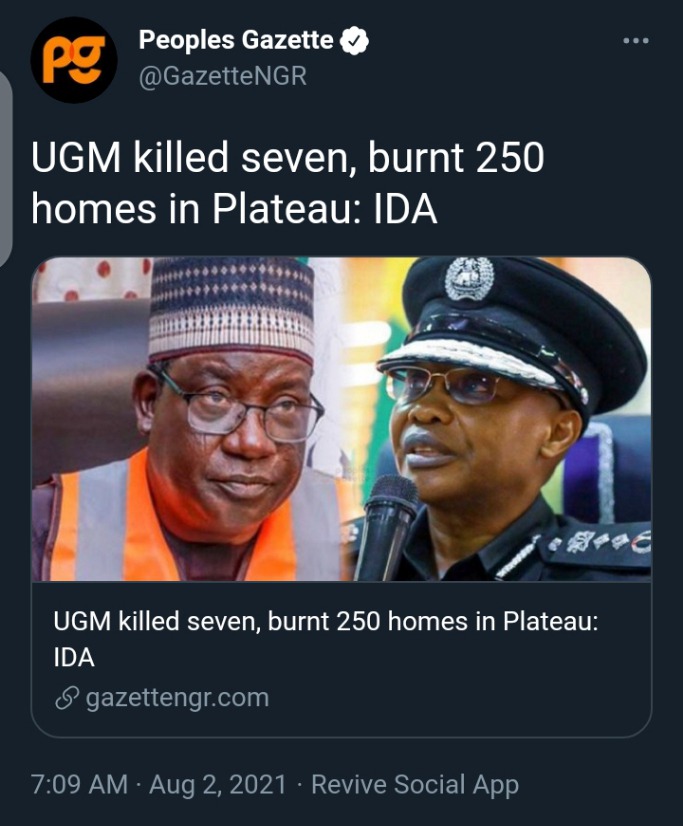 The IDA’s statement signed by its spokesman Davidson Malison stated that the attackers also injured many others and destroyed more than 40 farmlands.

He explained that the killing and destruction occurred on Saturday night, adding that the injured are receiving treatment.

The Governor of Katsina State, Aminu Masari, on Sunday said the current security situation in the state had improved when compared to what was obtainable in previous years. 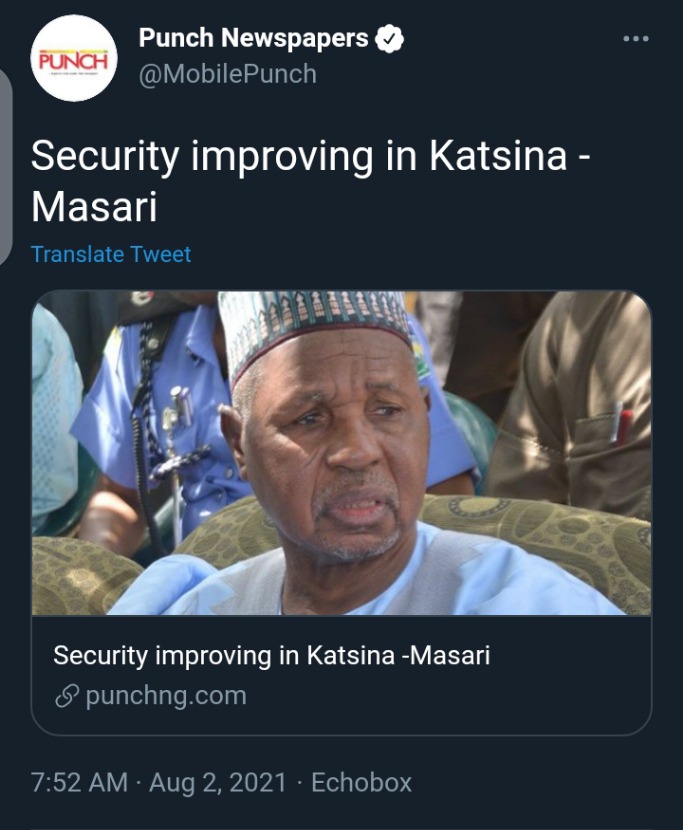 He thanked God for addressing the security challenges as he maintained that attacks by bandits had reduced in the state.

The governor stated these in Katsina while speaking during the 2021 Thanksgiving Day in the state.

Masari described the day as significant for the people of the state in view of the growth and progress being witnessed in the state.

Ten persons have sustained varying degrees of injuries as two vehicles were involved in a multiple road traffic crash along the Ikirun-Osogbo road on Sunday, according to information obtained from the Federal Roads Safety Commission (FRSC), Osun Sector Command. 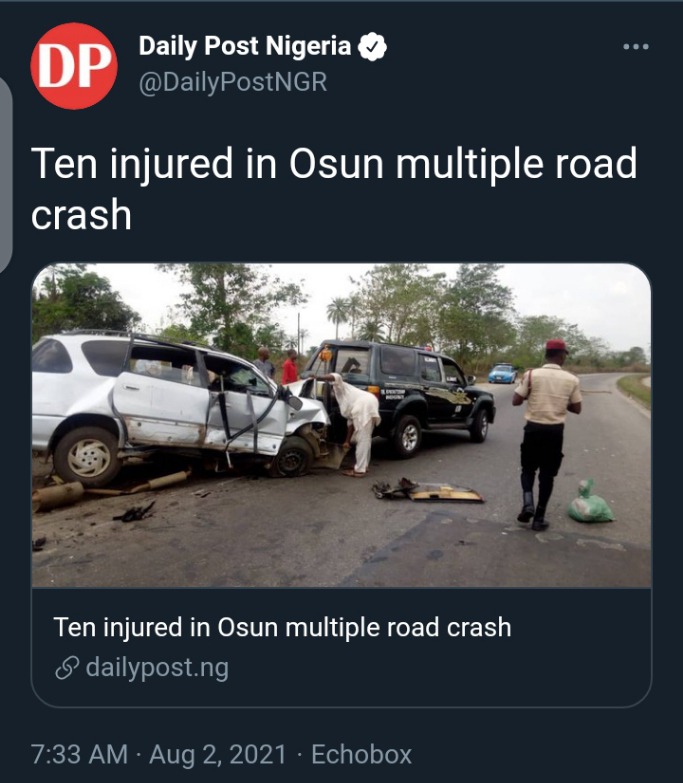 The accident which occured at Ayepe Area of the road involved an ash coloured Toyota Highlander, with registration number APP09DB and a green coloured Toyota Previa with number FST212DK.

When contacted, the spokesperson of the FRSC Sector Command in Osun, Agnes Ogungbemi disclosed that the drivers may have been driving dangerously along the route which may have contributed to the accident.

She stated that no death was recorded and that the ten injured persons were the occupants of the two vehicles involved in the crash and all of them sustained injuries.

Focus On Building Next Athletes Has Started- Minister

The minister of youth and sports development, Sunday Dare, said the focus of building the next generation of talented Nigerian athletes that will showcase the country’s name at the global arena has begun. 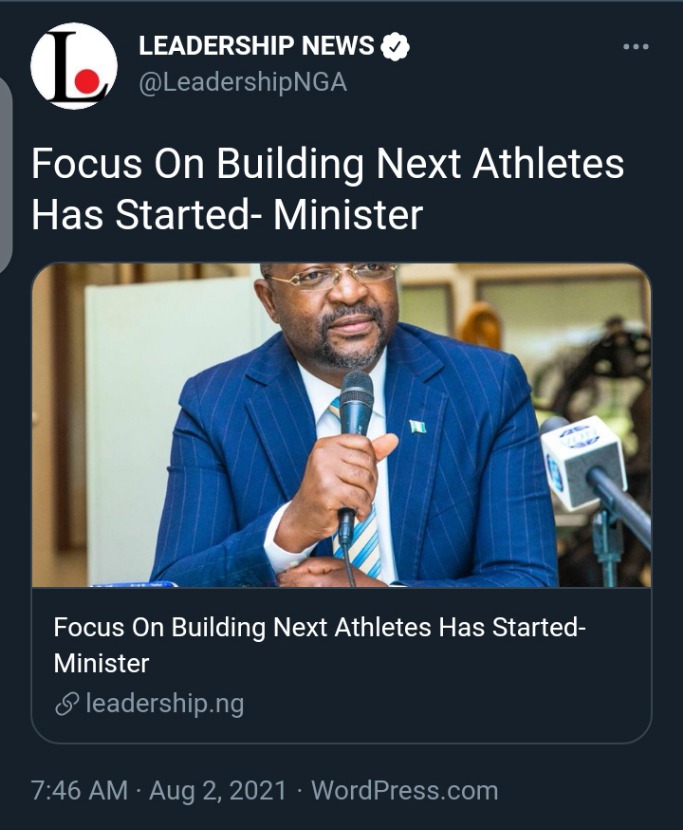 Dare said that out of 60 Team Nigeria’s athletes at the ongoing Tokyo 2020 Olympics in Japan, 39 are debutants but diamonds in the rough, urging for a private sector driven ‘Athletes Development Programme and Funding’ for consistently training and development of the athletes.

“Nigeria, perhaps, has one of the youngest crop of athletes at the Olympics. Out of Team Nigeria athletes, 39 of them have never been to the Olympics. They are debutants, but diamonds in the rough. About 20 are under 30, young. The building of the next generation of talented Nigerian athletes has just started. The focus should be on their effort and commitment and not just on medals,” Dare said.