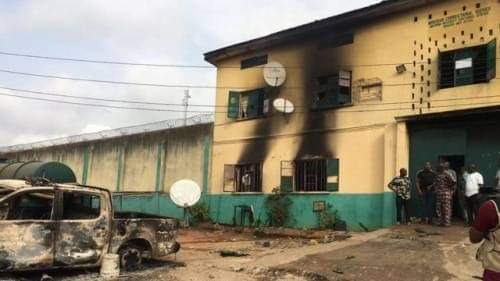 It was reported that the unknown gun men had used explosives to gain access into the jail. They were reported to have thrown explosives at the administrative building, thus gaining access and also reportedly freeing over a thousand inmates.

Members of the general public who had any information that could help with investigations, have been asked to come forth with such information to help the police bring to book the perpetuators.

The president of the federal republic of Nigeria has also reacted to the news of the jail break, as well as the attack on federal properties in the state.

Douglas arrested while he was trying to leave the country, see drugs found on him