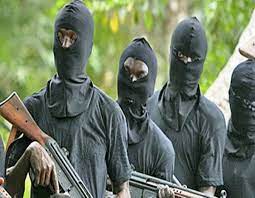 According to reports, armed men stormed the community in huge numbers and attacked villagers who were praying early in the morning.

Ahmed Ibrahim-Matane, the Secretary to the Niger State Government, confirmed the attack to The Nation. According to him, the shooters killed 16 people in the mosque and one person in Kaboji village.

The State Government, according to Mr Matane, has dispatched a team of military soldiers to the forest to search for bandits hiding there.

Alhassan Isa Maza-Kuka, the Chairman of the Mashegu Local Government Council, acknowledged the occurrence, describing it as very devastating to the people.

He claimed that the attack was inappropriate, particularly when the victims were in the mosque for prayers. One of the injured patients, according to Mr Alhassan, is in a critical condition and has been taken to the Minna General Hospital for treatment.