SANUSI: Who Will Save These Boys From Drugs Abuse? (Fiction)

By Lordmartinz (self meida writer) | 1 months 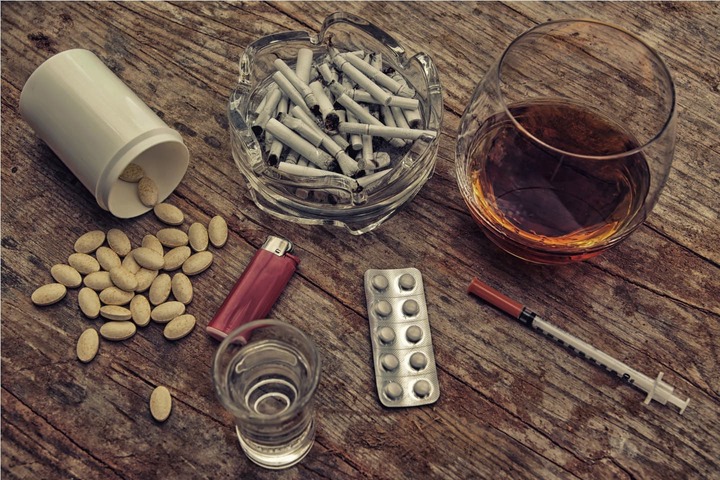 It was a clear Thursday afternoon, I was sitting at a hotel in wuse 2 Abuja waiting for Sanusi whom we had communicated with the night before, he had agreed and scheduled the meeting place and promised to drive up to Abuja from funtua.

My business with this guy was essentially a property belonging to a friend who had relocated to Finland for studies and life, and has decided to sell the 3 bedroom flat in a block in Garki area 10 where he once lived with his now deceased mother. Since I was not a property agent, I decided to talk to someone in the business, one thing led to the other then I got introduced to Sanusi who's Uncle I learnt buys nice properties in prime locations.

Sanusi was his most trusted boy that cross check and prompts the uncle to pay for any of the properties of interest.

So as I waited, I noticed a number of young girls of different sizes and shapes coming into the lobby, chatting away and heading in different directions as they disappeared into the bowels of this Spartan hotel in the heart of town. They came in twos, some came in fours and some came alone with a few male escorts kind of. All spoke and joked in hausa. From the lobby I could see the drive way as they drove in in expensive cars; BMWs, Benz, range Rovers and all sorts of exotic automobiles. Beautiful slim girls donning flowing gowns and nicely printed African wrappers were just converging...so were the young men also coming in. I was getting curious but decided to be calm and patient to wait for my guy Sanusi to arrive first. He later came, with another young man whom he introduced as Hamza who I eventually got to know was his step brother. Well, we got talking business after all the appologies and soon became friendly as though we have known each other for ages. He told me to come with him and ushered me to the hallway where apparently he had a room reserved for him or so, I and his brother tagged along, then halfway into the passage he turned and jerked a door open. Ha! Behold, one of the pretty girls that had earlier walked passed me at the hotel reception was standing in the room Stark naked! Her beautiful flowing gowns was off. She had nothing on but a band of beads ringed around her waist! Every one of us looked in shock. Sanusi yelled at her to behave herself but she was obviously so dazed with codeine, the bottle of which was kept on the table near the dressing mirror! She was practically high and out... without saying a word she swayed into the bathroom as we sat down in the room. We rounded up our business conversation with Sanusi and agreed on when he could call his other team to inspect the said property, then I made to leave but my guy told me to wait, he went into the bathroom where his girl was and stayed a little while. When he came out he was red eyed and suddenly looked dim! Ha! I exclaimed in my mind. he looked into my eyes and said 'Martin Yaya'? I responded with an indifferent 'ok aboki na' (my friend). As in I was fine, he staggered and crashed on the bed and with a slight slur instructed his brother to go to the car and pick up some snacks they had bought on their way, as his brother left the room his female acquintance called him to bring in her clothes to the bathroom. All the while I was so uncomfortable but I wanted to stay and see the drama and confirm what I have always heard about the hausa elite children.

The fully drugged beautiful woman who I later learnt her name was Habiba was his cousin came back into the room more dazed than we had earlier met her and just collapsed on the bed murmuring something I could not hear. About the same time Hamza returned from the errand with a nylon filled with sharwarmas and a wrap that contained six small bottles of cough syrup! I was alarmed and Sanusi noticed as my eyes flew open on the sight of the drugs. He asked again if I was ok I answered to the affirmative. This guys use this drugs that it no longer means anything to them flaunting it! I then told him I needed to leave right away to allow them some privacy, he said ok, and stood up, lurched and made for his car keys. I swore quietly in my mind not to allow him drive with me in such a mood, I waved bye to Hamza and Habiba who was now in zombie mode as he walked me to the reception and onto the parking lot.

At the parking lot I spotted more than half a dozen very expensive cars; Ferrari, rovers, Chevrolets name it. Young active men were there chatting and smoking and all of them were familiar to Sanusi so he excused me to go meet them for a moment, he went round shook hands with almost all of them standing by or sitting in there cars. They all looked apprehensive with slanted eyes and are obviously from very wealthy homes. They came to do one thing. Consume drugs, get very high and chill on a Thursday afternoon for that matter. Very unfortunate to say that tramadol, codeine, refnol and various other tranquilizers and sedatives are leading many hausa boys and girls to ruination in this country called Nigeria and it is amazing how authorities are treating this very lightly. As a matter of fact these drugs are now consumed in many northern matrimonial bedrooms by spouses and even lactating mothers in big cities and wealthy homes. I had sworn that Sanusi will not drive with me, but he suddenly motioned me to the car that he will like to see the property immediately, Wow! Without argument I said a silent prayer and jumped into his 1998 jaguar a car I later got to know was bequeathed to him by his late dad who was an ambassador at one time.

On our way to Garki area 10, I observed that he was a very careful driver, and obeyed traffic lights and signs so I started a personal conversation with him. I said, these Igbo boys selling all the codeine and refnol to you guys don't you think they are destroying the north and turning our children and brothers into addicts? He turned looked at me and smiled. He responded 'igbos'? 'it is the Chinese that are bringing this things now o'! 'they the Chinese know our borders and they also have waivers to import various stuff to Nigeria, they are the main source of most of these drugs you see this hawkers selling'. I looked puzzled as he did not know I was a writer and journalist whom he just gave important information to. He probably thought I was one of those cool looking property agents roaming Abuja streets looking for a break.

So I probed further, Sanusi told me how his father was a former ambassador and his mother a trained nurse from a prominent Royal family in kebbi state raised him. And with his network of cousins and friends he knows the extent of drug use among his peers. He lamented that as long as the Chinese have a free hand in Nigeria, illicit substances and firearms will continue to be a problem. He reminded me about how Islam frowns on alcohol use but it is silent on tobacco and drug use, which makes it convenient for northern youths to make drug abuse their forté! He claimed he only gets high in company of his close friends and that if he feels he needs a break he travels overseas to relax and stay off. This is because he is wealthy, what about those that don't travel overseas for a break? Sanusi confessed to me how drugs have caused divorces, deaths and mysterious loss of Fortune by people he knows but admitted that the availability of the substance is what is making the northern youth participate often. As he metaphorically said, ' if there is acute fuel scarcity every one Parks his car at home' so he feels for drugs too authorities should just make it unavailable.

Over the past two years, 15% of the adult population in Nigeria reported considerable level of psychoactive drug substance abuse according to a survey by the national bureau of statistics. The survey also indicate prevalence among people aged 25-39 years of age especially the use of sedatives, heroine, cocaine and non medical use of prescription opioids. The survey estimates over 11million users of Indian hemp, 4.6million users of opioids and almost 3million of codeine based cough syrups, tranquilizers and sedatives. A Burst 2 years back at Tin Can Island Port, Apapa, Lagos resulted in the seizure of half a billion tablets of tramadol, a tranquilizer commonly abused in the northern part of the country.

Asides imports, Nigeria also faces the domestic problem of corruption at major local pharmaceutical companies that supply codeine based cough syrups to drug users. Regrettably, only a few government owned hospitals are adequately staffed and equipped for treating drug addicts, while the private clinics are far too expensive for many. Around 40% of the two thirds of high risk drug users who reported a need for treatment were unable to access appropriate healthcare services. This is according to a survey by quartz Africa.

The Nigerian population is estimated to be around 200 million and is growing at a rate of 3.2% per annum into Large rural and small urban components, which provides the basis of prevalence of substance abuse among adolescents; a major public health issue. The greatest risk factors of peer pressure and family relationship in the convergence of drug users as noticed in the case of Sanusi at the hotel earlier discussed are also fundamental.

The effects of drug abuse to the brain is worrisome as the brain is wired to make one want to repeat experiences that makes him feel good. That is why drug addicts typically want to have more. However, truth is, prolonged drug use can hurt one's judgment, cause poor decision making as we see in our country's governance today and hamper memory and ability to learn and perceive.

Content created and supplied by: Lordmartinz (via Opera News )