By Specialman21 (self media writer) | 3 months ago 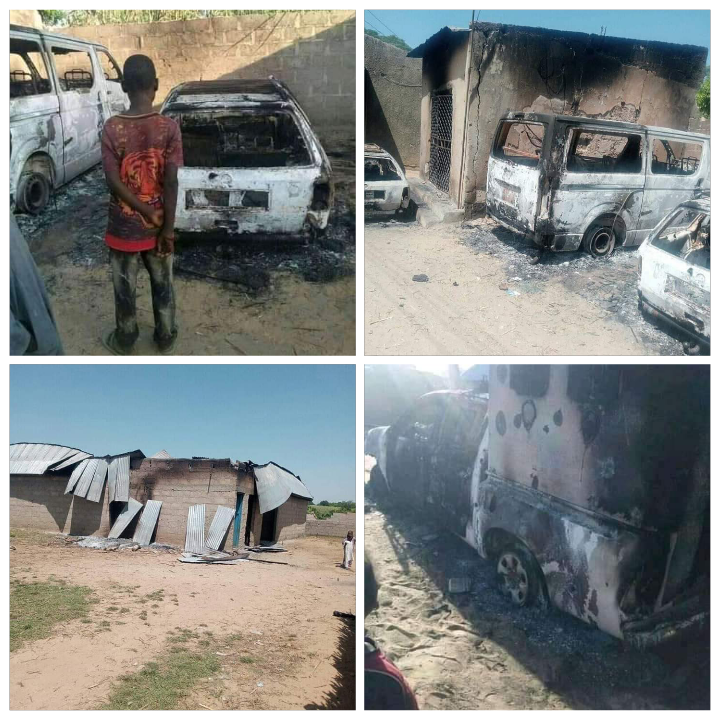 Photos of the attack on the community

The Community affected is Sakajiki in the Kaura Namoda Local Government Area of the state. The gunmen according to sources stormed the area with dangerous weapons in the early hours of Friday and unleashed mayhem on the people. Police authorities in Zamfara confirmed the incident. The attack is coming when the military operation against bandits in their enclaves is still ongoing in Zamfara state.

However, even though bandits activities are weakened daily by the military offensive on their enclaves and hideouts in Zamfara State and its environs, their retinues are attacking soft targets such as markets, houses, and looting shops to stock up their provisions. Recall that the government of Zamfara State has shut down telecommunications and major markets in the State to cut off bandits supplies and communication with collaborators and sponsors. This action taken by the government has been effective in the fight against terrorism caused by bandits in the State.

Content created and supplied by: Specialman21 (via Opera News )