Female Kidnapper Caught In Ibadan. See How She Hypnotizes Children For Ritual.

By Sammy's(GetToKnow) (self meida writer) | 23 days

The rate at which Ritualism is increasing this days, is becoming so alarming, Many wants to make money the easy way, or could it be the economy of the Nation, no matter what, indulging in Ritual is a wrongful act, no matter the way you see it killing or causing harm to your fellow human is wrong. Anyone caught should face the law.

A suspected female kidnapper who was apprehended and beaten to pulp after she was caught while allegedly trying to abduct three children in Oyo state.

The suspect identified as Tawa, met the children on the street at Mokola area of Ibadan, the state capital, when she attempted to kidnap them. 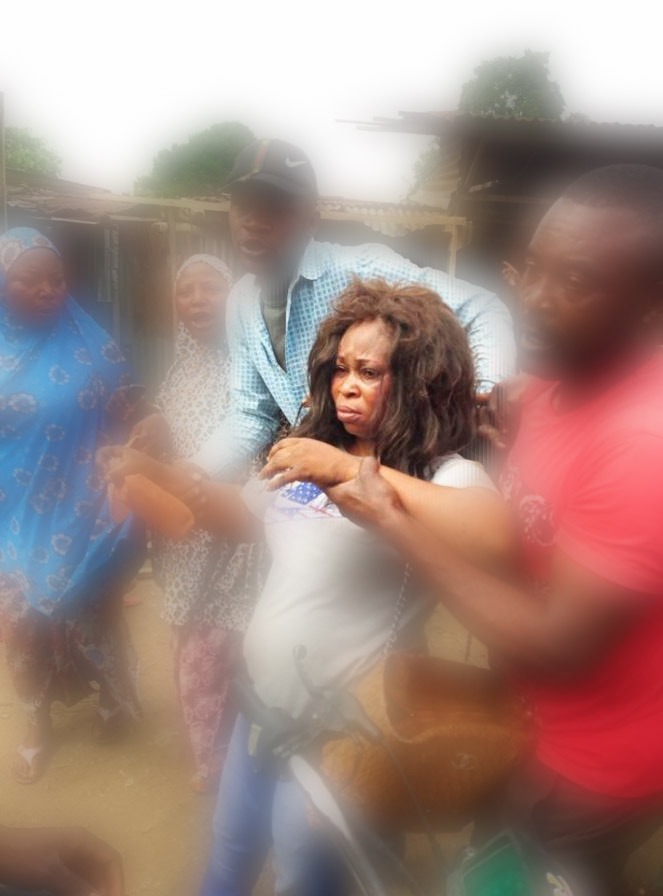 According to an eyewitness, who saw the lady lurking around, suspected she has bad intentions and decided to sneak up on her and watch her every move, the woman went round the neighborhood, then decided to stop at a football field where those children where playing ball and called three children with the excuse that she wants to buy them a ball that she loves children who plays ball, she said Maybe one day they would all be great footballers that was the excuse for her bad intentions, but she said she needed only just three children to excort her to a near by shop she claimed, the team of children not knowing what was going on selected three of their friends to follow her.

The children followed the suspect, she took them down to an isolated area then touched the children with a charm and they lost control. She was about taking them out of the vicinity after the hypnosis, not knowing she was being followed by the eye witness who is also a petty trader by the roadside saw her and what transpired. 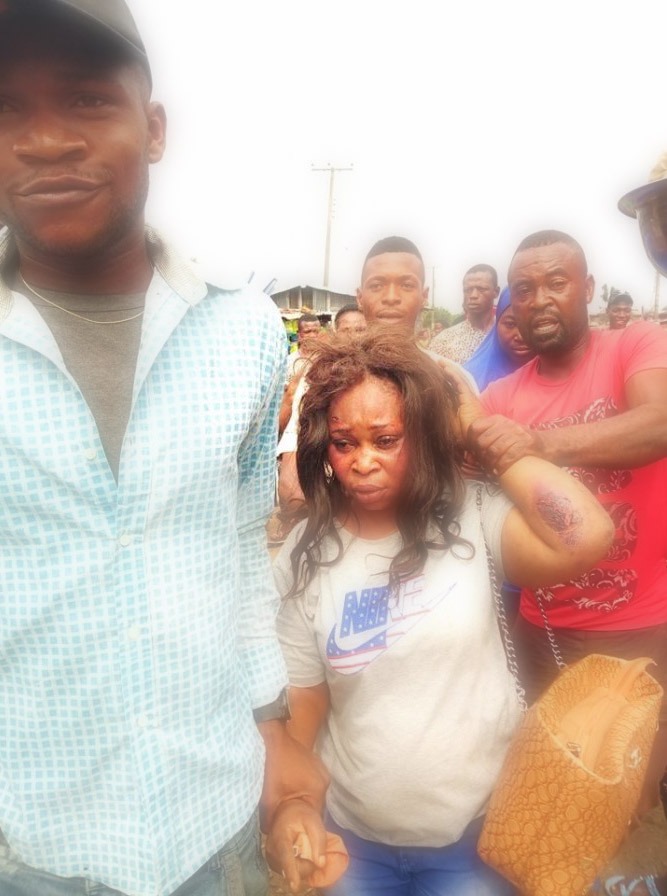 The trader approached her and asked her what she was doing with the children, but she couldn’t give an answer. An alarm was immediately raised as neighbours and residents including the children’s parents trooped out and descended on the suspected kidnapper. She was stripped unclad and beaten mercilessly before she was handed over to the police.

Content created and supplied by: Sammy's(GetToKnow) (via Opera News )