By FrankUlom (self media writer) | 21 days ago 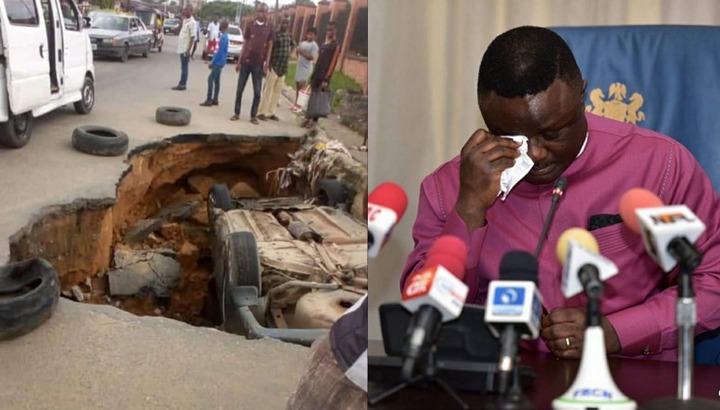 The Governor of Cross River State, Prof Ben Ayade, on Saturday once again came under severe public attack and has swiftly heeded a public outcry calling his attention to a gully that cost the lives of two persons in Calabar on Tuesday.

Calabar is the capital of Cross River State, which is house to the seat of the State Government's power, yet facing one of the worst road damage neglects, the worse three successive unhindered democratic administrations have ever left uncatered for.

Yellow Duke road, one of the state's major road networks to access Calabar South (still within the state capital), has had long-standing road damage eating up into the road.

This poor road state has forced vehicles plying that route to take turns to pass through a remainder tiny strip of the road.

The gully situated beside The Church of Jesus Christ of the Latter Day Saint is among the many gullies, the current administration is said to have gained notoriety for neglecting, in the state once famous for its tourism potentials with flourishing road networks.

On Tuesday a vehicle attempting to pass through the remaining strip of the narrowed part of the road somersaulted into the gully causing the untimely death of two, making the second deadly accident that has occurred in the area within a spade of two weeks.

The piece of repeated bad news on the roads this time drew wider public attention escalating days of renewed outrage and backlashes on social media from people from Cross River both home and abroad. 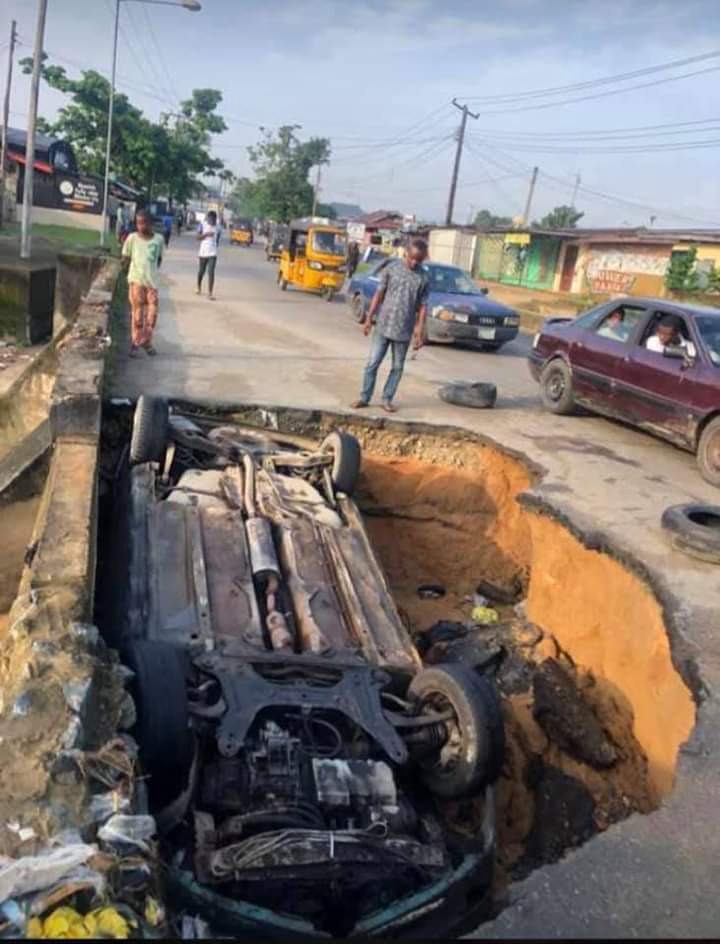 “This can't be popular Mount Zion road in Calabar, the main road access to Calabar South where most of us lived. Please Sen. Prof. Ben Ayade refute this with your whole chest,” queried Obaji Akpet, a Cross River-born journalist whose recent contribution to a story at the BBC questioning the poor handling of pensioners in states across Nigeria had brought him headlong with Cross River authorities.

“We no longer have potholes in Calabar. What we have now are craters and fishponds,” Emeka Kalu an entrepreneur resident and familiar with the location said.

“I just hope we don't wait until our family gets consumed before we own up to the truth with our full chest,” Gift Ofem, another social media critic said.

But the governor, through his Chief Press Secretary, Mr Christian Ita in what appeared to be a swift reaction to save self said actions were now being taken to repair the damaged road to avoid future accidents.

“Thank you for bringing this to our notice. I have contacted the Ministry of Works and palliative measures including the dumping of hardcore will commence between today and tomorrow,” The press secretary said making the first response from authorities since the Tuesday the fatal incident happened.

Mr Ita also urged critics to desist from playing politics with the road issues the state is facing as doing so will amount to causing a “force majeure” event which according to him would be improper.

Content created and supplied by: FrankUlom (via Opera News )