“What Does Obi Cubana Do For A Living?” –Nigerians Ask On Social Media Following Lavish Burial

By ObohJr (self media writer) | 6 months ago

Following a lavish burial ceremony for his mother who died in December 2020, Nigerians have launched series of inquiries to answer the question “What does Obi Cubana do for a living?”.

Obinna Iyiegbu, popularly known as Obi Cubana took over the Nigerian social media space with everyone talking about his mother’s burial ceremony happening at Oba in Anambra State. 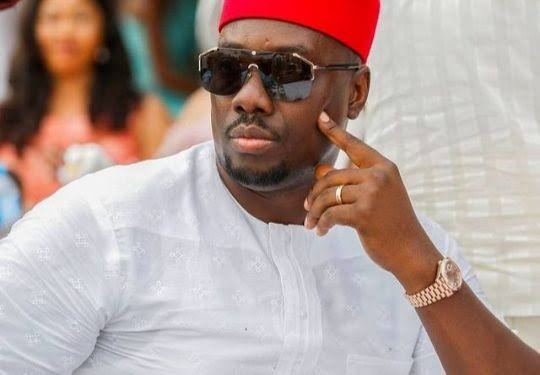 The burial party first attracted attention after about 46 cows was announced ready to be killed, then the appearance of so many celebrities and instagram influencers and of course, the lavish spray of money that characterised the entire event. 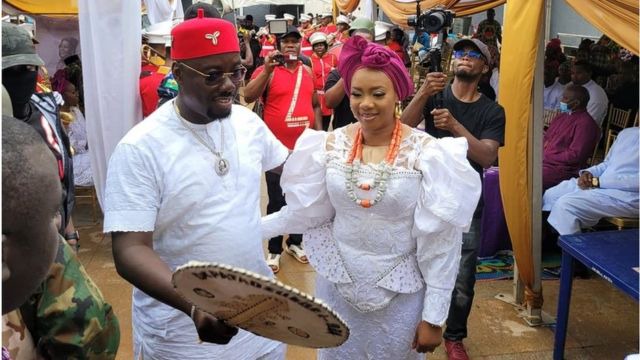 Nigerians who were surprised so see such lavish spending, with huge sums of neatly printed naira notes (mints) packed and sprayed in bundles took to social media to express their shock with some asking to know exactly “What does Obi Cubana do for a living?”.

In a twitter conversation by some Nigerians, a man known as Onye Nkuzi threw out the question with the hope of getting answers from people that are aware of the information.

“What does this “Obi Cubana” fellow do for a living? (Very important question),” he asked. 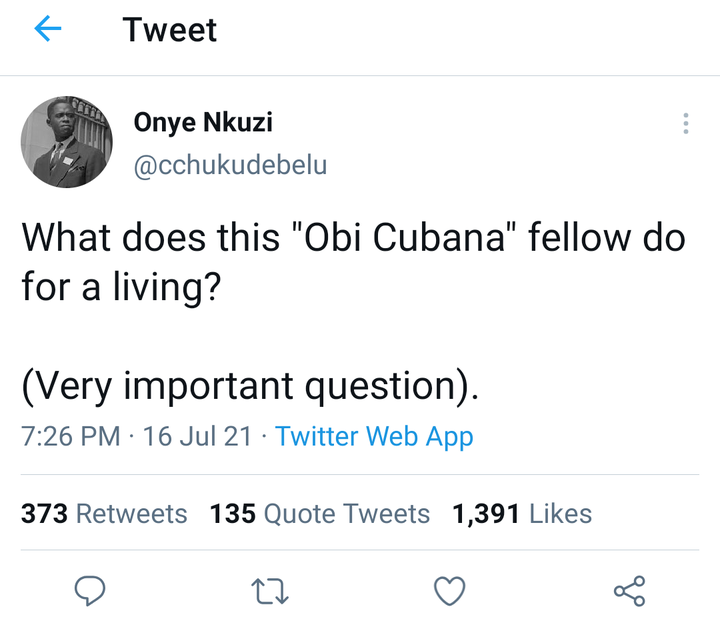 In response to his question, some Nigerians accused him of asking a question that does not concern him while some gave an analysis of what Obi Cubana does that make him have enough money to spend lavishly.

Among the answers that could be verified include the explanation of man known as Obi Arthur who listed a series of establishments in Nigeria owned by Obi Cubana. 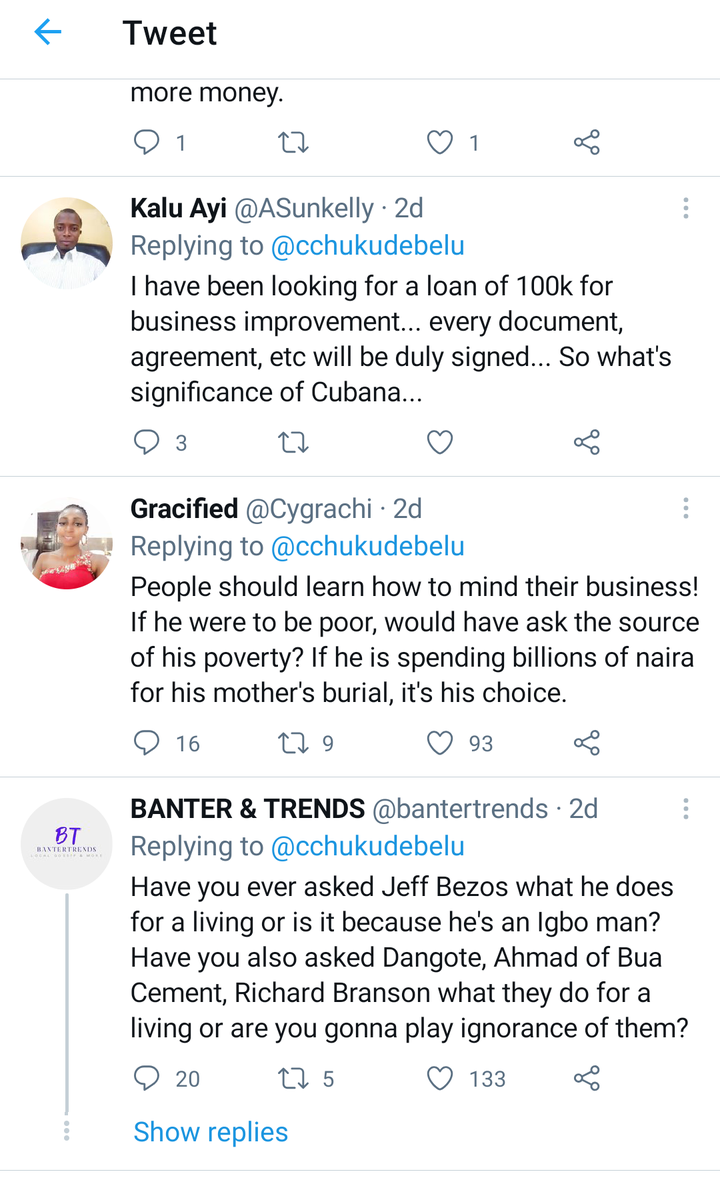 Obi Cubana is no doubt a mogul in the hotel, hospitality and entertainment industry and is accused of having a net worth of $96 million. 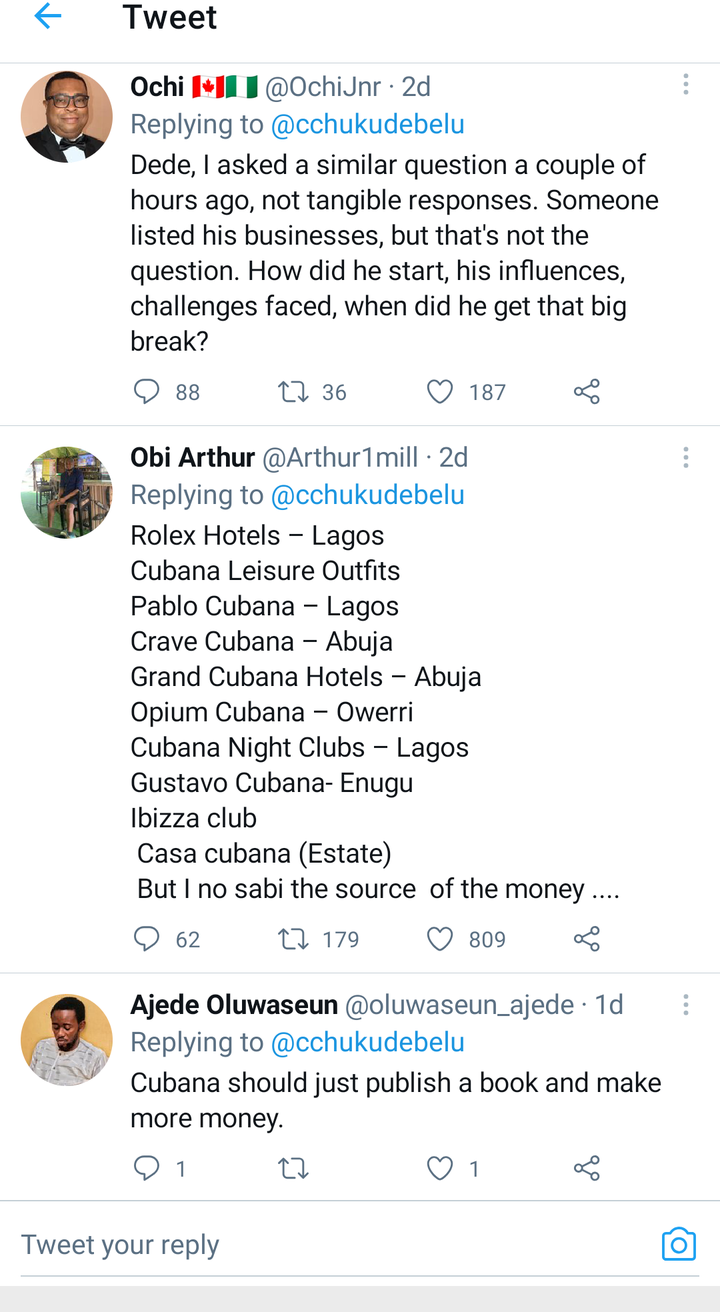 His response gathered over a thousand reactions and many wonders if these kind of businesses could give him the capacity to spend lavishly the way he did during his mother’s burial party.

Many also argued that based on experience, legally rich people do not spray money disrespectfully like Obi Cubana had done, citing examples like Dangote, BUA, etc. One particular person referred to the video showing how drug baron, Tony Chidi Onwrolu sprayed money for his pastor before being declared wanted for drugs and related offences. 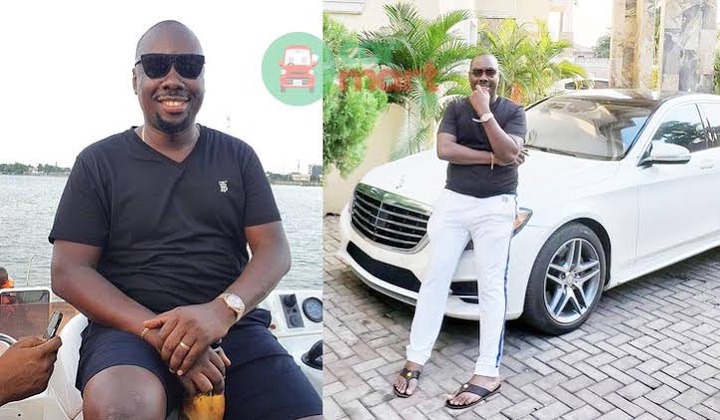 Content created and supplied by: ObohJr (via Opera News )