By Ijoyemedia. (self media writer) | 1 month ago 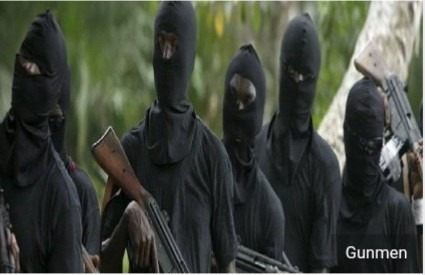 No fewer than five family members of a traditional ruler, Owalobbo of Obo-Ayegunle in Ekiti Local Government Area of Kwara State, on Thursday.

According to Kwara State Police Command, the traditional ruler's driver, security guard, his maid and his twice baby girls were said to have been the victims of the incident.

The Police Command's spokesman, Okasanmi Ajayi, in a statement released to newsmen in Ilorin on Friday, said the victims were kidnapped while on traveling along Osi - Obbo - Ayegunle road on Thursday.

The statement said further that the incident happened at about 1830 hours of the day while his vehicle Sienna with Registration Plate Number bearing Owalobbo of Obo-Ayegunle which was conveying the victims was abandoned along the road.

The statement said on receipt of the information, the Kwara State Commissioner of Police, CP Tuesday Assayomo dispatched the Anti Kidnapping and Tactical Units of the Command alongside local hunters and vigilantes to immediately commence a search and rescue operation in the area for possible arrest of the abductors and safe rescue of the victims.

The commissioner of police advised members of the public with useful information that can aid the quick rescue of the victims to make such information available to the command.