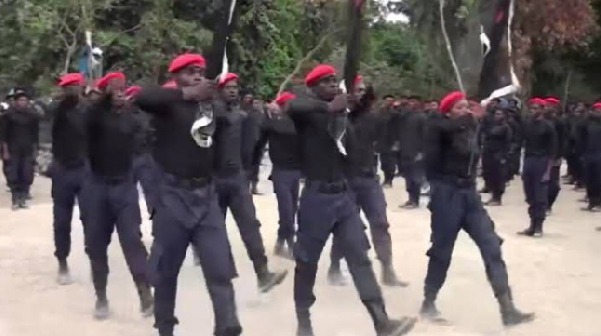 Considering the incident that happened last week in Owerri, Imo State where unknown gunmen who were alleged to be the Indigenous People of Biafra (IPOB) on the 5th of April, broke into the Correctional Prison in Owerri, Imo State and freed unconfirmed number of inmates as well as criminals at the State Criminal Investigation Department, so the presence of Nigerian soldiers in Imo State are needed in order to secure lives and properties.

There is urgent need for the ESN in Ebonyi State, after the attack which occurred 2 weeks ago on Obeagu community in the Ishielu Local government Area of Ebonyi State where suspected Fulani herdsmen who rode on 5 black Hilux vans invaded the community and killed more than 13 persons in sight, which caused a lot of panic in the state.

Here the presence of Nigerian soldiers are needed to keep watch and prevent further attacks on innocent people as well as protect properties.

Sometime last month it was reported that Fulani Herdsmen took over the Isiukwuato axis of Abia-State where they were alleged to have committed so many atrocities like kidnapping of people, raping innocent women, and destroying of farm lands but after the ESN invaded the area and destroyed their properties, and also killed their cows, the said perpetrators disappeared into thin air, and ever since nothing of such have been heard, so it's very necessary for the Nigerian soldiers to swing into action to prevent the incident from re-occurring again.

Delta State is undoubtably one of the states in the Eastern Nigeria that has suffered attacks from both Fulani Herdsmen and unknown gunmen, and just 2 weeks ago 2 policemen and a civilian were reportedly shot dead around Alaka junction on Warri-Sapele road in Uvwie local government area of Delta state by unknown gunmen who were alleged to have trailed the vehicle the Policemen escorted.

After the killings that happened 2 weeks ago in Adani, a major town in Uzo-Uwani Local Government Area of Enugu State, where Unknown gunmen invaded an Hausa community, killed 6 people and kidnapped several others.

These killings which was condemned by the community leaders who described it as a targeted killings by members of the outlawed group, should be the more reason why Nigerian soldiers should swing into action immediately to fish out these perpetrators in order to maintain a peaceful state.

Content created and supplied by: Wendyirene2020 (via Opera News )

In Pictures: Death and Devastation as Israel Attacks Pummel Gaza.

Check Out Popular Places And Motor Parks In Different States In Nigeria.

Dear Men, Don't Make A Proposal Until You Answer These 3 Questions To Avoid Public Embarrassment