By Newsmeniaf (self media writer) | 1 year ago

A man has fetched himself a jail term of eight years for illegally stealing over N1m from his employer's bank account.

The 35-year-old bartender named Godwin Job was accused of stealing his employer's ATM card through which he withdrew the sum of N1,079,290. He stole the sum of money from the Fidelity Bank account of his Employer named Olufemi Joseph Odusanya. 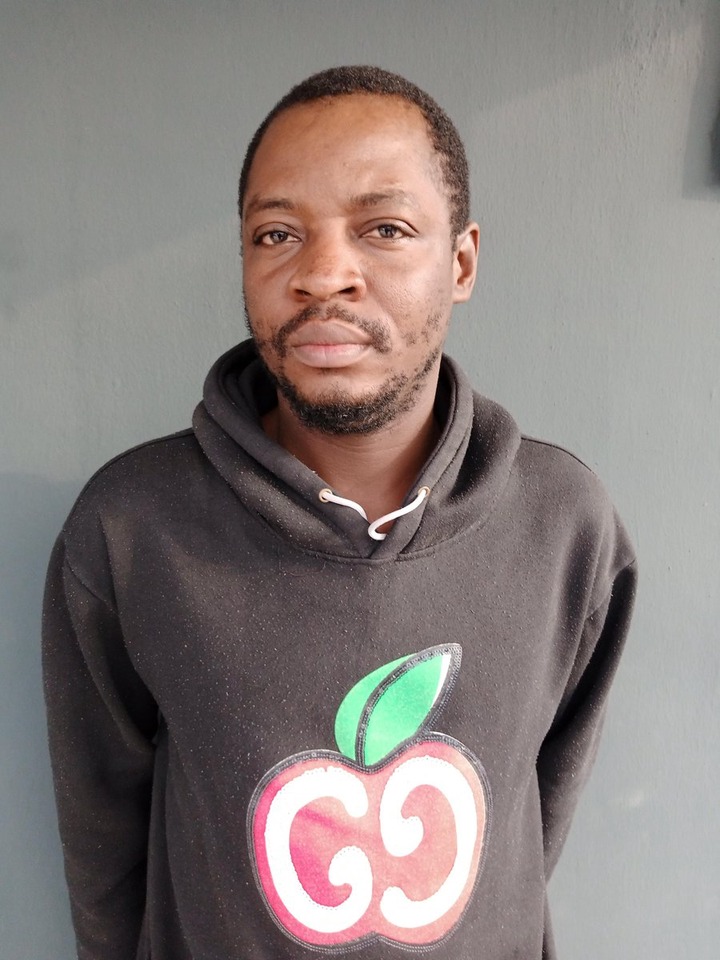 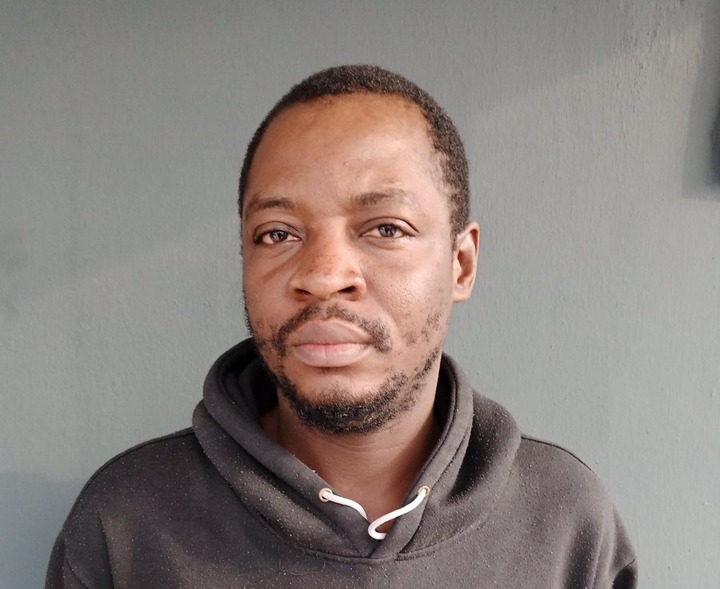 It was also revealed that the convict made a total of 14 transactions in less than 2 hours while withdrawing the sum of money. Though he pleaded not guilty to the charges leveled against him, the court still found him guilty of committing the act. 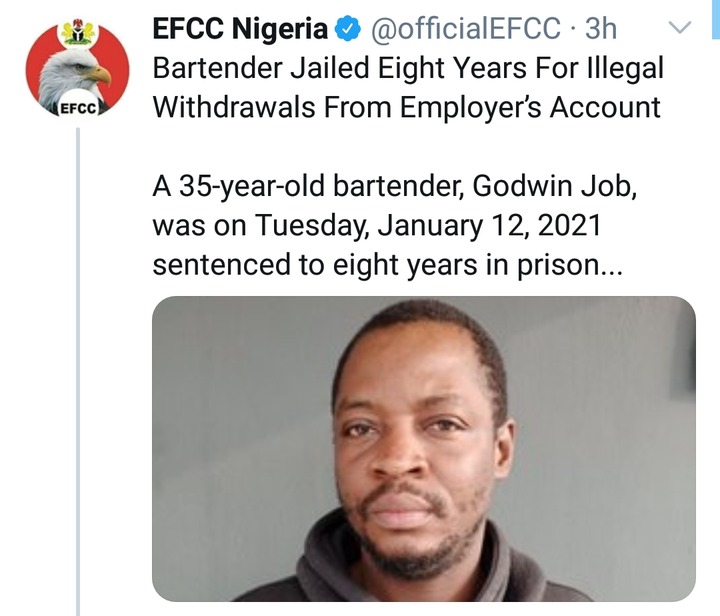 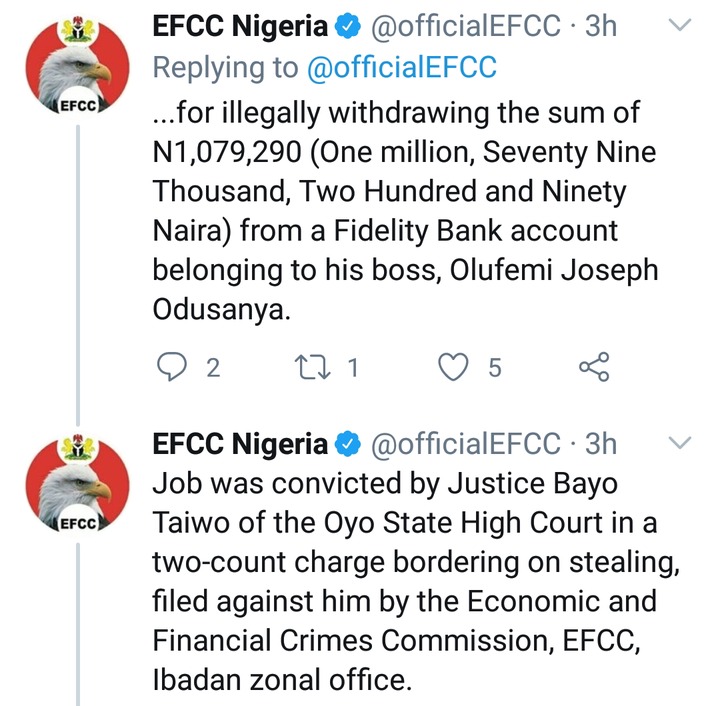 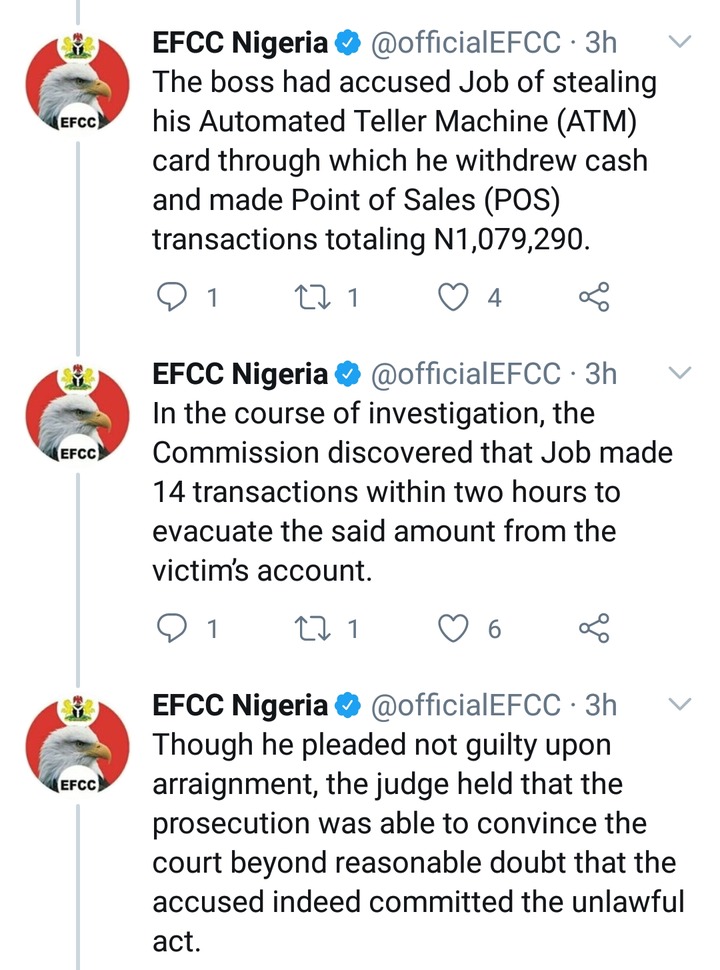 This was made known by the Economic and Financial Crime Commission (EFCC) through their official Twitter handle. However, the news has gotten mixed reactions from people as many criticized the jail term given to the man.

See various reaction from people below; 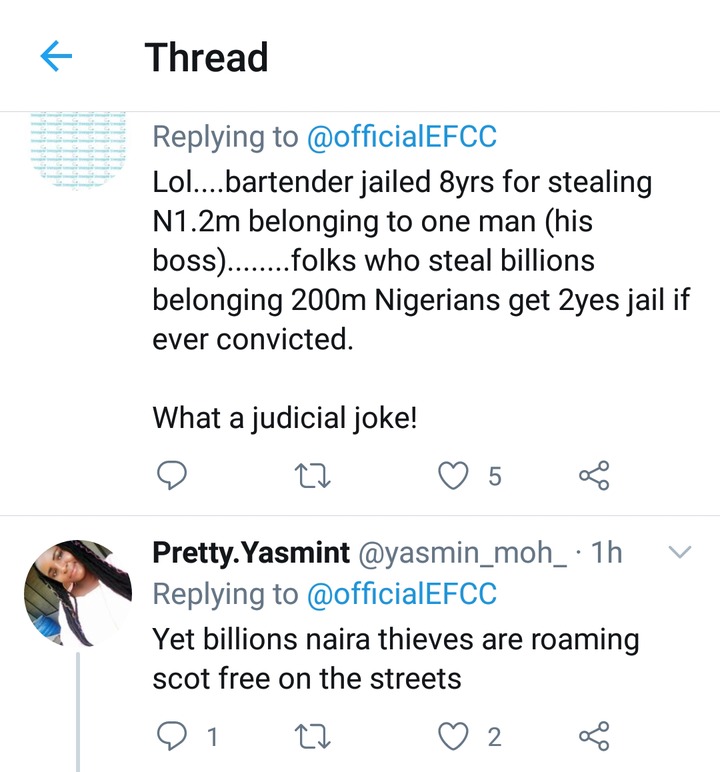 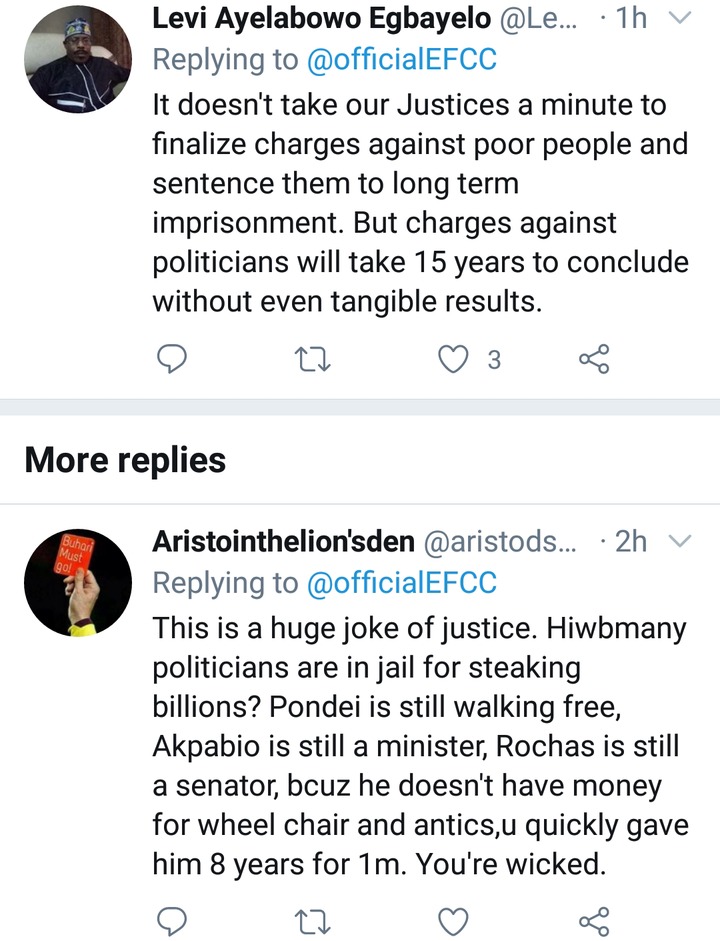 Having seen how people reacted to the news, you can as well share this article for others to see also.

Content created and supplied by: Newsmeniaf (via Opera News )