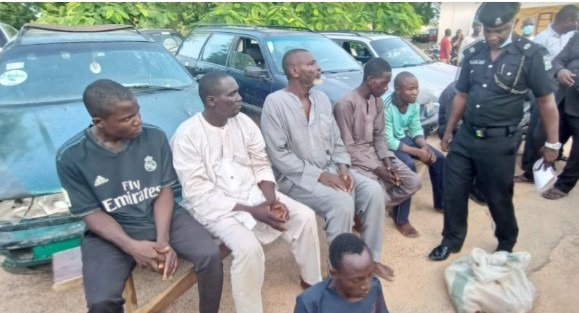 The Police Command in Katsina state has arrested six person that normally supplies fuel and bread to the bandit in the forest.

Mr Gambo Isah who is the Kaduna State Police spokesperson stated this today in a statement.

According to him, the six bandit were arrested from different location while trying to deliver the product to the bandit.

He said, two days back which is on 18 September, they arrested four drivers that normally buy fuel with their cars in large quantities and sell it to the bandit in the forest. The names of the drivers are;

He said the drivers buy fuel in large quantities and sell it to the bandit in forest. 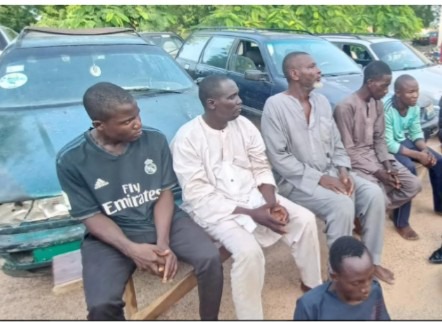 Mr Isah also said that, a 25 years Shafiu Muhammad was also arrested for buying petrol in large quantity using jerrican. Shafiu confessed that he normally buy fuel with jerrican in large quantity and sell it to the bandit.

Also, Hamisu Sani who supply bandit with bread was also arrested with a lot of bread packed in the sack while trying to make his way to the forest to deliver the bread to them.

According to Mr Isah, he said Hamisu has been warned on different occasions by the community leaders and security agencies to stop the business but he refuse.

He concluded by saying, all the six persons arrested by the police confessed to the crime.

This is how God will keep on exposing them, the rest will be arrested soon by his grace.

Content created and supplied by: Limah21 (via Opera News )