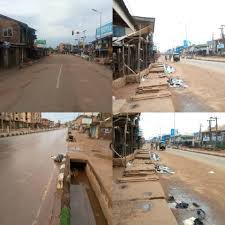 The Spokesman of the Indigenous People of Biafra, Emma Powerful, had announced a month ago that the States in the Southeast region of the country would hitherto observe a sit-at-home order on every Monday to protest the arrest and detention of its leader, Mazi Nnamdi Kanu. The order was obeyed across all the Southeastern States on the 9th of August this year. 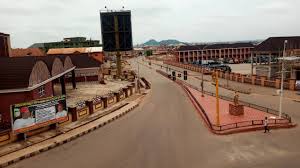 In a turn of events, Emma Powerful announced the suspension of the order a few days after the first exercise because the event was trailed by many loss of lives and properties of those who disobeyed the order. Millions of naira were also said to have been lost to the activity as Monday is usually the busiest day of business in the region. Meanwhile, almost a month after the suspension of the sit-at-home order, people still refused to come out for their routines on Mondays and here is the possible reason why it is so; 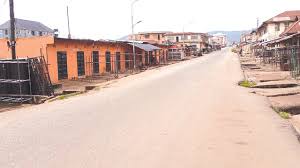 First of all, the live video coverages revealed by the Punch news today show that almost all the state capitals in the Southeast are empty including some of the busiest roads in Enugu, Anambra and Imo States. Even after some of the state governors had threatened to sack whoever refused to show up for work, all the secretariats in the region are deserted.

What this means is that people are still afraid that the secessionist members may attack those who come out for daily activities. It also means the people fear the group more than the sack threats of the state governments. 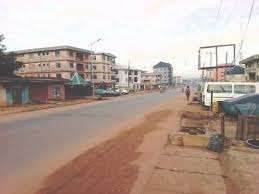 Furthermore, it was revealed that a truckload conveying motorcycle spare parts worth millions of naira was burnt in one of the states this morning by some hoodlums for disobeying the order, what this means is that, there is a possibility that the announcement made by the spokesperson of the group was a farce.

In addition to that, the video coverage of those who were killed and those whose property and businesses were destroyed on the first day of the exercise must have created fears in the heart of the people of the region. 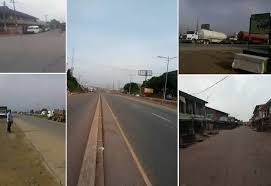 To further give credence to the above argument, it was observed by the Punch reporters that the areas that are closed to the military zones all opened for businesses, which means people around those areas are banking on the safety that the army would offer them from hoodlums.

Finally, there is another angle that some of those who choose to stay indoors every Monday might have done so out of genuine solidarity for the leader of the Indigenous people of Biafra Mazi Nnamdi Kanu, but there is no way of telling those who voluntarily stay at home from those who did so out of fear of being molested by miscreants.