By Cyrus.b (self meida writer) | 1 months

It's quite painful seeing or witnessing a horrible act done to another, after which the daughter of the Vice president of Nigeria, Kiki Osinbajo has narrated an ordeal, after she revealed CCTV footage of what a woman who came into her shop did to another customer. Kiki Osinbajo who owns a fashion shop has used the opportunity to encourage people to be more vigilante, and careful, as people are willing to do the unthinkable, after her encounter. According to Kiki who revealed how the woman allegedly stole amount worth 50,000 Naira. 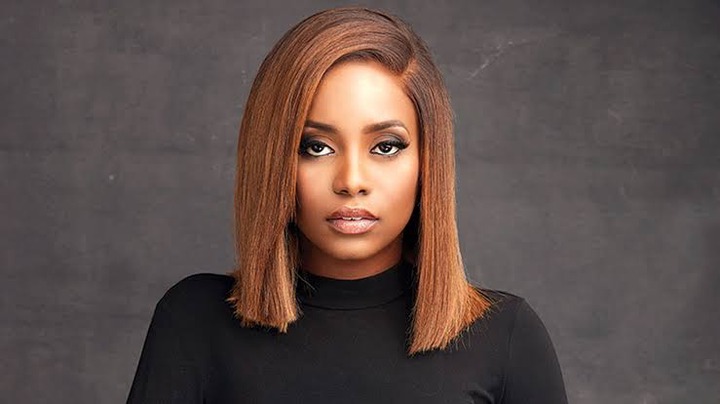 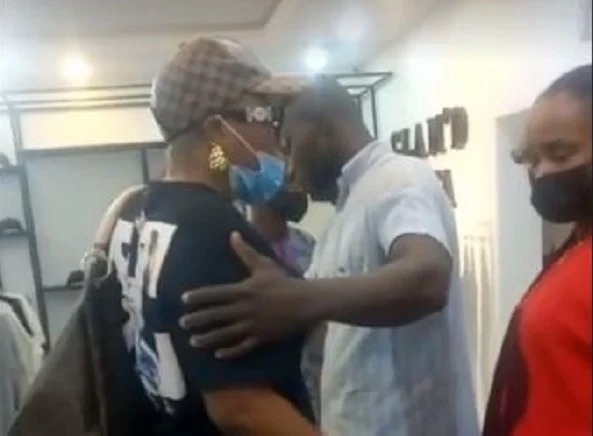 The vice president's daughter narrated that the woman wearing a black top came into her fashion store, and acted like she needed some clothes, after she had spotted a purse on the table. However, she requested from one of the staffs to get her more clothes to check which she will prefer, unknowingly for people, she had intended to cover the purse with the clothes, while still checking for more dress. Kiki Osinbajo revealed that soon the customer, the client who had the purse noticed the act, after her purse went missing. 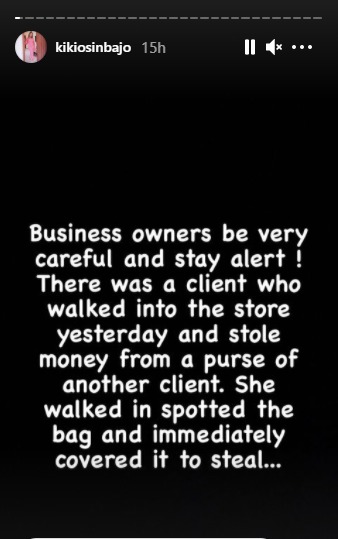 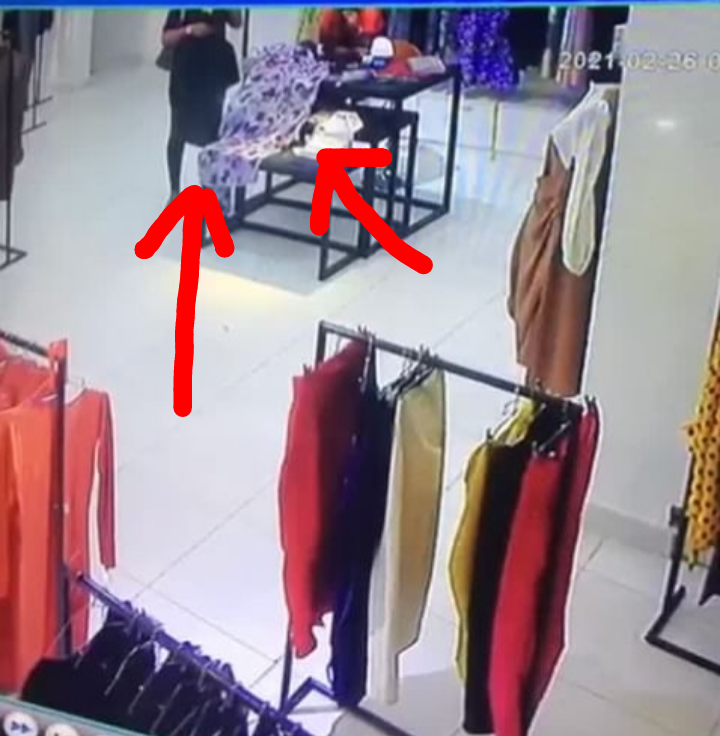 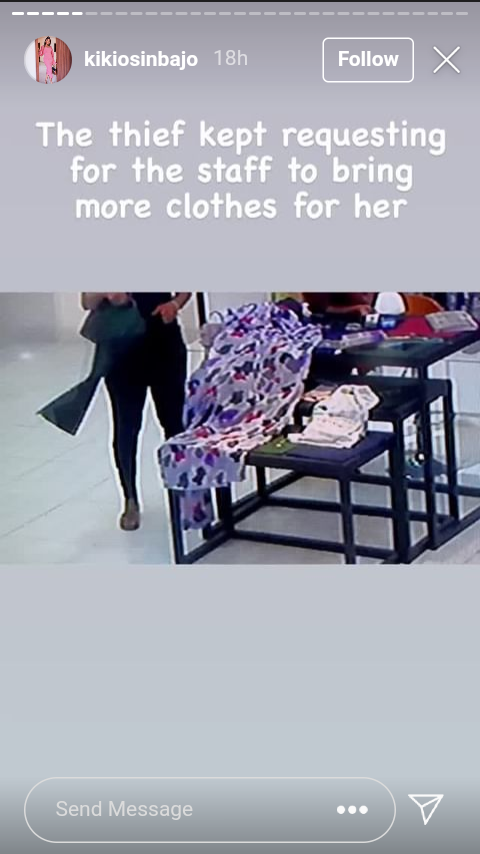 The customer and owner of the purse began in search, as the woman who allegedly stole the money voiced out saying everyone should be searched, after she had done her wrong deed. Kiki, the owner of the fashion shop who revealed that it isn't the first time she has stole, as she has done something similar in the past warned people to learn from such, and make sure that their staffs are attentive, so as to prevent such from happening. 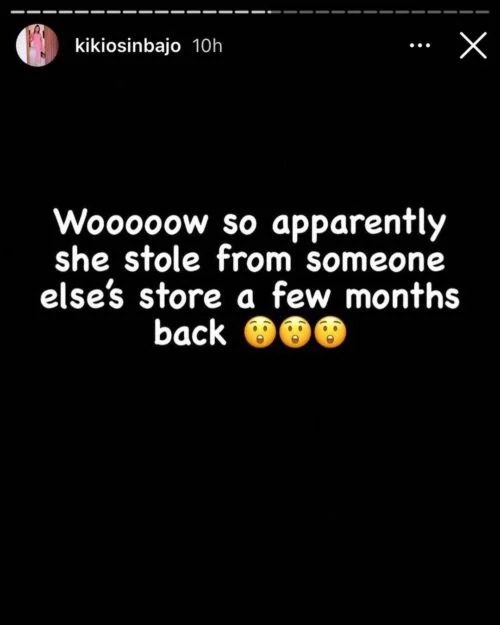 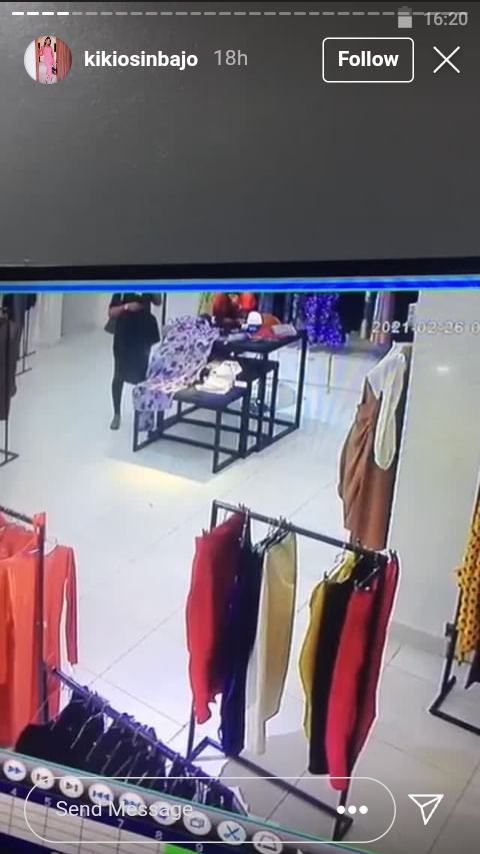 What a surprising deed indeed, as such woman could be seen doing such, hovering around, all trying to take what doesn't belong to her. What's your opinion towards this, put your thoughts in the comment section below and share to others, as you can like and follow us for more interesting stories all around the world. 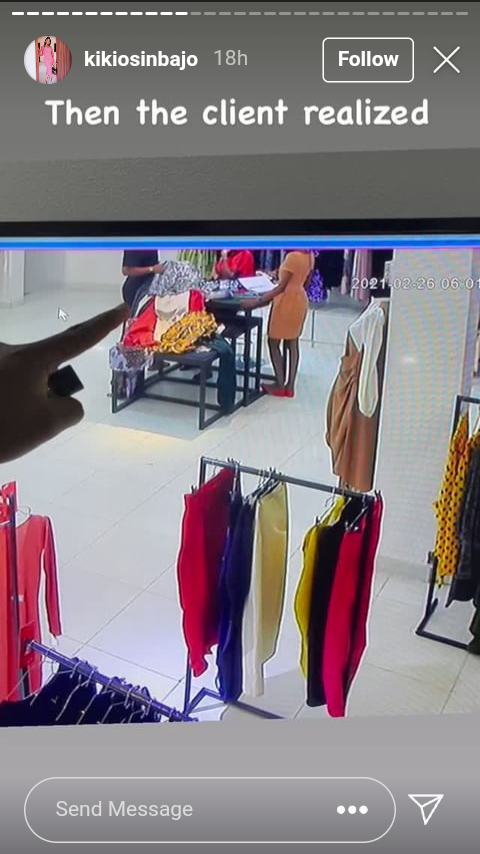 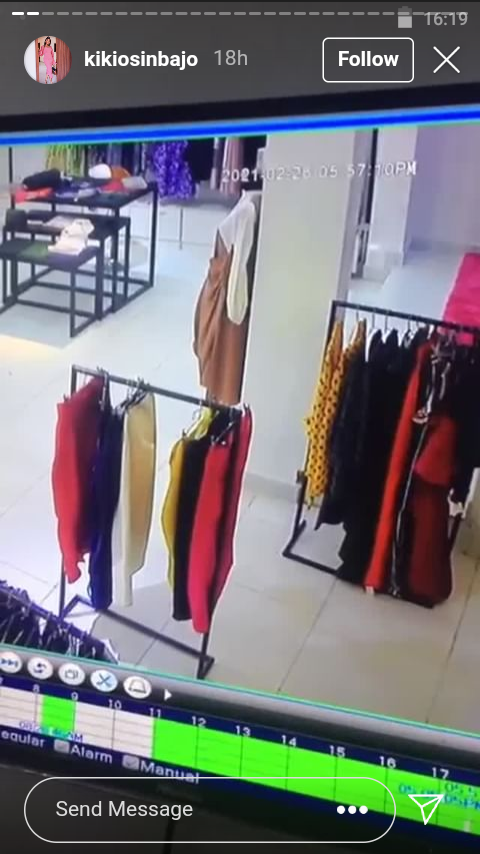 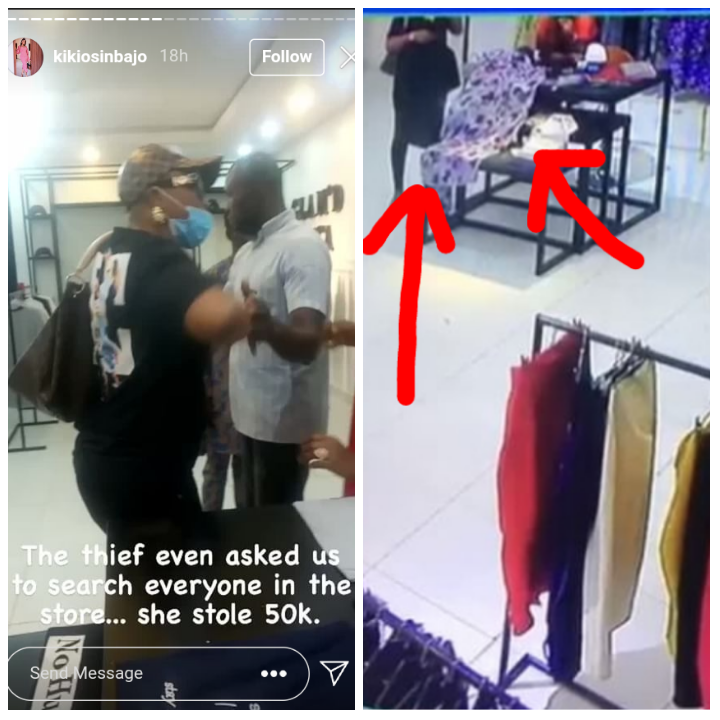 "Many Prayed For You To Live"- Nigerian Catholic Priest Pays Tribute To Comedienne, Ada Jesus

20 Beautiful Memories Of Ada Jesus Before She Died (Photos)