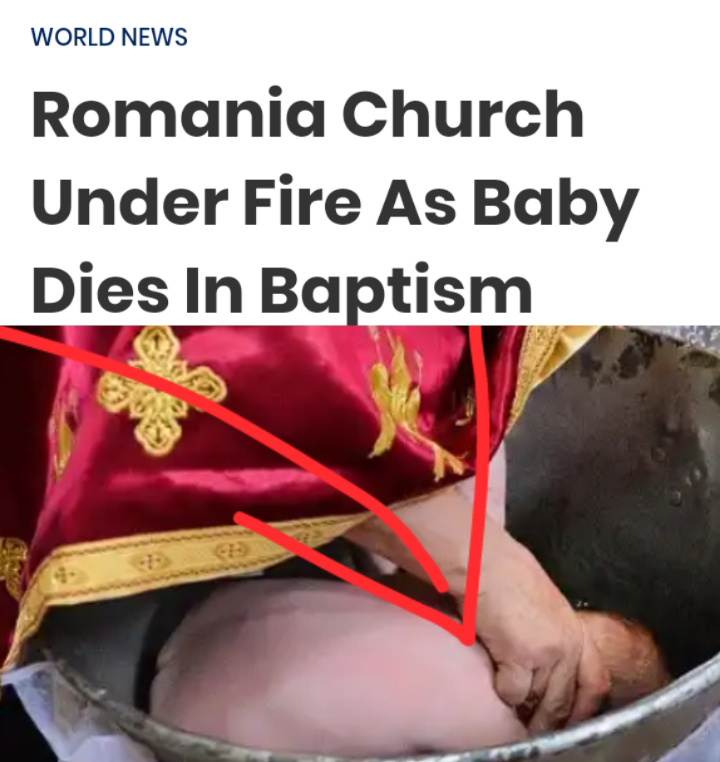 A Romanian Priest has now been been arrested and probed for man slaughter after a six-week-old baby suffered a cardiac arrest during the child's baptism. 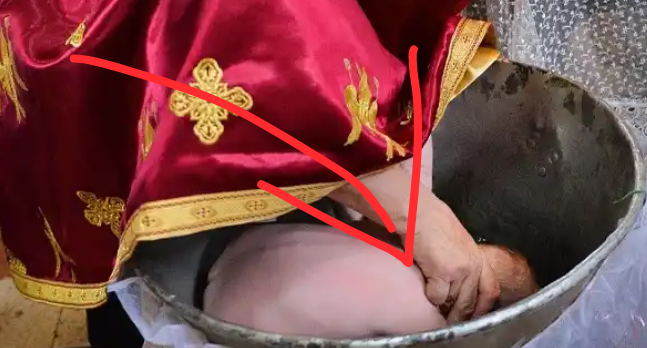 It was reported that the baby was rushed to the hospital after he was baptized but later died few hours later. According to the autopsy given by the doctors, it was revealed that liquid were his lungs, which justified that the child had died as a cause of taking in to much water via the cause of his baptism. 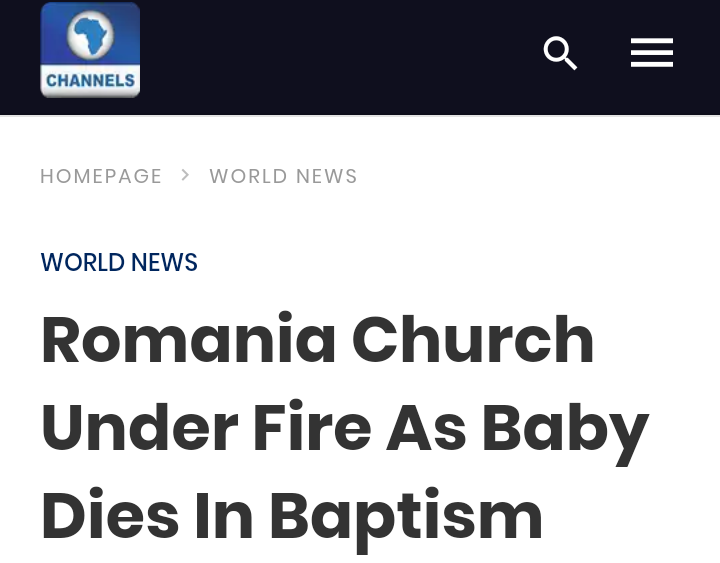 Taking to action, an online petition was made inorder to change this method of ritual and was said to have gathered more than 56,000 signatures by Thursday evening, yesterday.

But the Archbishop of the Church’s traditionalist wing, has now come out to day that the ritual would not change despite the online petition.

Meanwhile many Nigerians have now reacted to this report, with many criticizing the act. Some were against infact baptism, saying it wasn't scriptural.

here are their reactions below; 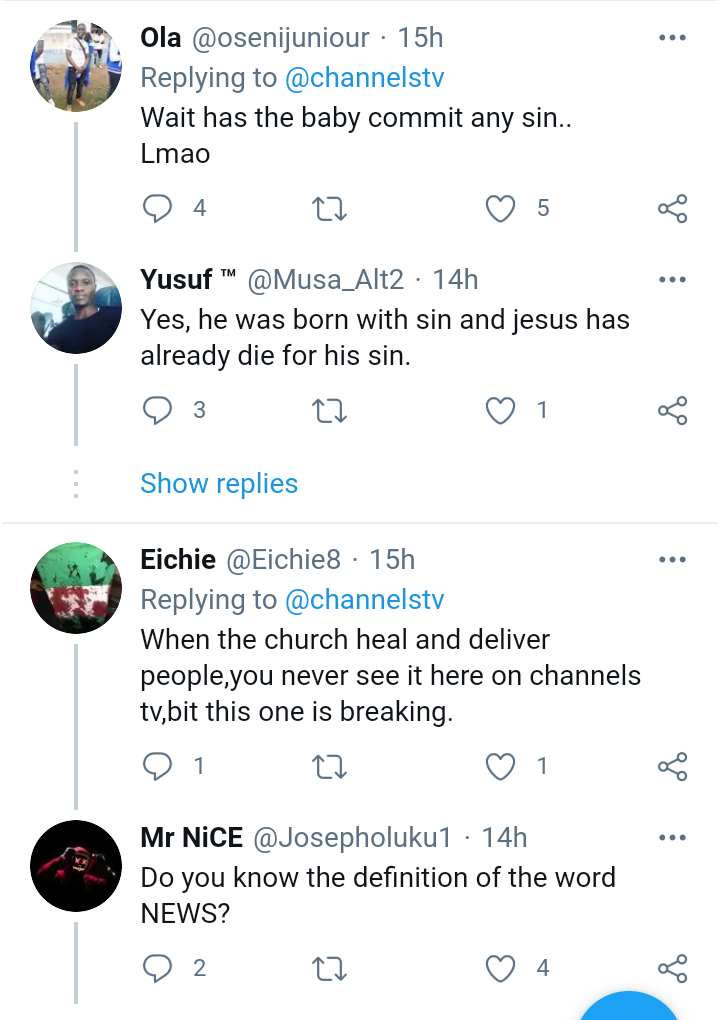 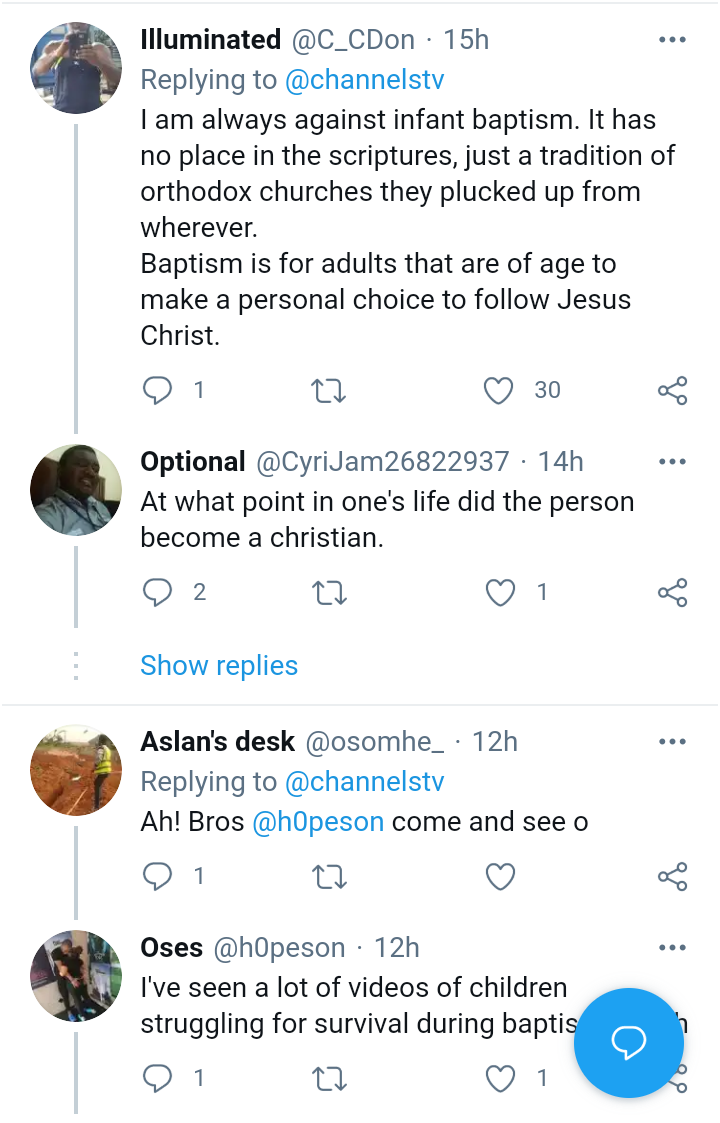 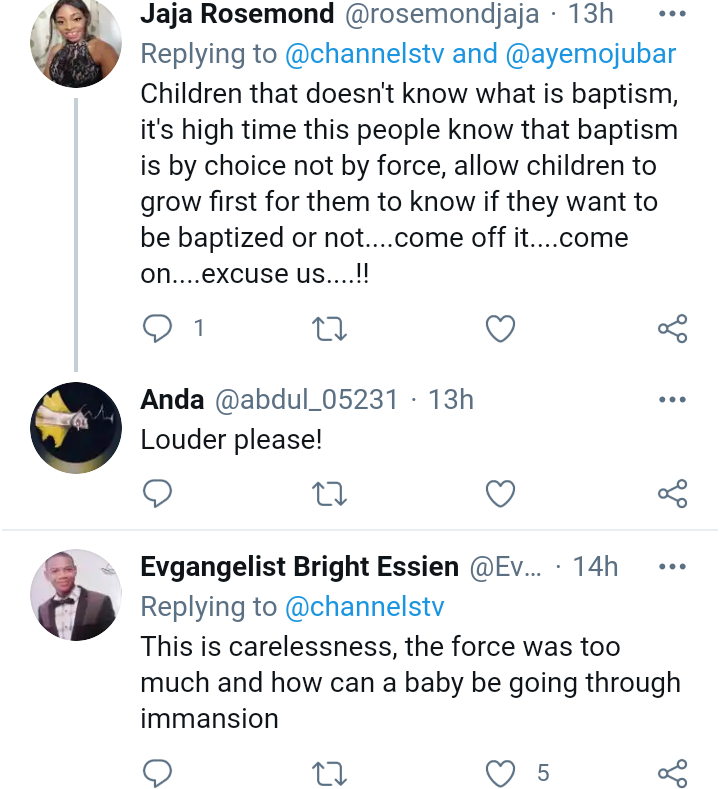 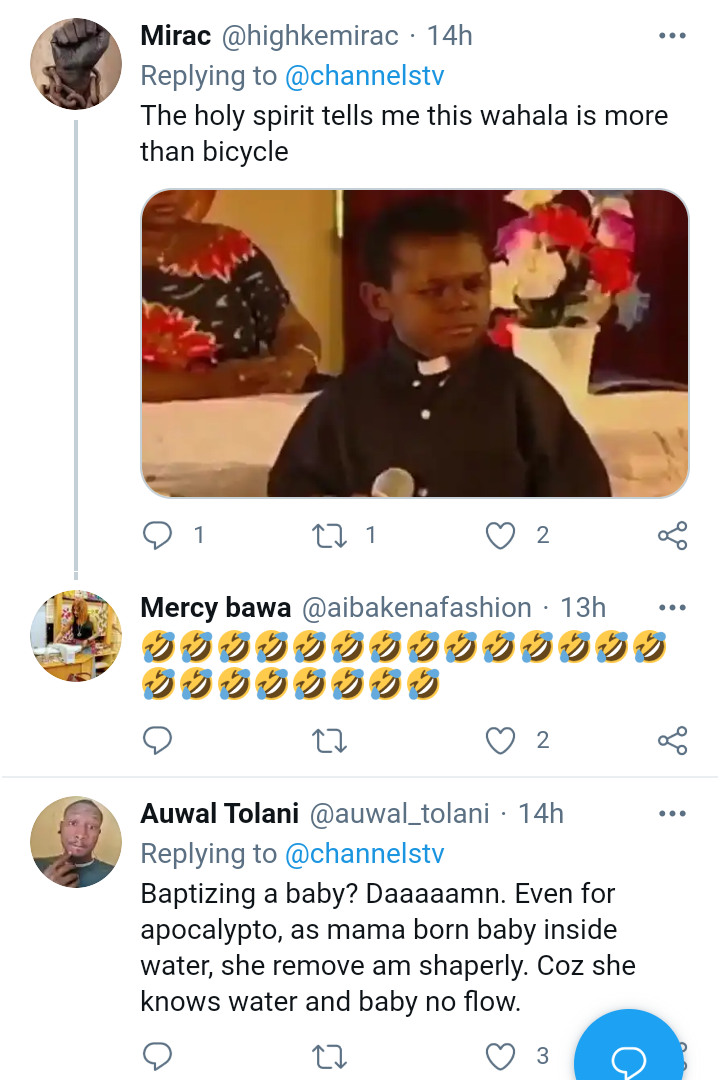 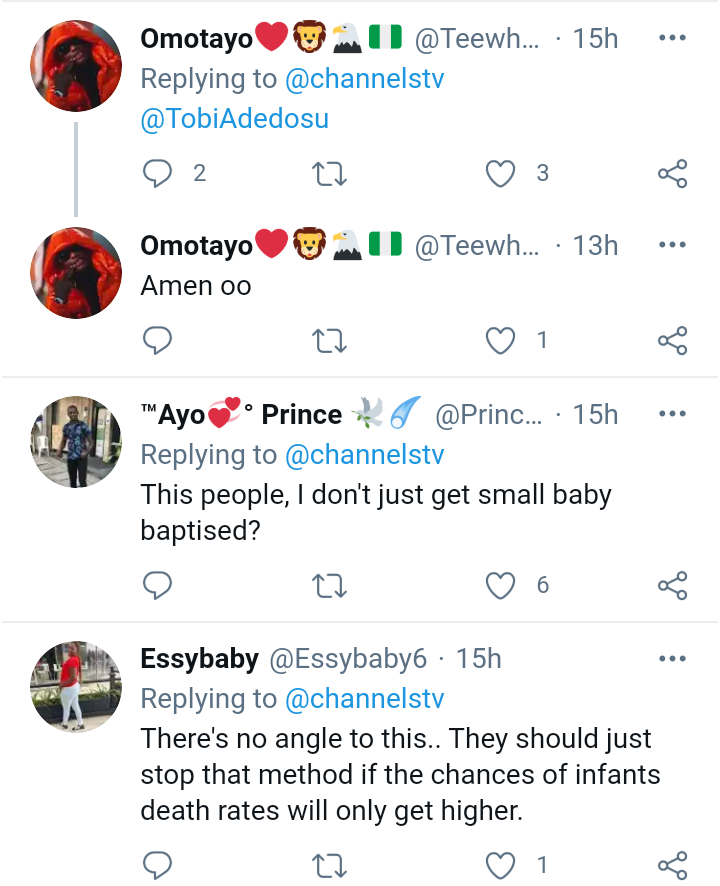 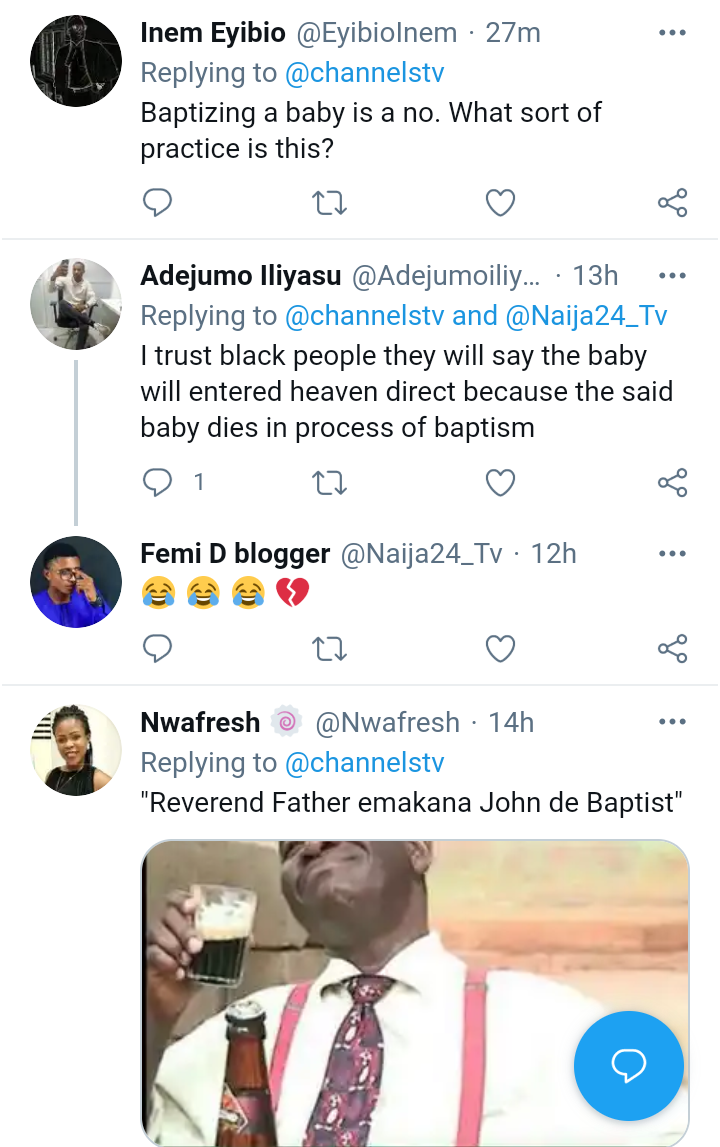 what is you say in this please?.