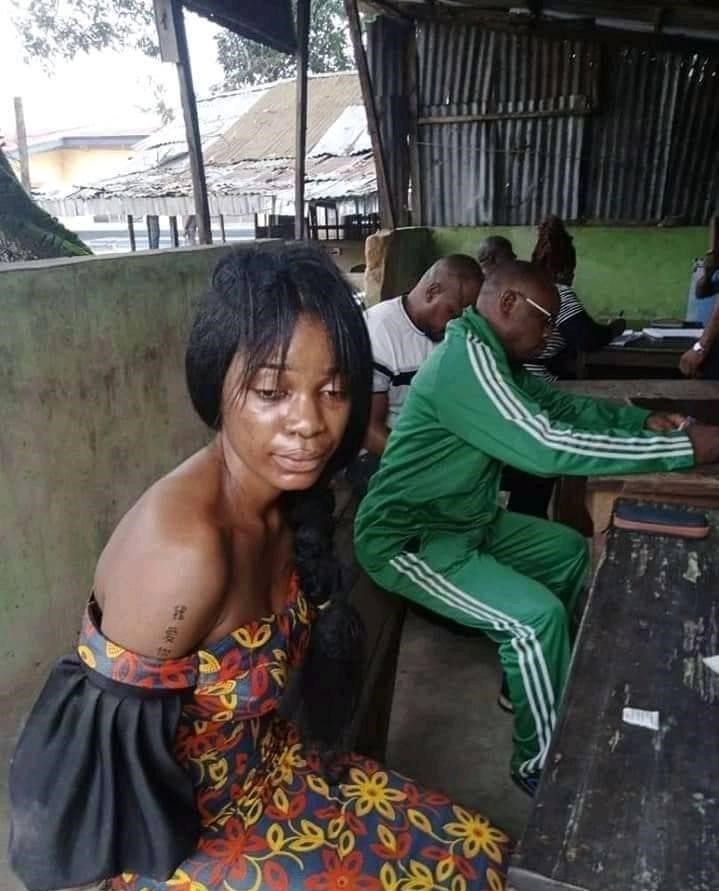 According to a disturbing news that was posted this afternoon, it was made known that the men of Akwa Ibom State Police Command have successfully tracked and arrested a young Nigerian lady for killing her boyfriend.

Information given concerning the incident made it known that, the suspect, whose name was given as Lauretta went to meet her boyfriend, Chukwuemeka in his house and during her visitation, she stabbed him severally and absconded with his N7m, his new Benz car and other valuables before she was caught in a hotel, where she went to party, after police trailed the car using car tracker.

1. We should be contended with what we have: If humans are satisfied with what they have, problems happening in the world today would have been half solved. Information given concerning the incident by one of the deceased's friend made it known that, Chukwuemeka before his departure promised to marry the suspect.

Had it been that Lauretta didn't murder her boyfriend because of his new Mercedes Benz he just bought, she would have gotten something more than what she stole from him.

2. Wealth gotten in dubious ways don't last: Before Lauretta murdered the deceased, she already thought of it that, she will steal his Jeep and change the documents to her own name, so that she can become the legal owner of the car she stole, not knowing that nemesis will catch up with her in few days.

Whatever thing we get illegally, comes back to haunt is, besides, we might not even use it for long.

3. Know your partner: It is best that before men enter into relationship with any woman, they should know what such woman is capable of doing because, the rate at which ladies are murdering their lovers over material things in Nigeria is alarming and as thus, men should be careful of the people they enter relationship with, so that they won't become victim.