It was sheer grace that saved passengers inside a commercial bus on Sunday, April 11, when the driver of the bus shunned the traffic light and in the process, crashed into an oncoming Sports Utility Vehicle (SUV) on the Lekki-Epe Expressway.

The incident happened around 4:00 p.m. when the driver of the bus full of passengers and coming from Ajah end of the road decided to ignore the traffic light at the Marwa Intersection indicating that he should stop and in the process, crashed into the Mitsubishi SUV which was coming from the other end of the road.

Following the incident, the passengers in the bus sustained various degrees of injuries and were given First Aid on the side of the road by paramedic officials of the Lagos State Ambulance Service (LASAMBUS).

The impact of the accident led to the SUV having its fender and some other parts damaged while the windscreen, the bumper and other parts of the bus were also damaged as the incident caused traffic bottleneck before the officials of the Lekki Concession Company (LCC) arrived the scene to control the traffic. 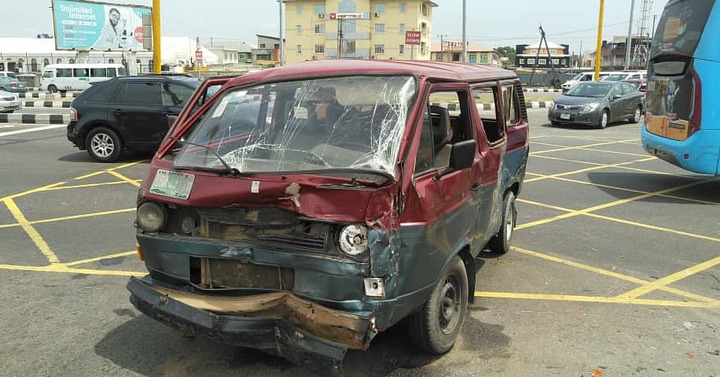 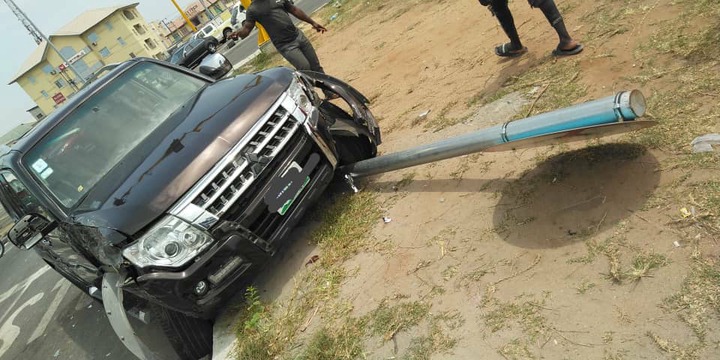 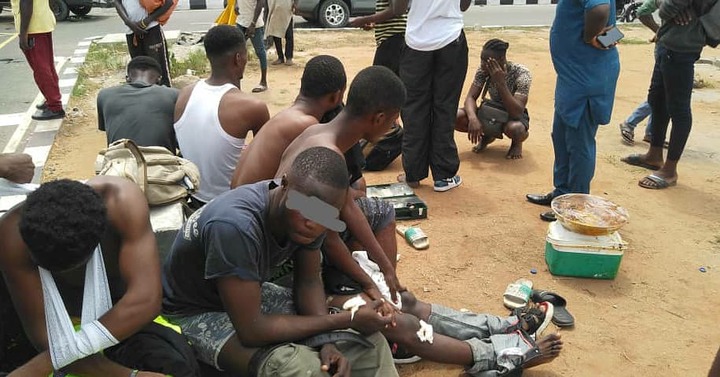 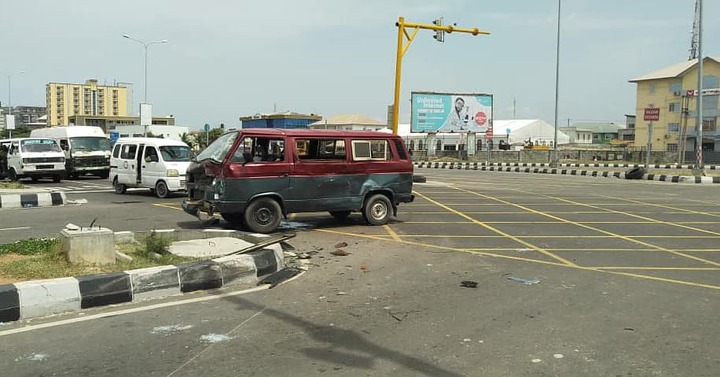 The incident was announced by the Lekki Concession Company, the agency in charge of the traffic monitoring and control on the Lekki-Epe Expressway, on its social media platforms, which added that police operatives at the Maroko division were invited to the scene who took the two vehicles away to their station.

According to the LCC which also reported the incident on its Twitter handle @LCCTollRoad: "A commercial bus ignored the traffic light at Marwa intersection and crashed into a Mitsubishi SUV. This resulted in some passengers sustaining injuries.

"The LCC patrol officers were at the scene of the incident while LASAMBUS paramedics were also around to offer First Aid treatment to the injured passengers.

"Policemen from Maroko Police Division were also contacted and they have taken the vehicles away to their station. Motorists are advised to adhere to all traffic laws at all times."

Today's Headlines: I Did Not Give IPOB N500 Million - Rochas, EFCC Staffs Take Oath Of Allegiance

To build joint strength, solidarity for global fight against COVID-19

Opinion: The 20 Most Active Appointees Of Governor Ben Ayade