By IPoliticus (self meida writer) | 5 days 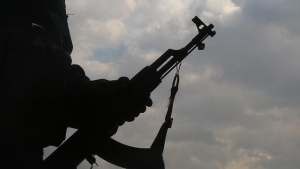 On Tuesday, MACBAN Secretary, Adamu Abubakar, confirmed the kidnapping in Lokoja, saying the victim, Wakili Damina, was taken on April 30 by gunmen dressed in military clothings at Chikara village in the state's Local Government Area.

According to reports, a group of about eight kidnappers arrived in a white bus at the victim's home around 12 p.m. and "forcefully" bundled him from his home.

Abubakar said he found out about an hour later about the development from the victim's younger brother, who witnessed it.

He also reported that he immediately dialed the missing Chairman's phone number, but that it rang out and was immediately turned off when he dialed it again an hour later.

The Secretary reported that he and some members of the association went to the Nigeria Police Force headquarters in Abuja to see if Damina was in custody, but that they told them no.

The Kogi State Commissioner of Police, CP Ede Ayuba confirmed the development yesterday to newsmen and that he and his men has since began efforts to locate and rescue him.

What do think might be the reason for the kidnapping?