By Adegori22 (self media writer) | 5 months ago

A Nigerian pastor that was recently accused of burying his deceased daughter without informing his estranged wife has told his side of the story. Pastor Raphael Ajijolaoluwa made some revelations during his interview with Peter Dada. 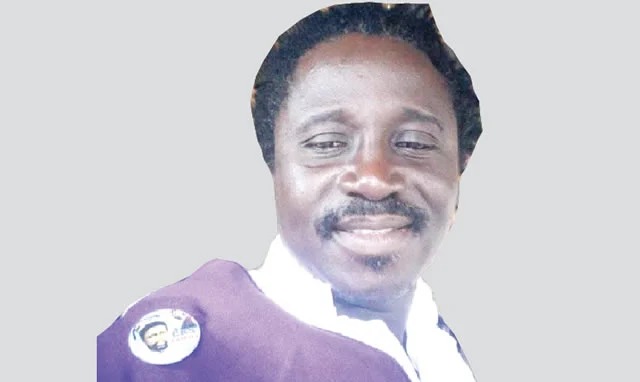 You may have heard that one Deborah Adeboriola accused her estranged husband of burying their child without her consent. Deborah claims that she got to know of her child's death through rumours. The accused father has since responded to the allegations levelled against him.

Speaking during his interview with Dada, Raphael stated that he has 'handed her over to God to judge'. He revealed that the child in question had a medical condition which affected her growth and the health issue was not a secret.

Explaining the health issue of their now-deceased child, the clergyman said, "The recently deceased girl was suffering from convulsion and some other ailments which had affected her growth. We took her to the hospital and spent a lot of money on her until we ran short of money. Everyone knew she had health issues; her growth was retarded, she could not walk and talk at that age. I didn’t kill my daughter as she has alleged. My estranged wife didn’t call me or look for me. When the girl died, I told one of the elders in the church to inform her mother, and two of her uncles went to pay my mother a condolence visit on the incident."

The Pastor also discussed some of the issues which led to his separation from Deborah by saying, "As of that time, she worked with a marketing company and they were the ones controlling her. She would drop the sick young girl, who could neither walk nor talk and had a health issue, to follow the marketing company about. She abandoned the children and me for over two years."

Pastor Raphael swore in God's name that he tried concerning his estranged wife. He claims that he gave her N160,000 to start a business of her own. He added that he also gave Deborah N25,000, N40,000, and N50,000 during their marriage, but nothing came out of it.

You may recall that Deborah accused Pastor Raphael of beating her whenever she confronted him about his alleged infidelity. Responding to the allegation, the estranged husband said, "You, as a husband, can you take it? A married woman, the wife of a pastor, would leave her home and children, with another man for three days in a hotel, under the guise of going for a company’s training, sometimes, for three days, at times, six days. Which man would allow that?"

Pastor Raphael Ajijolaoluwa, however, expressed readiness to take Deborah back if she is ready to come back to him. The clergyman advised his estranged wife to beg his mother because his family members were also unhappy about what she did.