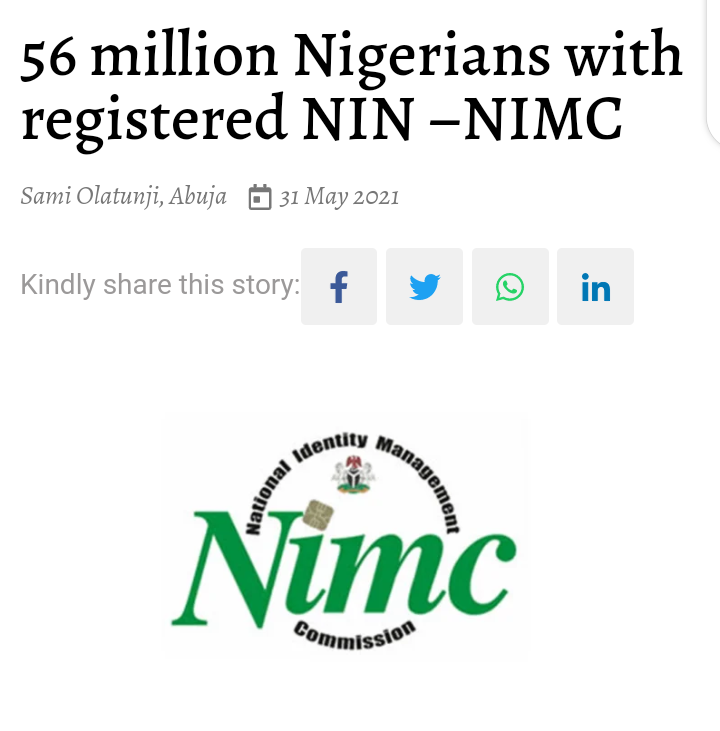 He said this on Monday at the virtual launch of a new national policy and four digital projects. 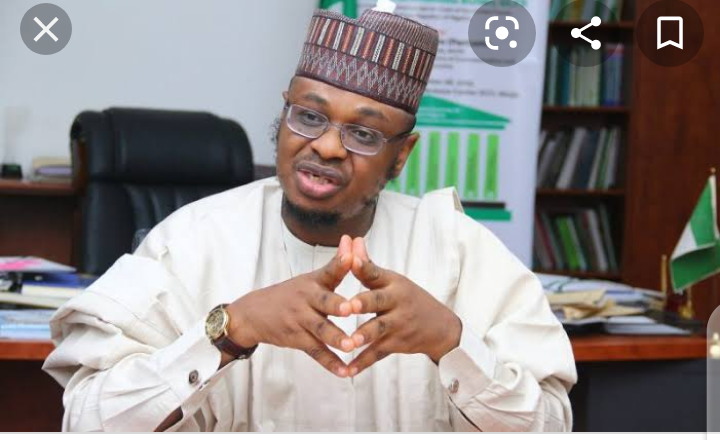 “As of today, NIMC has been able to register 56 million Nigerians with their NIN and that has been possible since Dr Isa Pantami took over as Minister of Communications and Digital Economy in October 2020. 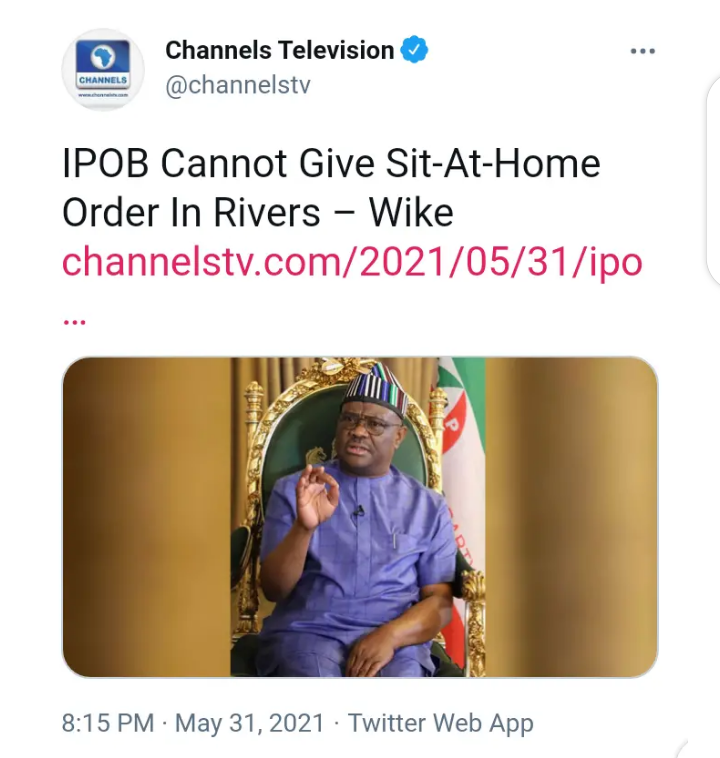 Wike stated this on Channels Television’s Politics Today, adding that Rivers is a South-South state and not one of the South-Eastern states. IPOB had through its spokesperson, Emma Powerful said human and vehicular movements would be restricted across the South-East on Monday to mark the 54th anniversary of Biafra. 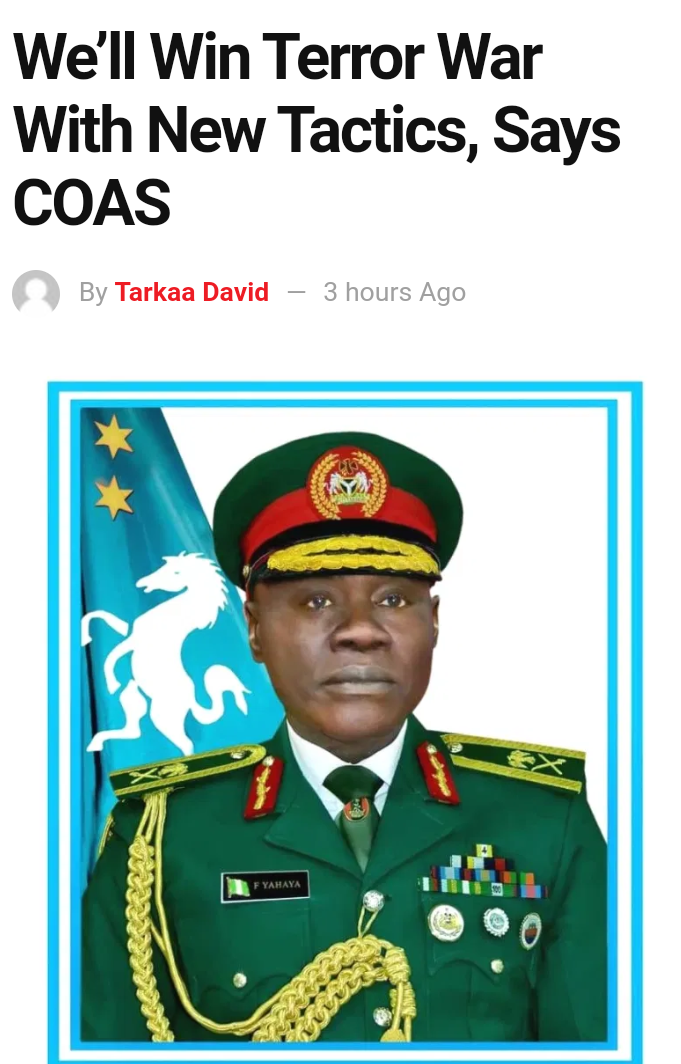 The Chief of Army Staff (COAS), Major General Faruk Yahaya, said the Nigerian Army under his watch will defeat terrorism with modern processes, strategies and tactics.

during a meeting with principal staff officers, field commanders and general officers commanding (GOCs) at the Army Headquarters in Abuja.

The COAS pledged to provide exemplary leadership to the Nigerian Army and serve as a rallying point for officers and soldiers while widely consulting with critical stakeholders. 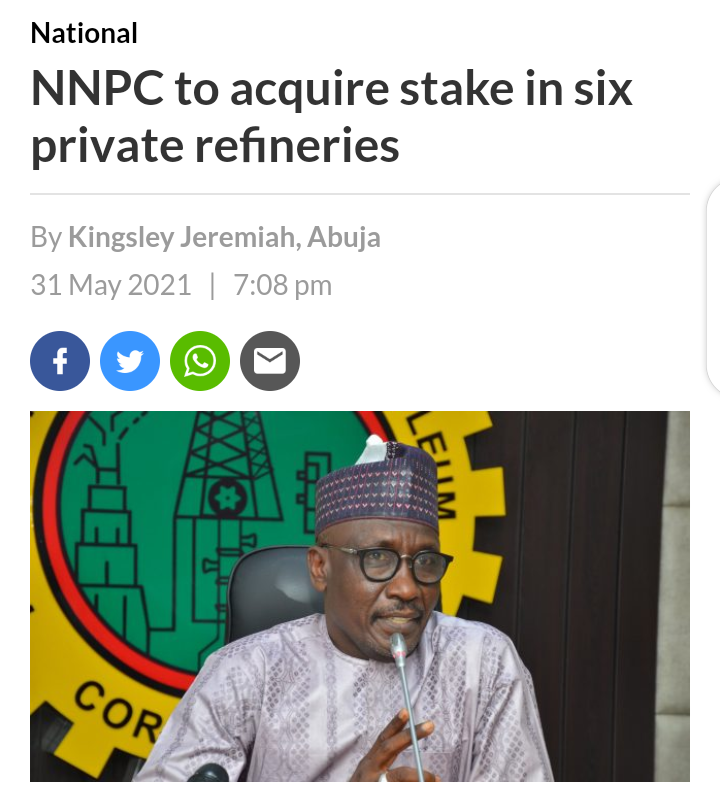 The Nigerian National Petroleum Corporation (NNPC) Monday said there is no going back on acquiring equity in six private refineries which are being developed in the country.

A spokesman for the corporation, Kennie Obateru, in a statement noted that the move was in line with plans by the Federal Government.

Daddy Freeze Reacts As Man Challenges Him To Heal A Mad Man In Lucifer’s Name. 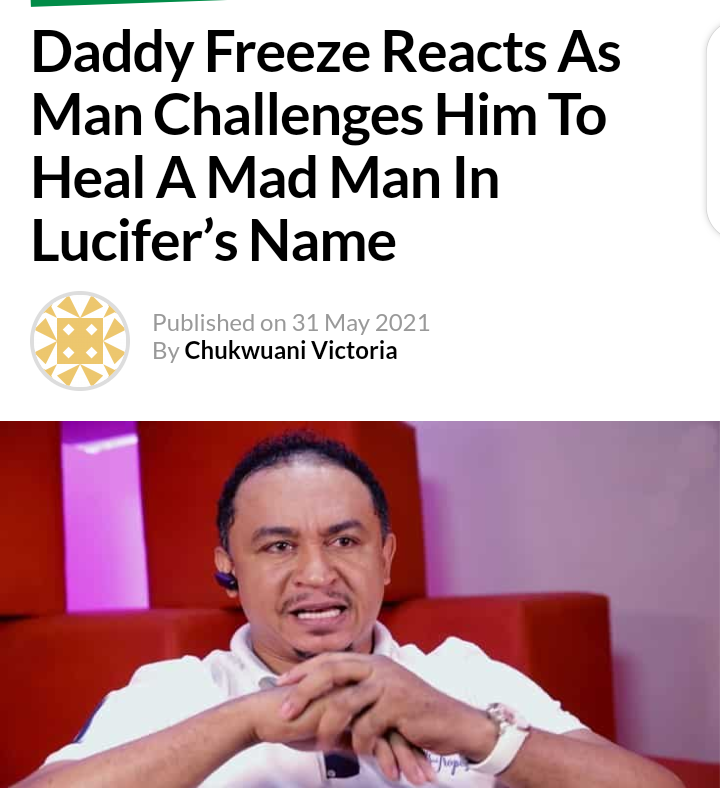 He wrote; I declare to you today that praying in the name or title ‘Lucifer’ is more potent than praying in the name your colonial masters gave your savior. Jesus has NO meaning in Hebrew, Aramaic, Greek, Latin or English, while Lucifer’ on the other hand means ‘light bringer’ as used in the original Latin scriptures quoted below, correctly translated from the Greek word ‘φωσφόρος’ which has the 100 percent exact same meaning as Lucifer. Below, you can clearly see a well documented instance of Peter calling Christ ‘Lucifer’ in the Latin Bible and ‘φωσφόρος’ in the Greek Bible. 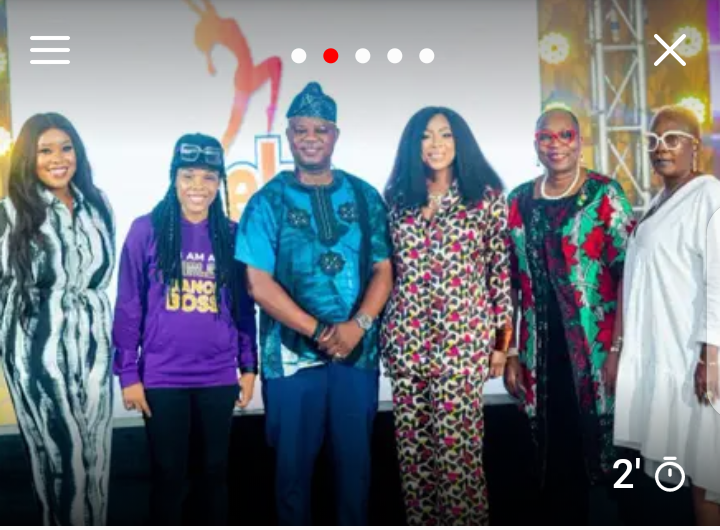 Lagos State Ministry of Tourism, Arts & Culture and EbonyLife Place partnered with Imagneto, the dance company founded and led by popular dancer, choreographer and entrepreneur Dr Kafayat ‘Kaffy’ Shafau, to stage a live dance extravaganza, EkoDance. The event which held on Tuesday 25th May 2021 was aimed at creating greater awareness of the importance of dance in Nigerian culture, and giving a platform to some of the most exciting dance companies from Lagos and beyond. 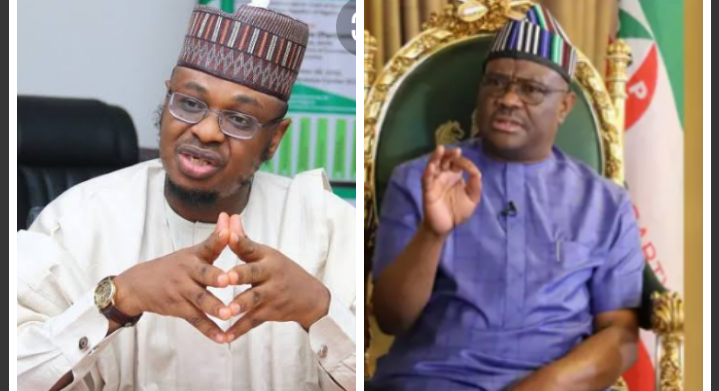